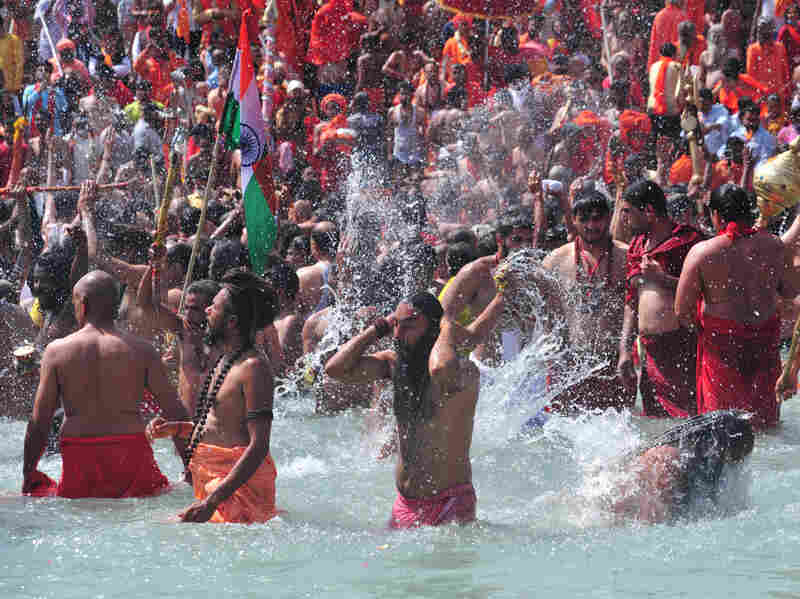 Men take a holy dip in the Ganges River on the occasion of first royal bath of Shivratri festival during Maha Kumbh Festival in Haridwar, India. 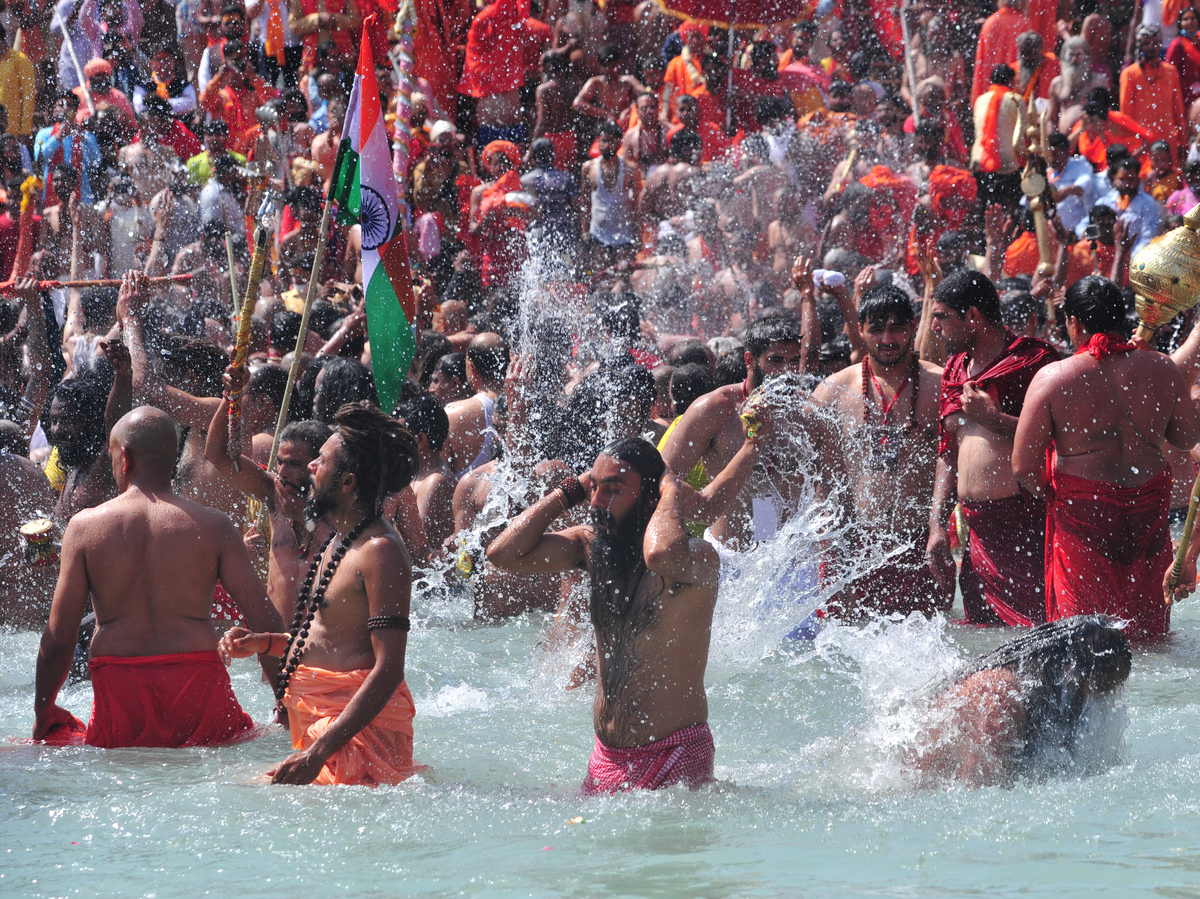 Men take a holy dip in the Ganges River on the occasion of first royal bath of Shivratri festival during Maha Kumbh Festival in Haridwar, India.

HYDERABAD, India — One of the largest gatherings of people in the world continues in northern India amid a sharp rise in coronavirus cases and a weakening supply of vaccines.

Almost 3 million Hindu pilgrims have bathed in the Ganges River as part of this year’s Kumbh Mela festival, raising concerns that the festival could become a super spreader event. On Monday, the festival’s second-holiest day, India’s health ministry reported nearly 170,000 new coronavirus infections. India’s total caseload has become the second-highest in the world after the United States.

On the banks of the Ganges, Hindu prayer music is interrupted by whistles from police, trying unsuccessfully to enforce social distancing rules.

Police are using artificial intelligence-enabled surveillance cameras to spot people not wearing masks. But because of the huge crowds, it’s practically impossible to issue fines on those not abiding by the rules, Sanjay Gunjyal, who’s in charge of security for the festival, told local media.

India’s drug regulator authorized the Russian vaccine Sputnik V “for restricted use in emergency situations” Tuesday, making it the third available vaccine in India. The country has so far administered more than 100 million doses of vaccines but at this rate, experts say it would take years to immunize the entire population of nearly 1.4 billion.

Even as the virus surges to its worst level, daily life remains unaffected in most parts of the country. Prime Minister Narendra Modi and other politicians have addressed massive campaign rallies in several states holding local elections.

When Muslim scholars held a congregation in New Delhi last year, before India’s lockdown, politicians and many from India’s Hindu majority blamed Muslims for spreading the coronavirus.

Last month, when reporters asked Uttarakhand’s chief minister about COVID-19 concerns ahead of the Hindu Kumbh Mela festival, he said no one would be stopped from coming because of the pandemic.

“Pilgrims’ faith will overcome the fear of the virus,” he said.