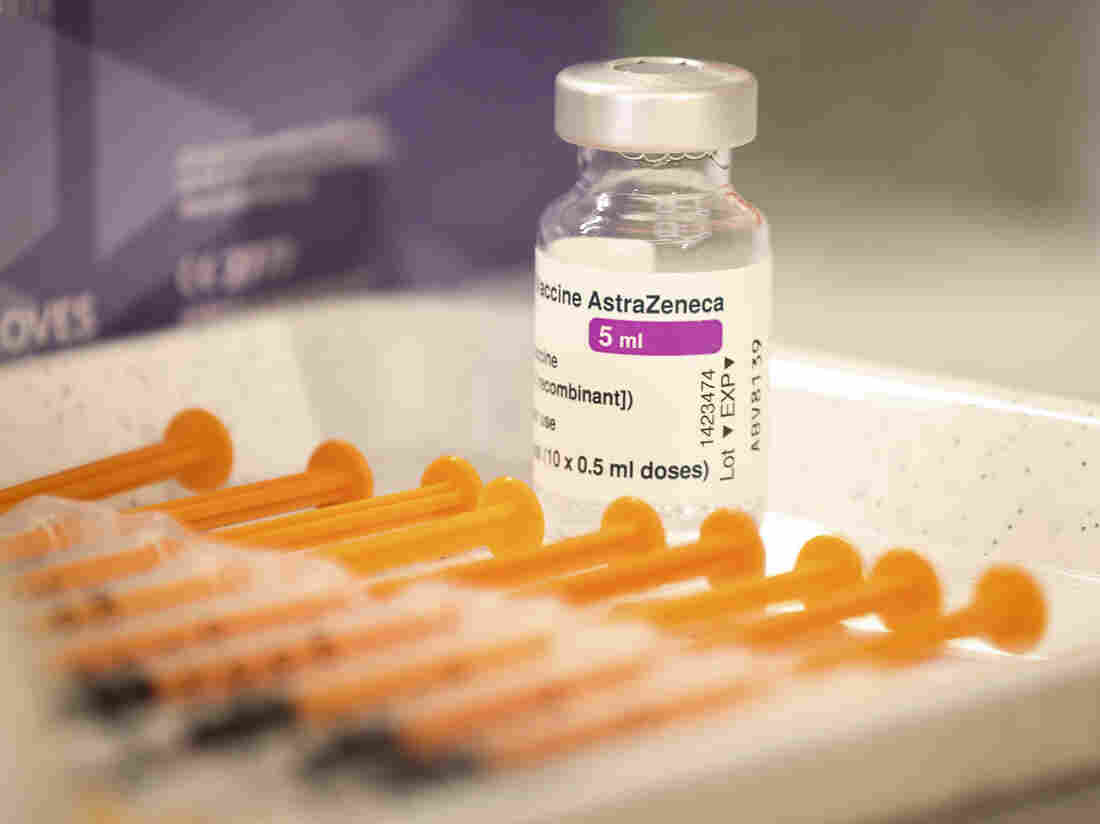 The European Union’s drug regulator said Wednesday that the benefits of AstraZeneca’s COVID-19 vaccine outweigh its risks, but that rare blood clotting events should be listed as a possible side effect.

The European Medicines Agency’s assessment comes after a panel of experts reviewed reports of unusual blood clots occurring in some vaccine recipients. Officials stressed these events are rare and said that while they appear to be more common in women under the age of 60, there is not enough available evidence to confirm specific risk factors such as age, gender or previous medical history.

They said it is important for health care providers and the public to be aware of the signs and symptoms of these unusual events — which include shortness of breath, persistent abdominal pain and leg swelling — and that the vaccine’s product information will be updated to list them as a possible adverse reaction. They are still recommending its use and emphasized the vaccine has been proven to prevent severe disease, hospitalizations and deaths.

In a statement, the agency said health care professionals and vaccine recipients should be aware of the “possibility of very rare cases of blood clots combined with low levels of blood platelets occurring within 2 weeks of vaccination.”

The regulator’s Pharmacovigilance Risk Assessment Committee noted that the recorded blood clots occurred in veins in the brain and abdomen, and in arteries, combined with low levels of blood platelets and “sometimes bleeding.”

As of Sunday, the European Union’s drug safety database had recorded 169 cases of blood clots in the brain, also known as cerebral venous sinus thrombosis, and 53 cases of those in the abdomen, or splanchnic vein thrombosis, in the European Economic Area and United Kingdom — where some 34 million people had received the vaccine.

Dr. Sabine Straus, the chair of the committee, said there was a “probable causal association” between the rare clots and the vaccine. It is too soon for the European Medicines Agency to identify a definite cause of the rare condition, conclusively determine risk factors or recommend any specific measures to reduce risk, officials said.

They noted that one plausible explanation for the combination of blood clots and low blood platelets is an immune response triggering a condition similar to one seen occasionally in patients treated with the blood thinner heparin.

The agency said it will continue to monitor the cases and issue new recommendations as necessary. It has also commissioned further research by AstraZeneca.

“This case clearly demonstrates one of the challenges posed by large-scale vaccination campaigns,” Cooke said. “When millions of people receive these vaccines, very rare events can occur that were not identified during the clinical trials.”

But it also demonstrates that the region’s pharmacovigilance system works, she said, as the unusual events could be quickly identified, analyzed and acted on.

It said the shot’s benefits continue to outweigh any risk but advised “careful consideration” be given to individuals at higher risk of specific types of blood clots due to a medical condition.

It did not recommend age restrictions in the vaccine’s use, but Britain’s Joint Committee on Vaccination and Immunisation said the same day that it would be better, when possible, for adults under the age of 30 with no underlying conditions to be offered an alternative.

“We are not advising a stop to any vaccination for any individual in any age group,” Wei Shen Lim, COVID-19 chair for that committee, said at a briefing, according to Reuters. “We are advising a preference for one vaccine over another vaccine for a particular age group, really out of the utmost caution, rather than because we have any serious safety concerns.”

Last month, reports emerged of dozens of blood clots occurring after vaccination, several of them fatal. That prompted more than a dozen countries, mostly in Europe, to suspend temporarily use of the AstraZeneca vaccine, though the European Medicines Agency and World Health Organization both continued to recommend its use.

Many of those countries resumed inoculations after a European Medicines Agency investigation last month found that the vaccine’s benefits far outweigh its risks, with officials pointing out the number of “thromboembolic events” reported after vaccination was actually lower than expected in the general population.

The regulator announced on March 18 that its preliminary investigation had determined the vaccine to be safe and effective, and said there is no increase in the overall risk of blood clots associated with its use, even as some questions remained.

Several of the countries to resume AstraZeneca vaccinations have done so with conditions; for example, French health authorities are recommending it only for people ages 55 and older, Germany suspended the “routine use” of the vaccine for people under 60 and South Korea said Wednesday it will temporarily withhold the vaccine from people under 60.

And on Tuesday, the University of Oxford announced it was pausing a small trial in the U.K. that would test the vaccine on individuals ages 6 to 17 as it waited for more data on the blood clotting reports.

The AstraZeneca vaccine has been approved by many countries across the world, and its affordability — at just $4 a dose — and minimal handling requirements make it ideal for global use, as NPR has reported.

The WHO in February approved the vaccine for emergency use to be rolled out globally through COVAX, an international effort to help low- and middle-income countries combat the pandemic. And the Biden administration said last month it was finalizing plans to loan millions of doses to Mexico and Canada.

It is not currently being used in the United States. The company has said it will seek emergency use authorization from the U.S. Food and Drug Administration, which would make it the fourth coronavirus vaccine available in the country.

That process has also raised some questions after an independent monitoring board said the company released data showing an incomplete picture of its efficacy. AstraZeneca then published results showing slightly diminished efficacy figures: 76% effective against symptomatic COVID-19 and 100% effective against severe or critical disease and hospitalization.

Dr. Anthony Fauci, the Biden administration’s chief medical adviser, told Reuters earlier this month that the U.S. may not need it to vaccinate the entire population.

“My general feeling is that given the contractual relationships that we have with a number of companies, that we have enough vaccine to fulfill all of our needs without invoking AstraZeneca,” Fauci said.