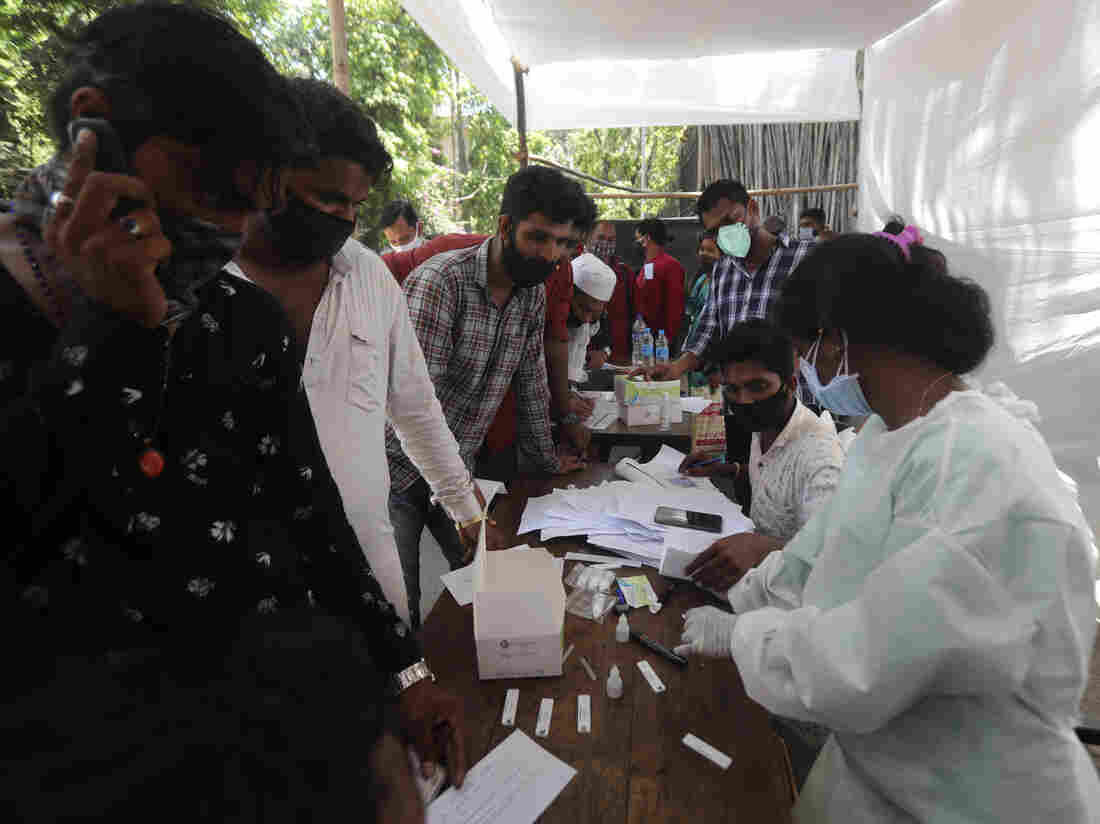 People wait for coronavirus test outside a court in Mumbai on Monday as India reported its biggest single-day spike in confirmed coronavirus cases since the pandemic began. 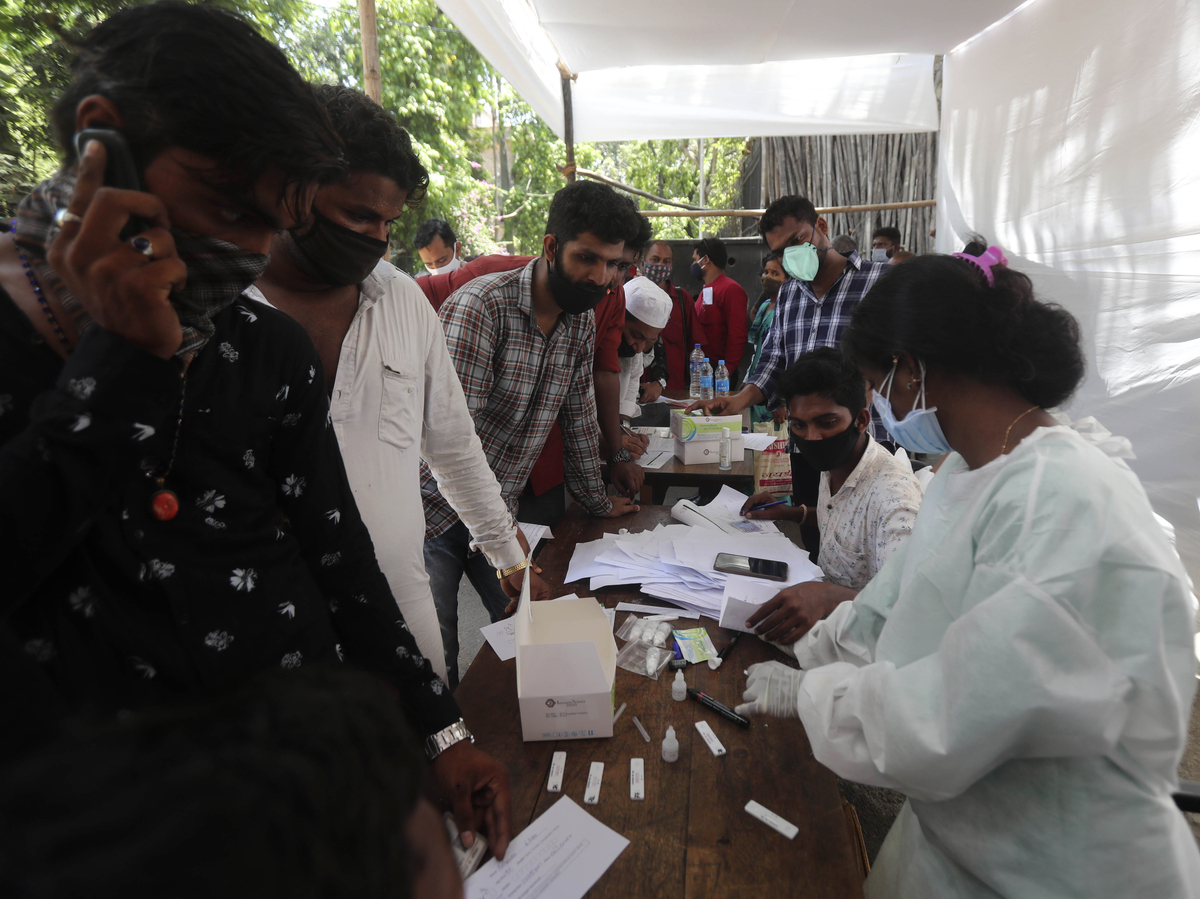 People wait for coronavirus test outside a court in Mumbai on Monday as India reported its biggest single-day spike in confirmed coronavirus cases since the pandemic began.

MUMBAI — India on Monday recorded its biggest daily jump in coronavirus infections, joining only a handful of countries, including the United States, to cross the threshold of 100,000 new cases in a single day.

A surge is happening across South Asia. Pakistan’s prime minister and president are among those to test positive in recent weeks. A one-week lockdown began in Bangladesh on Monday.

But in most of India, shops, factories, and even cinemas remain open. Election rallies are being held in several states. Officials are trying to avoid the economic pain of a total lockdown: Last spring, India’s economy shrank nearly 24% under nationwide restrictions, and there were cases of starvation among the poor.

After meeting with his advisors Sunday, Prime Minister Narendra Modi’s office announced a “special campaign for COVID-appropriate behavior with emphasis on 100% mask usage, personal hygiene and sanitation at public places/workplaces and health facilities.” The campaign would begin Tuesday, it said.

India is the world’s biggest vaccine producer, making up to 100 million doses per month of the Oxford-AstraZeneca vaccine alone. It has diverted some exports in recent weeks, to try to boost inoculations at home.

Nearly 80 million doses have been administered so far in what the Indian government calls the biggest vaccine campaign in the world. But that’s still less than 5% of the population of nearly 1.4 billion. The government has said its goal is to vaccinate 300 million people by mid-summer. Anyone over age 45 is currently eligible.

More than half of India’s new cases are in the western state of Maharashtra, where Mumbai is the state capital. High-rise apartment blocks where residents test positive are being sealed off there and guarded by police. Authorities are commandeering private hospitals and nursing homes. On Sunday, they issued new restrictions calling for all non-essential shops to close on weekends. A night curfew remains in effect.

For much of 2020, India was where the coronavirus was spreading fastest. In autumn, it looked likely to overtake the U.S. as the most-infected country in the world. But then India’s infections began to decline. It now ranks third behind the U.S. and Brazil in terms of total confirmed cases, and fourth behind the U.S., Brazil and Mexico in terms of deaths, according to data from Johns Hopkins University.

But India is now once again where the virus is spreading fastest.