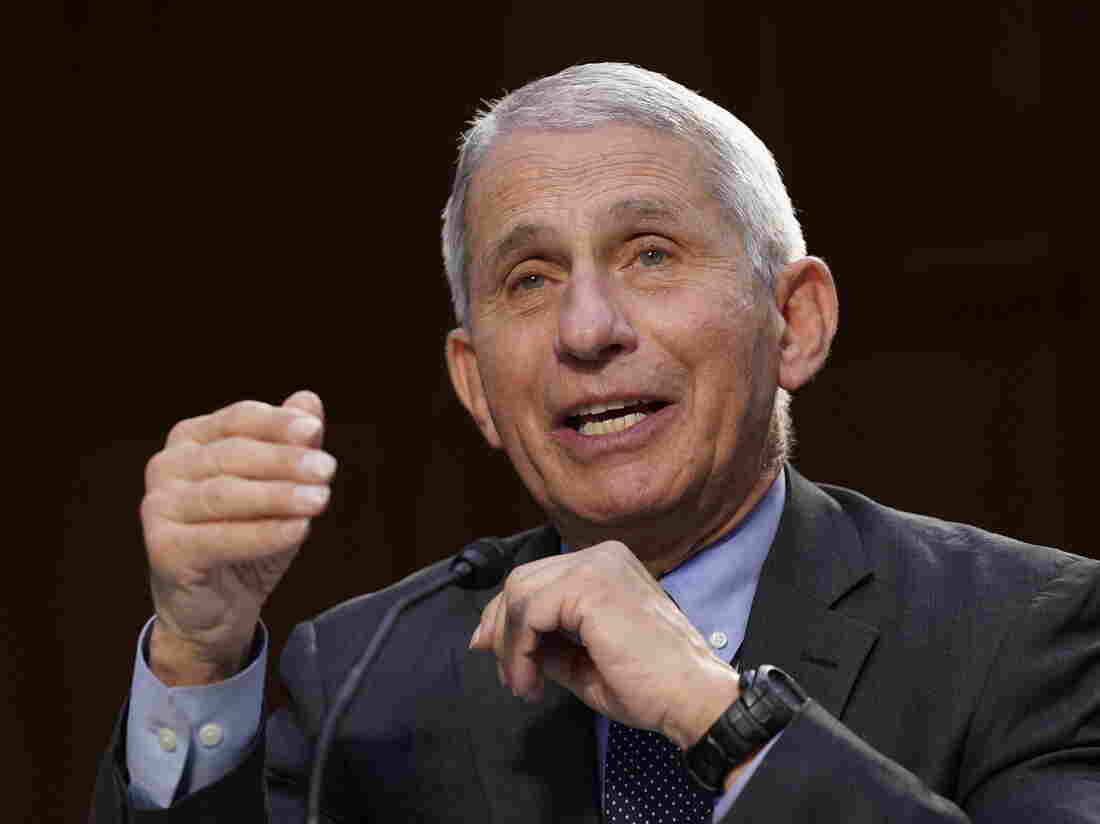 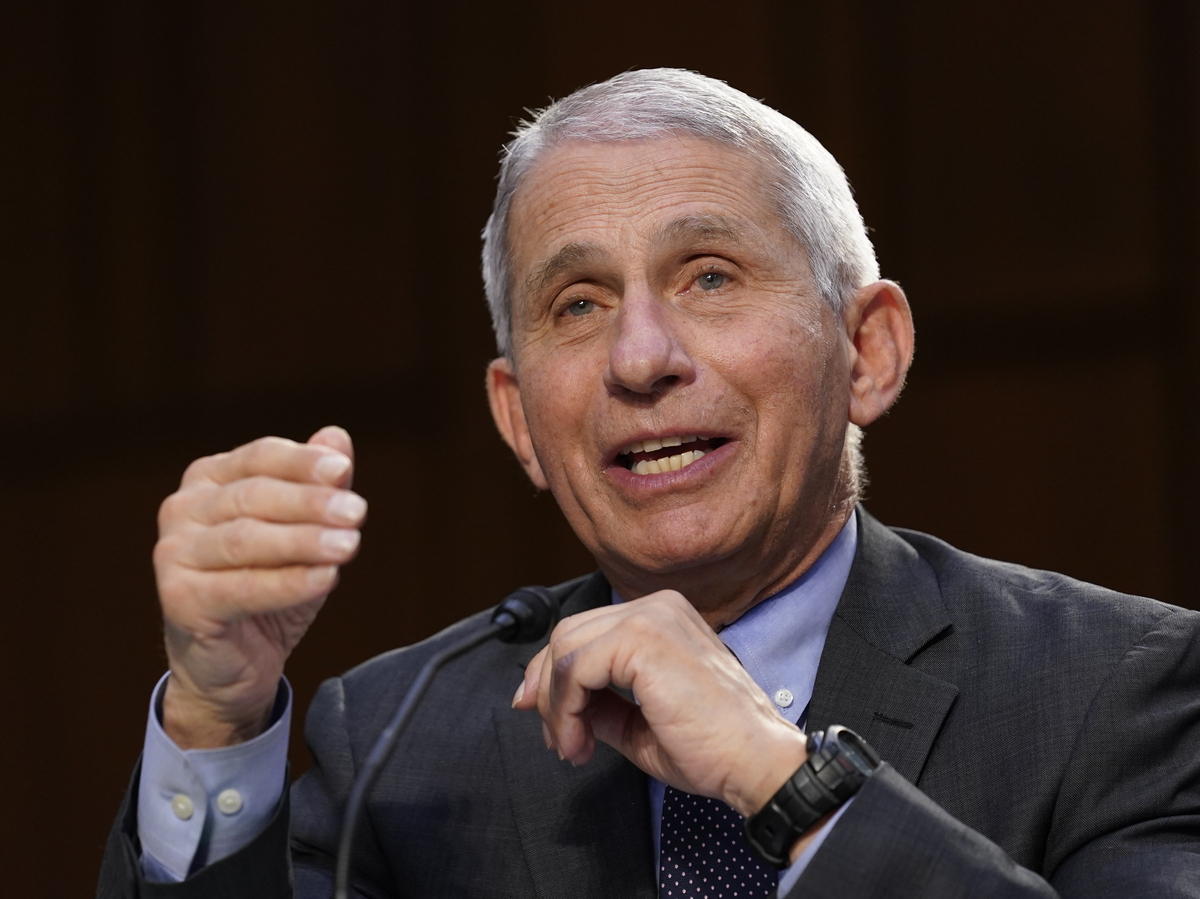 More than 56 million people in the U.S. have now been fully vaccinated against COVID-19. Yet cases are rising again in some parts of the country, notably in Michigan and states in the Northeast.

But Dr. Anthony Fauci, the Biden administration’s chief medical adviser, predicts that the U.S. won’t see a fourth wave of the coronavirus as severe as the previous three, thanks to the uptick in vaccinations.

“It’s kind of like a race between the potential for a surge and our ability to vaccinate as many people as we possibly can,” he says in an interview Friday with NPR’s Morning Edition. “And hopefully, if you want to make this a metaphorical race, the vaccine is going to win this one.”

But he cautioned against prematurely pulling back on measures like mask-wearing and physical distancing.

“I believe strongly that every day that goes by, we get closer and closer to getting an advantage,” he said.

Read NPR’s interview with Fauci, edited for clarity, below.

I wonder if you could explain what we’re seeing, with cases in some parts of the country really surging?

Well, there are a couple of factors that are going on. As you know, some of the states and cities have pulled back a bit on the mitigation methods, namely pulling back on mask mandates and pulling back on the guidelines of crowded places and physical distancing. That, together with the fact that we’re having a dominant variant that is circulating throughout the country. A variant, meaning a mutational change in the virus that, in this case, is giving it the capability of spreading more efficiently from person to person. So I think when you combine those two things, pulling back on some of the guidelines of public health at the same time as you have a more efficient virus spreading through the community is leading to those increases that you just referred to.

If this is a fourth wave, could it get as bad as any of the previous three?

You know, I really don’t think that’s going to happen. I mean, we got to always keep our guard up for those things. But the factor that we have now that we didn’t have then is what you just mentioned a moment ago — the number of people that have been vaccinated. We have, you know, over 50 million people who are fully vaccinated, just short of 100 million who have received at least one dose. And we are vaccinating about three million people per day. So in some respects, it’s kind of like a race between the potential for a surge and our ability to vaccinate as many people as we possibly can. And hopefully, if you want to make this a metaphorical race, the vaccine is going to win this one. Which I believe it will, if we continue with the vaccine program, which has really been quite successful, at the same time as we don’t prematurely declare victory and pull back too much on our mitigation policy.

Michigan is averaging upward of 5,000 new cases a day and the governor there is asking for more vaccines. What do you think of that idea — of having the federal government take vaccine from less hard-hit places and send it to hot spots?

What is happening is that the distribution is being put very much the responsibility at the local level, giving governors and mayors and others to move around within the state. As far as we know, the allocation per state still remains at the pro rata level, where you do it on the basis of population. Now, that could change, but right now we’re looking at the possibility of the states themselves making a redistribution depending upon where they’re seeing the surge.

How do you think we’re doing on the pace of vaccinations? It sounds like you are optimistic, you’re positive. Could it be going any faster, though?

You know, you could always do things a little faster, but for example, we’re likely going to be over 30 million vaccinations this past week. That is really good. And what we’re doing and it just was announced yesterday that there’s a thing called the COVID Community Corps. What we’re doing is to get trusted messengers in the community and giving them the necessary information to go out and get people to get up there and get vaccinated as soon as vaccine becomes available to them. So it’s a rather big push. It’s a public education campaign and it’s referred to as the COVID-19 Community Corps. I think that will accelerate the distribution of vaccine. So I’m pretty optimistic that that will be value added.

In some places there still is vaccine skepticism. Donald Trump and people in his administration who downplayed the pandemic are no longer in power. Our colleague Pien Huang has been reporting on how the CDC is trying to rebuild public trust. The Biden administration certainly has been letting science speak. You are one of the most prominent voices, but it just seems like a lot of people aren’t listening. I’m thinking of reporting that we did over spring break where lots of kids headed down to Florida. I’m thinking of, like you said, local officials lifting mask mandates. Why isn’t the message getting through?

Well, I think there are several factors that are coming in here now. I think in general we have what we’re referring to his COVID-19 fatigue. This has been going on now for, you know, 14 to 15 months and people are just fatigued at that. We can’t give up. And that’s the reason why the messaging that I and my colleagues do all the time is that we need to hang in there just a bit longer. We are going to get through this. We are going to get this behind us for absolutely certain. The one thing we don’t want to do is pull back prematurely. But you’re right. I mean, it’s not easy to get people who’ve been going through this for such a long period of time to say, I’m not going to go on a spring break and I’m not going to take a vacation. Everybody wants to do that. But I’m telling you, I believe strongly that every day that goes by, we get closer and closer to getting an advantage. And that means the vaccines that are being distributed at over 3 million per day is going to get us to the endgame where we want to be.

With all of the vaccines and all of the cases, do you think we might be approaching herd immunity? I know that’s a difficult question to answer. I’m just curious.

You know, it’s an elusive terminology because we don’t know exactly with this particular virus what herd immunity would mean. You know, herd immunity means you get enough people who are immune either from prior infections, which would render them to be immune or vaccine. Putting those two together, you reach a certain critical level in the community where people are protected, that really the virus has no place to go. I mean, obviously, the more people you get vaccinated, the more people that successfully recover from COVID-19, the greater number of people you’ll have to contribute to this concept of herd immunity. Since we don’t know exactly what that number is, you just have to keep trying to get as many people vaccinated as you possibly can. Add it to the people who have recovered from infection would also contribute to that herd immunity.

And lastly, what’s your message for people who are going to get together this weekend for Easter?

You know, enjoy the holiday, but continue to abide by the public health measures. If you’re vaccinated and you’re in a family setting, you can do a lot of things. You can get together without a mask and have a good time.

Elena Moore and Denise Couture produced and edited the audio version of this story. Avie Schneider produced for the Web.