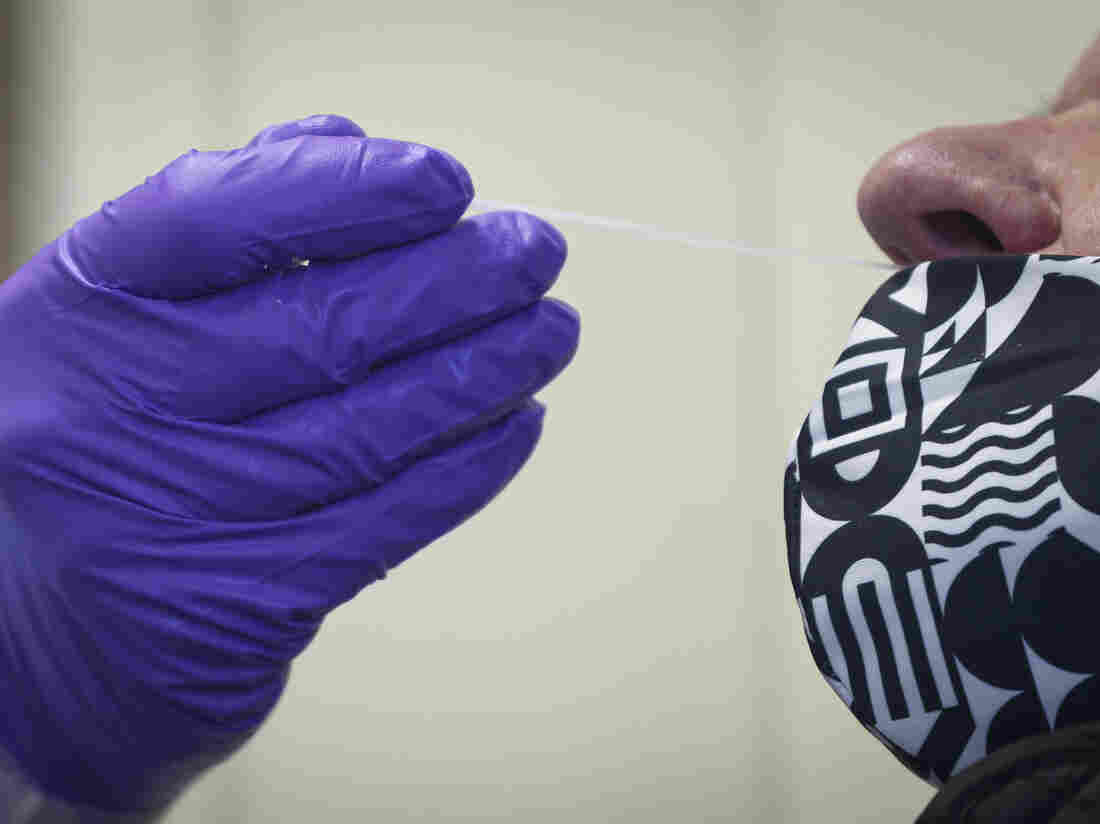 A nurse swabs the nose of a patient as he administers a COVID-19 test. The Food and Drug Administration approved two new rapid, at-home COVID-19 tests for use by Americans Wednesday. 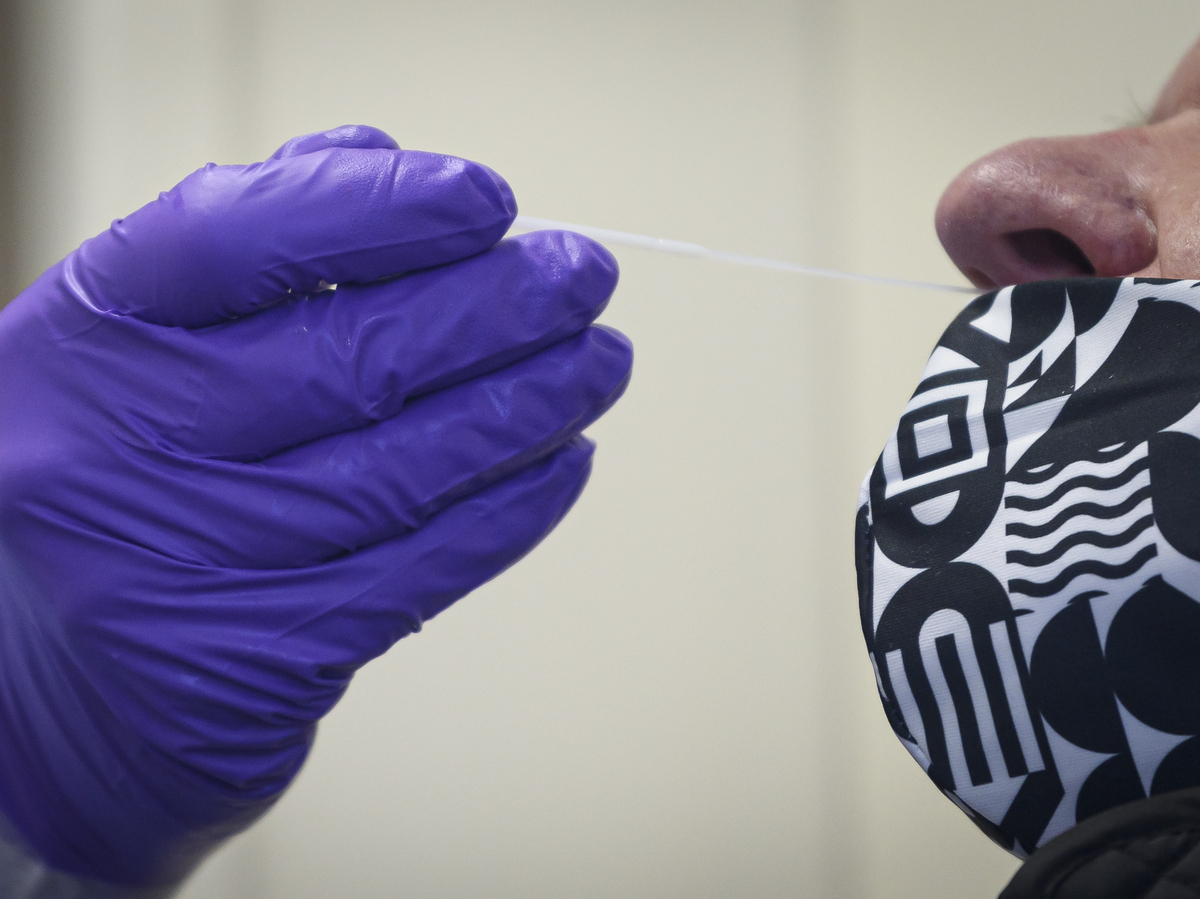 A nurse swabs the nose of a patient as he administers a COVID-19 test. The Food and Drug Administration approved two new rapid, at-home COVID-19 tests for use by Americans Wednesday.

Imagine waking up, brushing your teeth, and quickly swabbing your nose to find out whether you have COVID-19 — whether you feel sick or not.

That reality just got a bit closer today with an announcement from the Food and Drug Administration Wednesday that two rapid antigen at-home tests will soon be sold over-the-counter on drugstore shelves. The newly authorized tests are Abbott’s BinaxNOW test and Quidel’s QuickVue.

“This is a huge milestone,” Dr. Michael Mina, a Harvard epidemiologist who has been a vocal advocate for widespread rapid tests, wrote in a statement responding to the news. “Having an inexpensive over-the-counter test can stop the virus from spreading by detecting people who are infectious and giving them an opportunity to know their status and ideally isolate accordingly.”

The authorizations come two weeks after FDA created a simple pathway for companies that already had authorized tests to be able to apply to sell an over-the-counter version.

“I’m really happy the FDA has undertaken this and decided to go this route,” Mina told NPR.

Experts believe the availability of at-home coronavirus tests could help slow the continued spread of the virus, which is contagious even when people are asymptomatic.

Abbott’s test will be available on grocery and drugstore shelves in the “coming weeks,” according to a press release from the company. Quidel did not include a timeline in its release.

Neither company mentioned pricing in their statements, although Abbott wrote that its tests “will be priced affordably.” Mina’s educated guess is that they will be sold for $15-$20 a box for a pack of two tests.

“I think to make it truly accessible and truly deployable to millions of people to use in a frequent way, $7 or $8 [per test] is still too much money,” he says. “But I think that this is just such an immense step forward that I’m not going to complain about it.”

The only other at-home coronavirus test that has been authorized to be sold without a prescription is made by Ellume, and is not yet available in stores. The company told NPR in December the cost would be $30 per test.

Abbott’s BinaxNOW tests have been available since August, and Abbott produces 50 million of these tests each month. Quidel says it aims to produce 50 million QuickVue tests per month by the end of 2021. That’s not nearly enough tests to have everyone in the U.S. test themselves once a month, let alone several times a week.

Mina told NPR that if “we can stop all the outbreaks from growing, then boom, we can open up businesses and schools without risk because even if a case does come in, it fizzles out very quickly.”