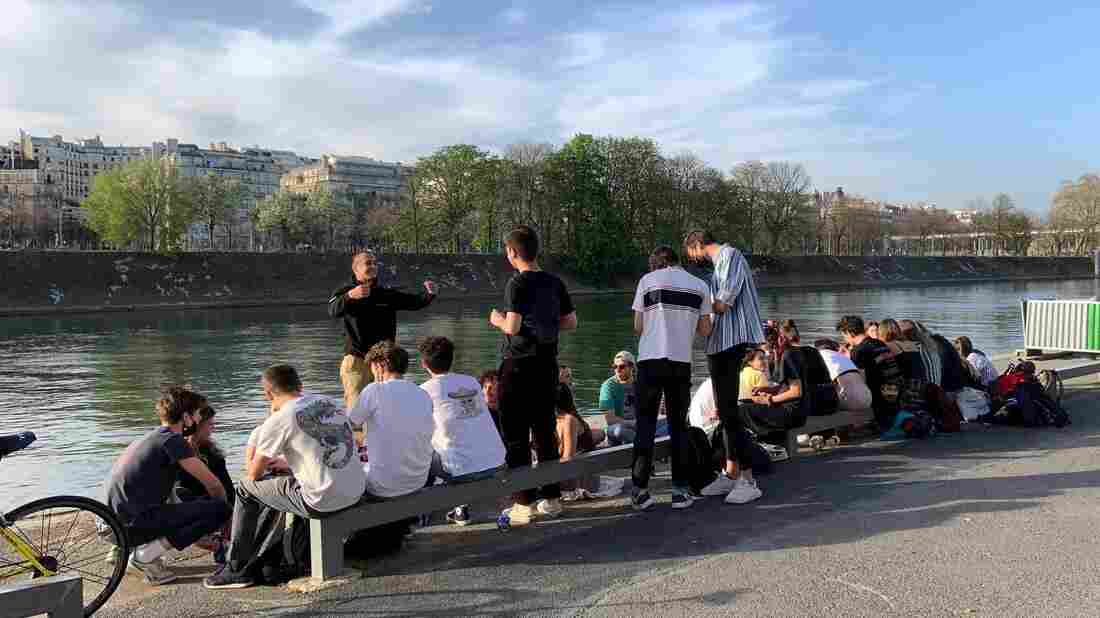 Young people gathered Wednesday by the Seine River in Paris, largely without masks and without social distancing. French President Emmanuel Macron has ordered the country into a third lockdown because of the continued spread of COVID-19. 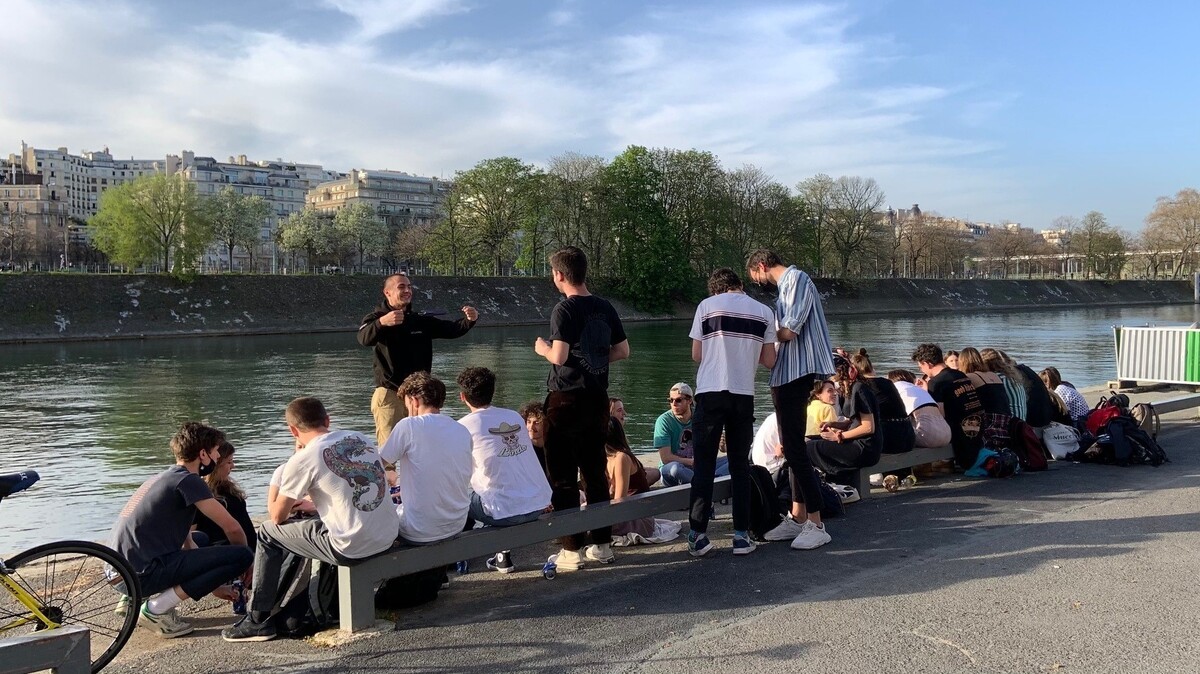 Young people gathered Wednesday by the Seine River in Paris, largely without masks and without social distancing. French President Emmanuel Macron has ordered the country into a third lockdown because of the continued spread of COVID-19.

PARIS – Calling the new, faster-spreading variants of the coronavirus “an epidemic within the epidemic,” French President Emmanuel Macron on Wednesday extended a lockdown to the entire country and closed schools through the end of April.

In a televised address to the nation, Macron said a “more dangerous, contagious and deadly” virus surging in France left him no choice.

“If we are choosing to close down the whole country it’s because no area of the country is spared,” Macron said. “Everywhere the virus is spreading faster and faster and everywhere, hospitalizations are rising.”

Gatherings inside and outside are also banned and people will not be allowed to travel more than 10 kilometers (6.2 miles) from their homes. Macron said unlike the first confinement last spring, people who leave their homes will not have to fill out a form with the time, date and purpose of their outing. “We are choosing to have confidence in people’s sense of responsibility,” he said.

“Everyone has to make sure not that they close themselves in, but that they limit, to the maximum, their contacts, meetings and time spent with others,” said Macron.

The president’s announcement was entirely anticipated. France’s intensive care units are at capacity with more than 5,000 COVID-19 patients health officials say, and hospitalizations have already surpassed the second wave of this past winter. They are on track to surpass even the first deadly wave of last spring.

Over the weekend, several dozen emergency room doctors signed an open letter in the newspaper Le Journal du Dimanche, warning that if something is not done, hospitals would soon have to begin choosing which patients receive treatment. “We cannot remain silent without betraying our Hippocratic oath,” they said.

Jacob Kirkegaard, who studies health care systems as a senior fellow with the German Marshall Fund, says the new strains of the virus are forcing countries to step up their public health measures. Britain, Germany and Italy are also in various forms of lockdown.

“When COVID cases in a country are suddenly much more contagious, the lockdowns need to be adjusted and made much tougher,” he said.

Kirkegaard said vaccinations in France have not yet increased to a level which would make a difference in transmission. Thirteen percent of the French have received one dose of a vaccine. Only 4% have been fully vaccinated. But Macron said the pace of vaccination would go faster very soon.

Over the last few warm, spring days, the banks of the Seine River in Paris have looked a lot like Venice Beach, Calif., with young people working-out and sunbathing, their masks under their chins.

Gatherings both indoor and outdoors are now strictly off-limits and there will be restrictions around alcohol consumption in public. Bars and restaurants have been closed since last fall. Macron said there will be plenty of patrols and fines given.

Doctors say COVID-19 patients in France’s ICUs are younger and younger, often without any underlying health problems. Macron said 44% of patients in in intensive care are younger than 65.

The country’s Scientific Council, which advises the government on measures to combat the virus, called for a strict lockdown in January. Macron defended his decision not to lock the country down then, saying people had benefitted from “precious weeks of liberty.”

But he said the accelerating pandemic propelled by new variants meant France had to set a new course for the coming months.

Writing of the gravity of the situation this week in the newspaper Libération, Patrick Bouet, president of the National Council of the Order of Doctors, called on Macron to institute stricter measures. “The virus is winning and we have lost control of the pandemic,” Bouet said.

France is now approaching 100,000 coronavirus deaths. “That’s the equivalent of wiping the city of Nancy from the map,” wrote Bouet.