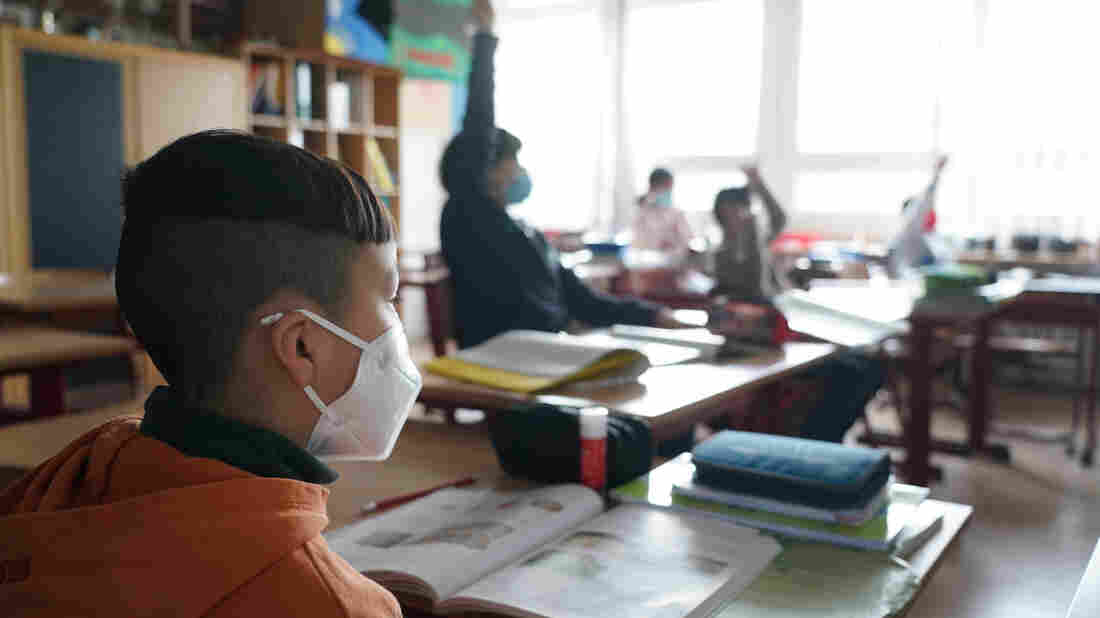 Moderna is testing its COVID-19 vaccine in young children; its vaccine is currently authorized for people ages 18 and up. Here, third-grade children attend school this month in Berlin, as classes were allowed to meet in person at 50% capacity. 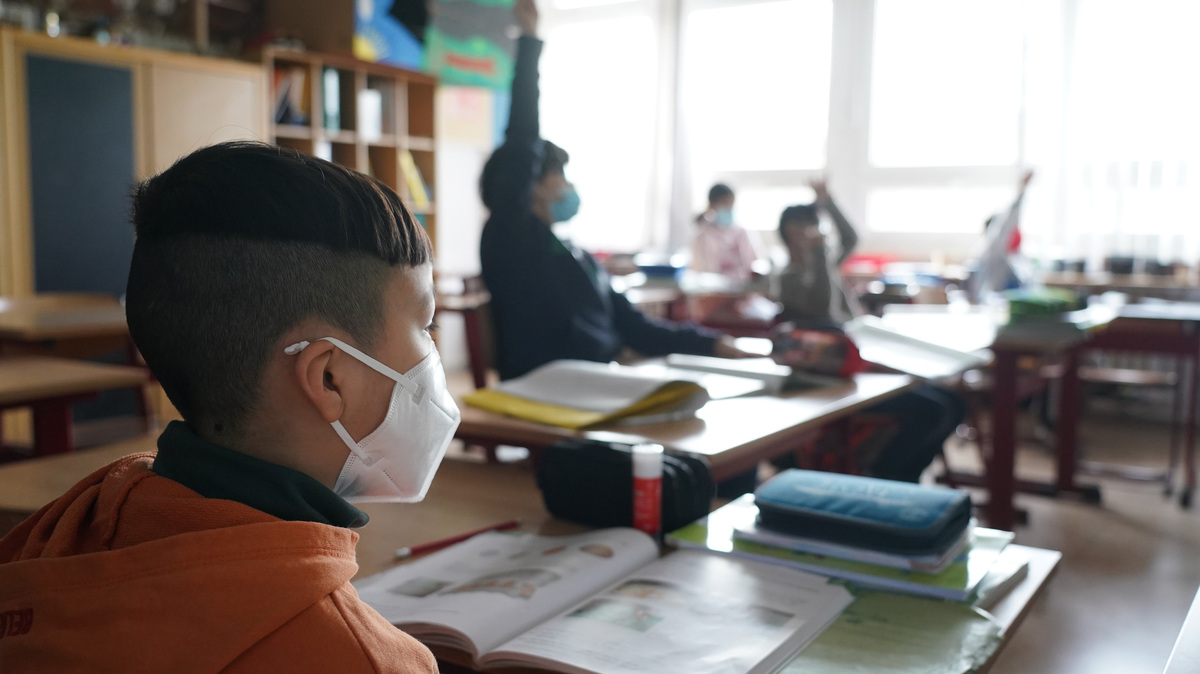 Moderna is testing its COVID-19 vaccine in young children; its vaccine is currently authorized for people ages 18 and up. Here, third-grade children attend school this month in Berlin, as classes were allowed to meet in person at 50% capacity.

Children have now received their first doses of Moderna’s COVID-19 vaccine, as the company studies the safety and effectiveness of the vaccine for kids ages 6 months to less than 12 years old.

In the study, researchers will give two injections 28 days apart of either the Moderna vaccine or a saline placebo to children. Kids who get the vaccine will receive one of three possible doses, from 25 micrograms up to 100 micrograms — the same dose that received an emergency authorization for use in adults from the Food and Drug Administration.

Moderna plans to enroll roughly 6,750 children in the U.S. and Canada for the study, which is taking place at sites in at least eight states, from Arizona and California to South Carolina and Texas.

Moderna’s COVID-19 vaccine is currently authorized only for people 18 and older. After kids who are in the study receive shots, researchers will be watching for any signs that they have difficulty tolerating the vaccine, as well as its effectiveness in protecting them against SARS-CoV-2, the virus that causes COVID-19.

To monitor the vaccine’s effects on children, doctors will check in with families through two telemedicine visits after each injection, followed by monthly check-ins. Parents will also be asked to make diary entries on their smartphones.

The child study, which is being coordinated with the National Institute of Allergy and Infectious Diseases, is getting underway one year after the first adult participant got a shot of the Moderna vaccine during initial trials last March.

Pfizer, one of the only other companies with an authorized vaccine in the U.S., is taking a different approach to testing its vaccine in young people. The company will study its vaccine’s effects on kids who are 12 to 15 years old, saying it has fully enrolled the study with 2,259 participants.

Pfizer plans to share data from that study in the first half of 2021, according to Jerica Pitts, the company’s director of global media relations. She says Pfizer has not yet begun a separate pediatric study for its vaccine that would focus on children under 12 years old.

In Moderna’s statement about its new COVID-19 study, the drugmaker did not give an update on its effort to test the vaccine in people who are from 12 to 18 years old. But a company representative tells NPR that Moderna is already working to study the vaccine’s effects on adolescents, having announced that trial in December. It has met its enrollment goal of 3,000 participants, the representative said.