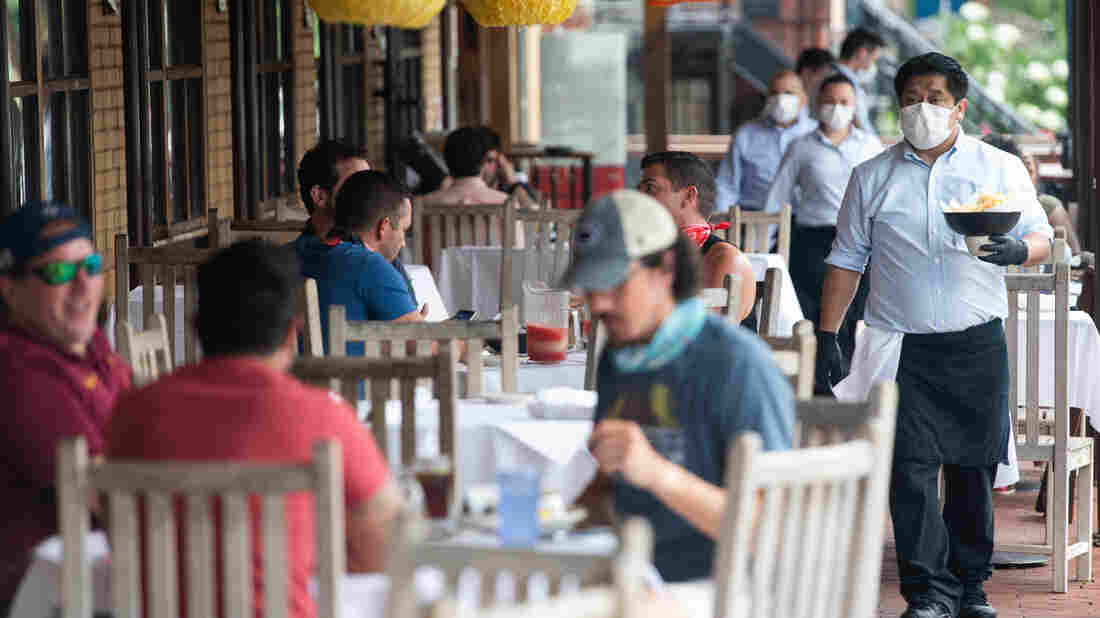 A waiter wearing a mask and gloves delivers food to a table to customers seated at an outdoor patio at a restaurant in Washington, D.C. in May. 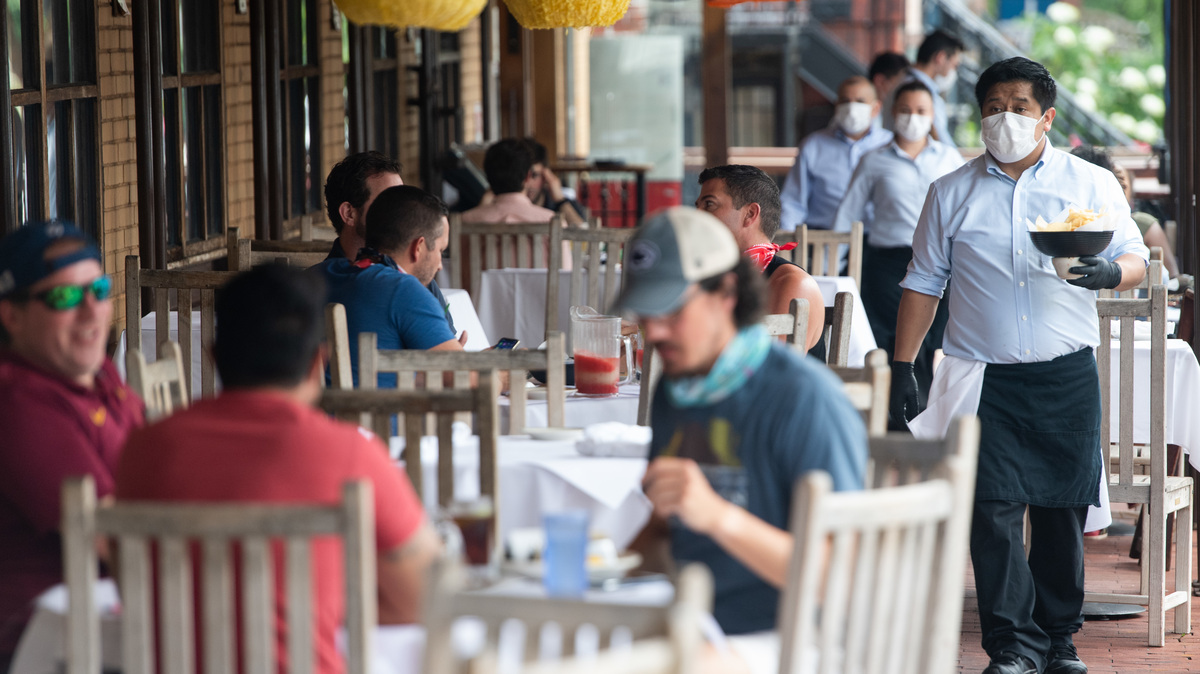 A waiter wearing a mask and gloves delivers food to a table to customers seated at an outdoor patio at a restaurant in Washington, D.C. in May.

Restaurants have been hit especially hard during the coronavirus pandemic, with more than 110,000 closing since March.

Previous relief bills have included loans — through the Paycheck Protection Program (PPP) — for businesses, they came with conditions which many restaurants couldn’t take on, or navigate. The Independent Restaurant Coalition, formed during the pandemic, called for more targeted, specific aid.

Chef Amanda Cohen, owner of New York City restaurant Dirt Candy and a co-founder of the coalition, said those in the restaurant industry breathed a sigh of relief when the bill became law.

“I’m sure it’s the first time many of us had a good night’s sleep in a year,” she tells NPR’s All Things Considered.

Dirt Candy, Cohen says, is considered a destination restaurant, meaning the majority of its profits come from tourists. With tourism still lagging, Dirt Candy continues to face major losses; the restaurant made just $500 on Tuesday night — a far cry from its $12,000 pre-pandemic nightly average, she says.

The $28.6 billion “is enough money to take us through at least the end of the year, if not — longer,” Cohen says.

Here are some highlights of the interview:

Past relief measures have included PPP loans. The new measure includes grants, which is different. Why was that important to you?

Well, restaurants cannot take on any more debt at this point. The PPP might turn into a grant for lots of people, it might also not. Forgiveness has really just started.

But this is founded on the idea that it is a grant.

What is your understanding of the timing of when some of this help will reach you? I’m asking in part because there were a lot of glitches with the rollout of the PPP loans when people needed it really quickly.

I think that we’re probably looking at a couple of weeks, maybe a month, a little bit more. It is a new program.

It is coming out through the Small Business Association, the SBA. And one of the good things is that some restaurateurs are still working off their second PPP loan. So we have a little bit of time. But my guess is by mid-April, we should be up and running with the program.

Do you think it will ever come back to the way it was?

I hope so, and I hope it comes back a little bit differently, actually. I think we’ve all had a year to reflect on how we want to run our businesses and how we can change them. And I think not this year, but maybe by 2022 you’ll see an even better and stronger industry than it was beforehand. But it’s definitely going to take some time.

Vincent Acovino and Patrick Jarenwattananon produced and edited the audio story. Farah Eltohamy produced it for the Web.