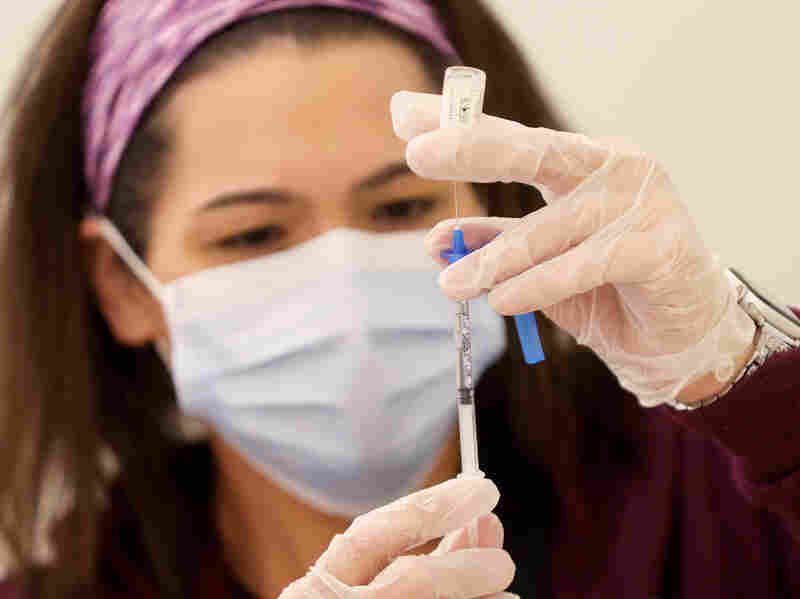 A dose of the new one-shot Johnson & Johnson COVID-19 vaccine is prepared at Baldwin Hills Crenshaw Plaza in South Los Angeles on March 11. 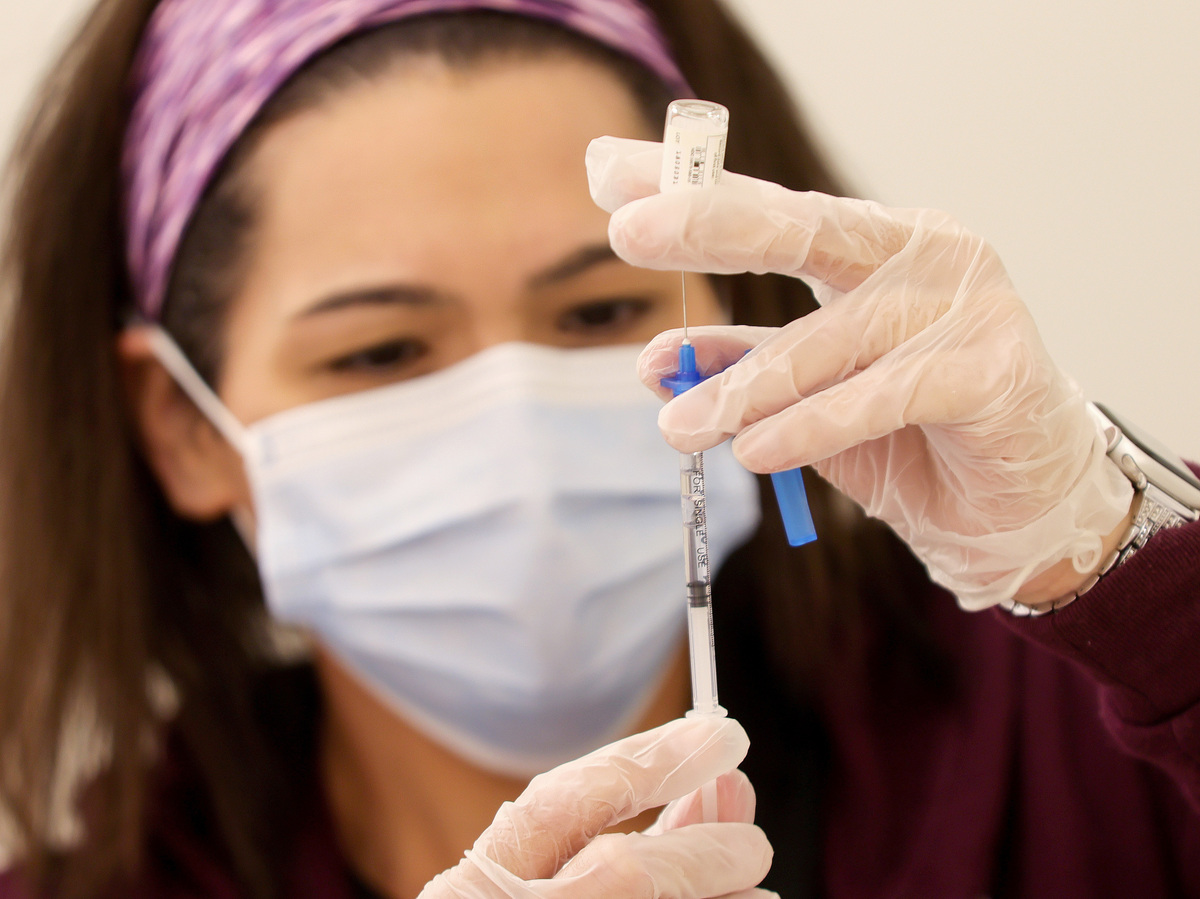 A dose of the new one-shot Johnson & Johnson COVID-19 vaccine is prepared at Baldwin Hills Crenshaw Plaza in South Los Angeles on March 11.

There is little difference in reluctance to take the coronavirus vaccine among Black and white people in the U.S., according to the latest NPR/PBS NewsHour/Marist survey.

Among those who responded to the survey, 73% of Black people and 70% of White people said that they either planned to get a coronavirus vaccine or had done so already; 25% of Black respondents and 28% of white respondents said they did not plan to get a shot. Latino respondents were slightly more likely to say they would not get vaccinated at 37%, compared to 63% who either had or intended to get a vaccine.

The findings come amid concerns in some states over who is getting vaccinated, and who is not with data in some states suggesting stark racial disparities. The pandemic has had an outsized impact on people of color, especially Black Americans.

The survey of 1,227 adults was conducted March 3-8. Respondents were contacted on mobile and landline phones by callers who conducted interviews live in English and Spanish. The poll has a margin of error of plus or minus 3.4 percentage points, with greater statistical variation possible among subgroups.

Horace Hill, a 61 year old Black man from Tulsa, Okla., said he had an appointment to get his first dose of the coronavirus vaccine on Friday.

He said his health is a high priority for him, and Hill hasn’t had issues with the traditional flu vaccine, and so decided to take the shot when it became available to him.

His parents, who are in their eighties, received their vaccines about two weeks ago.

“I asked them specifically, ‘Have you guys had any problems?'” Hill said. “My father was like, ‘No, your mother and I, we feel good!”

Overall, 67% of people said they had either planned to get a coronavirus vaccine, or had done so already. Thirty percent said they did not plan to get a shot.

While there was little racial difference in who wants the vaccine, there were sharp partisan differences, according to the poll.

Similarly, compared to “big city” respondents, rural residents were more likely to say that they did not plan to take a coronavirus vaccine.