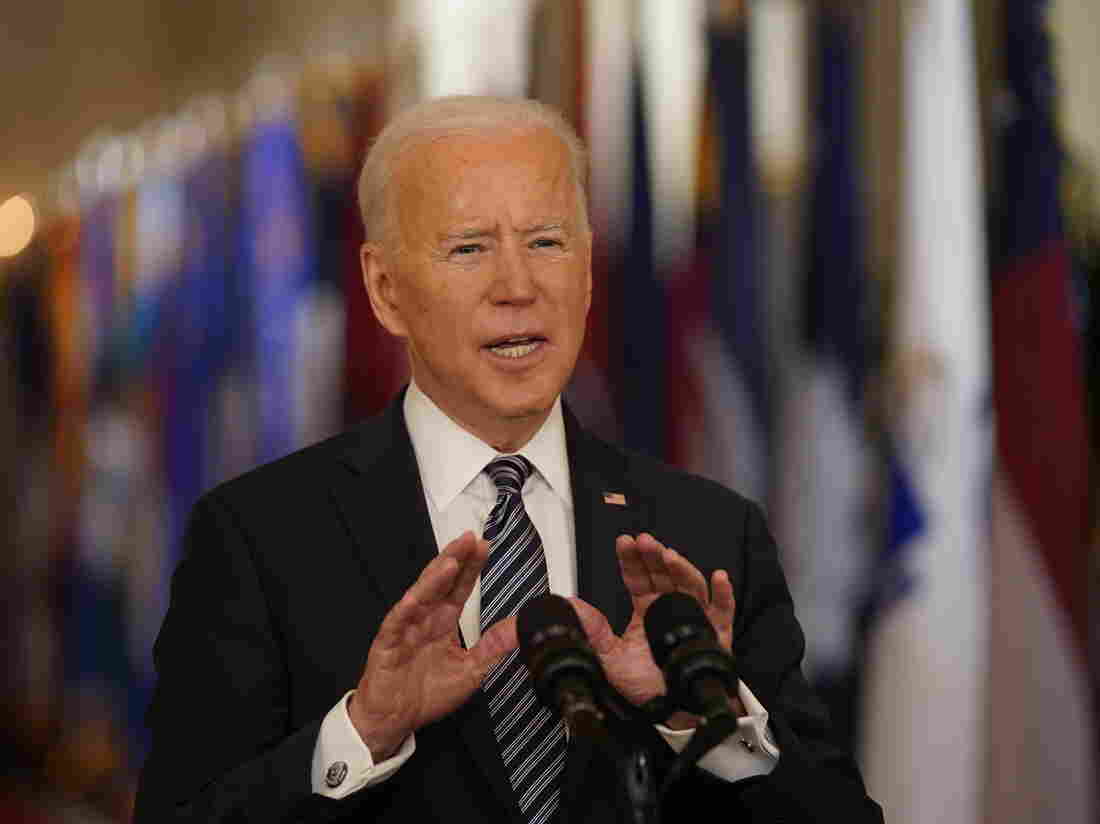 President Biden speaks in the East Room of the White House Thursday night. 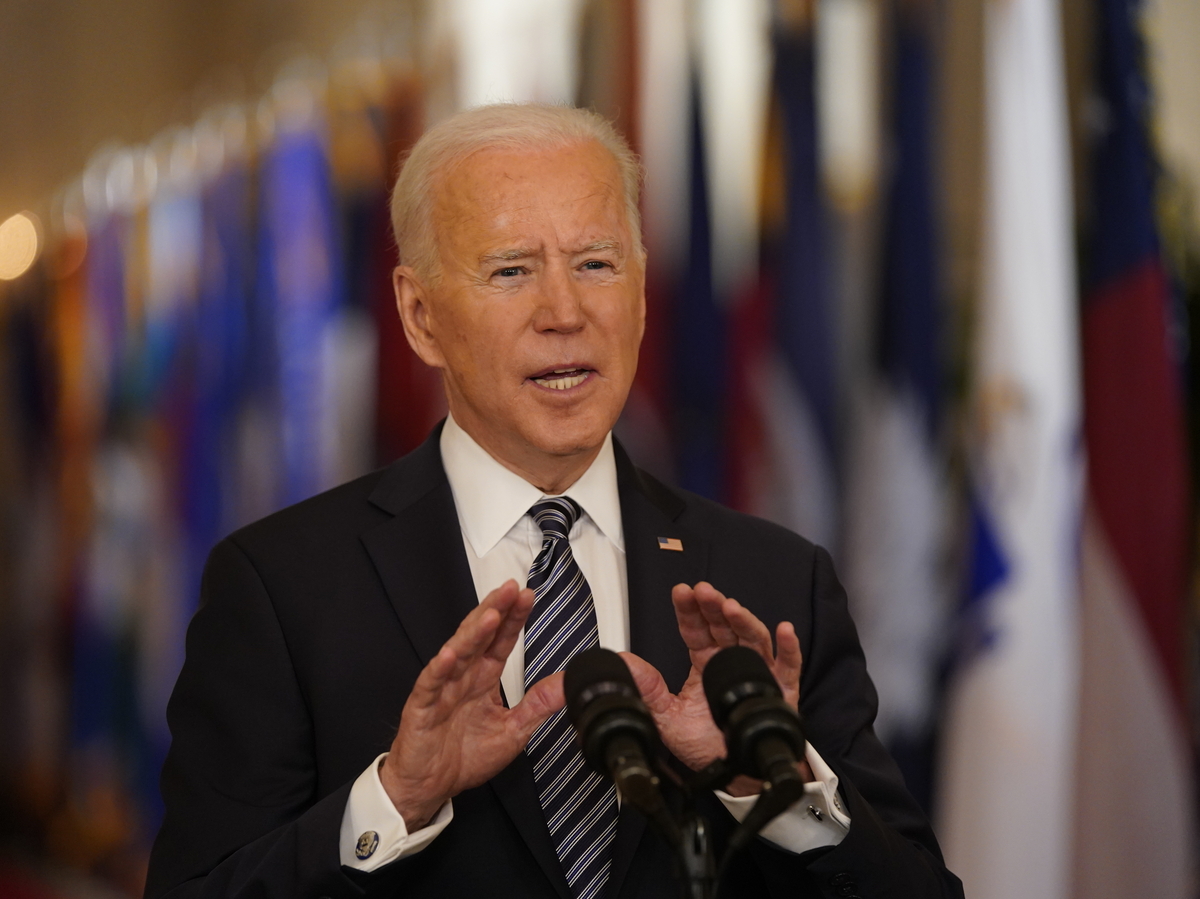 President Biden speaks in the East Room of the White House Thursday night.

President Biden is aiming for the country to begin to find a degree of normalcy and begin to move on from the coronavirus pandemic by the July 4th holiday, Biden announced in his first prime-time address Thursday night from the White House on the one-year anniversary of the pandemic.

Biden stressed he was not calling for gatherings of large groups, however, and he warned that getting there would take work by all Americans, continuing social distancing, wearing masks and getting vaccinated.

Biden’s administration will be directing states, tribes and territories to make all American adults eligible by then, according to senior administration officials.

During the speech, Biden will announce his administration’s plan to ramp up vaccination efforts this spring. This includes the launch of a federally supported website by May 1 that will help individuals find appointments and an increase in the number of vaccination sites.

As part of that expansion, the White House will make shots available at more pharmacies and federally run mass vaccination centers.

Additionally, Biden is expected to increase the number of vaccinators, broadening the pool of those qualified to give shots to include dentists, paramedics, veterinarians, medical students and others.

Thursday’s address comes exactly one year after the World Health Organization declared the coronavirus crisis a pandemic. Since then, more than 520,000 people have died from COVID-19 in the United States.

Biden has made confronting the coronavirus the top priority for his administration — and according to a recent NPR/PBS NewsHour/Marist poll, a majority of Americans approve of how he has handled the pandemic so far. That includes 30% of Republicans and 22% of Trump supporters surveyed.

Since vaccine distribution began in the U.S. in December, more than 93 million doses have been administered, reaching about 18.4% of the U.S. population. Last month, the Food and Drug Administration authorized emergency use of a third vaccine option that requires just one shot.

The bill, which Biden signed on Thursday, also directs funding to schools, businesses and vaccine distribution.

Whether Americans feel the effects of the relief package over the next few months will be crucial for Biden’s presidency as the pandemic continues to present major challenges to American life. The White House has laid out an extensive travel schedule for Biden, Vice President Harris and their spouses next week as part of what they are calling the “Help Is Here” tour to promote the package.

As of Wednesday, the U.S. had reached almost 29 million cases of COVID-19, according to the CDC. And as of last week, there were still 9.5 million fewer jobs in the economy than at this time last year.

In Thursday’s speech, Biden is expected to continue to position himself as the country’s chief consoler, a role that Donald Trump struggled with during his presidency.

The president’s prime-time address follows an emotional remembrance he held last month to memorialize the country’s 500,000 victims of COVID-19.