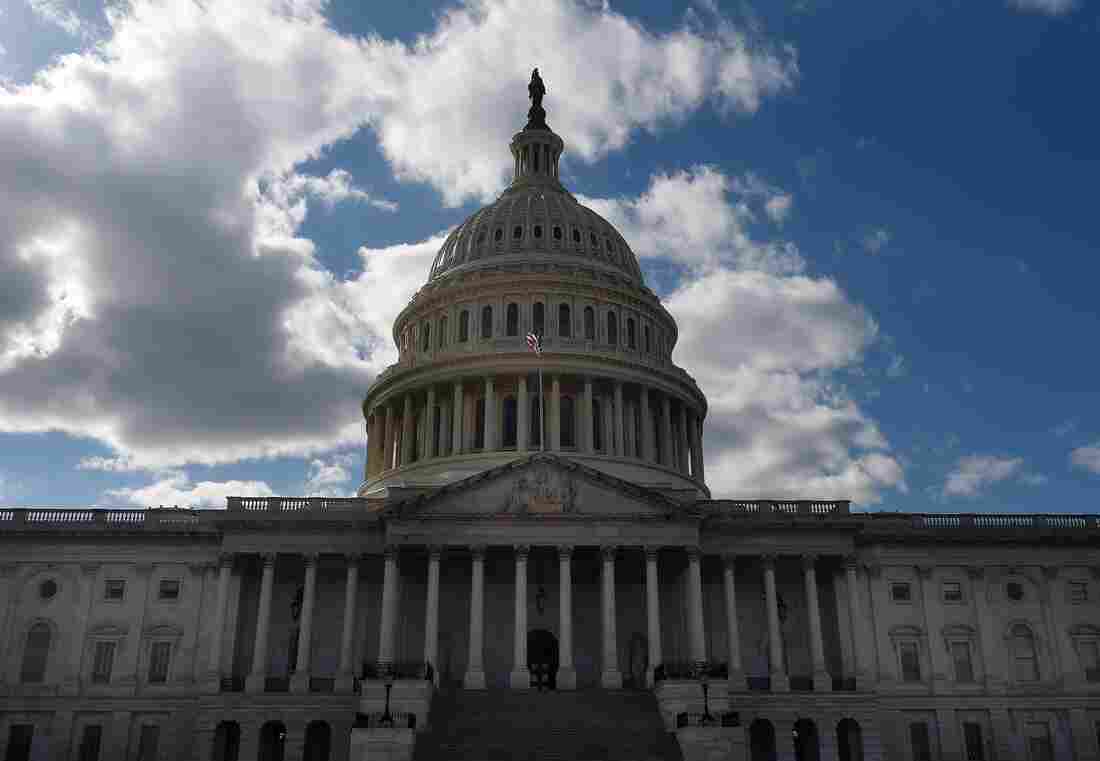 The Senate approved a $1.9 trillion rescue package on March 6. The House gave final approval to the legislation on Wednesday. 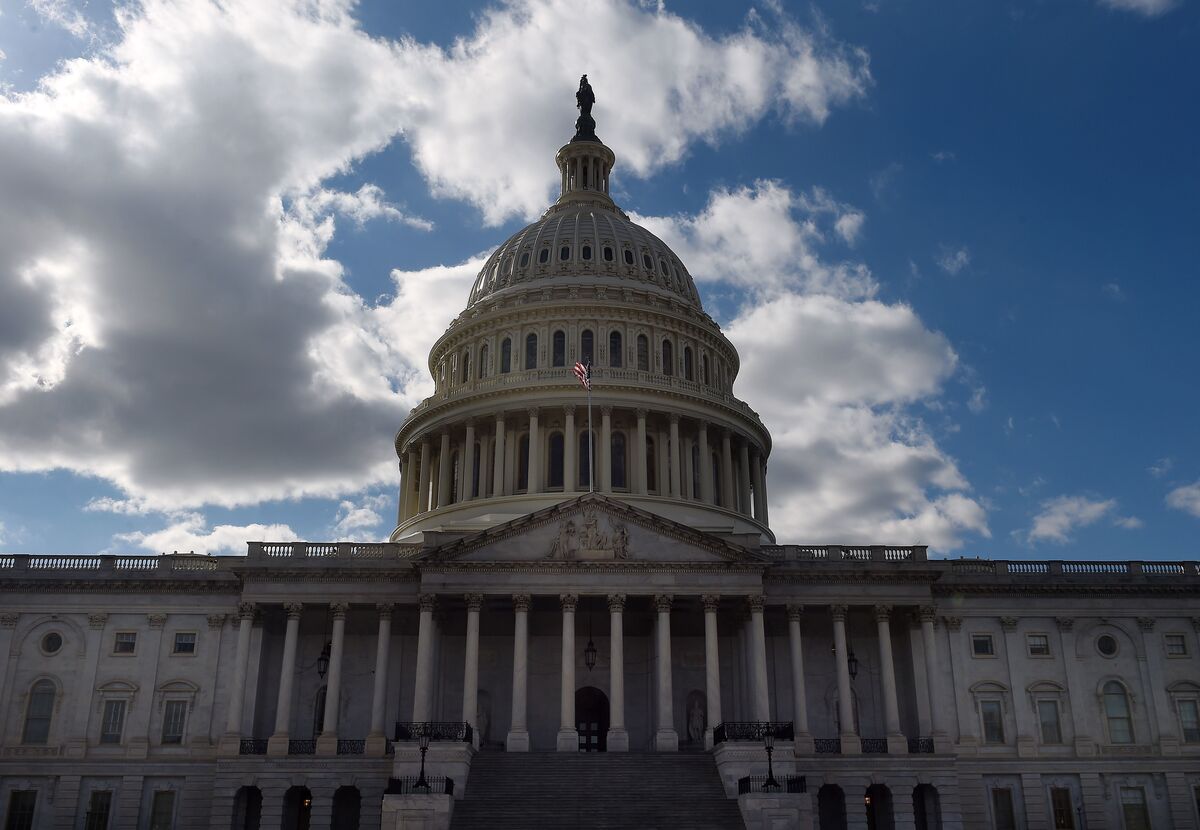 The Senate approved a $1.9 trillion rescue package on March 6. The House gave final approval to the legislation on Wednesday.

The House gave final approval to the $1.9 trillion coronavirus relief bill on Wednesday, passing it to President Biden’s desk for his signature. The colossal package known as the American Rescue Plan allocates money for vaccines, schools, small businesses and anti-poverty programs such as an expanded child tax credit that would mean new monthly payments to many parents.

You may be thinking: Didn’t the House already pass a relief package? Yes. But then the Senate had to make changes to the bill — some to satisfy Senate budget rules and others to gain the support of moderate Democrats. Once the Senate modifications were in place on Saturday, back to the House it went.

House Speaker Nancy Pelosi, D-Calif., had urged Republicans to join House Democrats in supporting the bill, but in the end no GOP member voted in favor of it.

Republicans have argued that they were effectively shut out of the process through reconciliation and that the package is too broad, saying only 9% of the funds go directly toward COVID-19 relief. Both House Minority Leader Kevin McCarthy and Senate Minority Leader Mitch McConnell have labeled the bill a Democratic “wish list.”

But Democrats counter that the bill takes a holistic look at the entire American economy and how it was affected by the pandemic.

“The major pieces of the bill — payments to individuals, extended unemployment, money for states and localities, money for schools — all of those things were in the COVID package that passed last year that all the Republicans voted for. So they were OK then, but they’re not OK now, and I frankly can’t really figure out that argument.”

One much-discussed proposal that didn’t make the final cut is an increase in the minimum wage. Progressive Democrats vigorously pursued including a minimum wage hike in this legislation, which would have gradually increased the federal minimum wage to $15 an hour by 2025. But the Senate parliamentarian ruled that including such a provision does not align with the complicated rules over budget bills, so it is not in the final legislation.

Here’s a closer look at some of the big-ticket provisions in the Senate-amended bill.

The bill allocates funds for a third economic impact payment to qualifying Americans.

Individuals earning up to $75,000 and couples earning up to $150,000 would receive the full direct payments of $1,400 per person. Individuals will also receive an additional $1,400 payment for each dependent claimed on their tax returns.

Senate Democrats agreed to lower the income cutoff at which payments phase out from $100,000 to $80,000 for individuals, and from $200,000 to $160,000 for couples filing jointly, following demands from moderate Democrats.

Under the Senate version, federal unemployment insurance payments will remain at $300 per week — down from $400 per week in the earlier package passed by the House. The benefits will extend through Sept. 6. The Senate’s bill makes the first $10,200 in unemployment payments nontaxable for households with incomes under $150,000.

The legislation would temporarily expand the child tax credit, increasing the amount to $3,000 for children ages 6 to 17 and $3,600 for children under age 6.

The amount is gradually reduced for couples earning over $150,000 and individuals earning over $75,000 per year. Families eligible for the full credit would get payments of up to $300 per child per month from July through the end of the year.

Congressional Democrats and the White House may want to figure out how to make the credit permanent.

The bill includes $7.25 billion in new money for the small-business loan program known as PPP and would allow more nonprofits to apply, including those groups that engage in advocacy and some limited lobbying. It also allows larger nonprofits to be eligible.

The Senate version added a provision to make any student loan forgiveness passed between Dec. 31, 2020, and Jan. 1, 2026, tax-free — rather than having the forgiven debt be treated as taxable income.

The bill includes $4.5 billion for the Low Income Home Energy Assistance Program, known as LIHEAP, to help families with home heating and cooling costs. One provision would give the agriculture secretary the authority and funding to temporarily boost the value of cash vouchers for the Special Supplemental Nutrition Program for Women, Infants, and Children (WIC) up to $35 per month for women and children for a four-month period during the pandemic.

There is $1.4 billion in funding for programs authorized under the Older Americans Act, including support for nutrition programs, community-based support programs and the National Family Caregiver Support Program.

The bill provides $37 million to the Commodity Supplemental Food Program for low-income seniors.

There’s a variety of provisions in the legislation to offer support to different industries. The Small Business Administration would get $25 billion for a new grant program for “restaurants and other food and drinking establishments.” Grants would be up to $10 million per entity and $5 million per physical location, with a maximum of 20 locations. The legislation sets aside $5 billion of the total money to be targeted to businesses with less than $500,000 in revenue in 2019. The bill includes another $1.25 billion for the Small Business Administration’s Shuttered Venue Operators Grant program.

To support the transportation sector, the bill allocates nearly $30 billion for transit costs, including payroll and personal protective equipment; $8 billion for airports; $3 billion for a temporary payroll support program to help support the aerospace manufacturing industry; and $1.5 billion to recall and pay Amtrak employees who were furloughed because of the pandemic and to restore various daily routes. Another $15 billion would also be allocated to support workers in the airline industry.