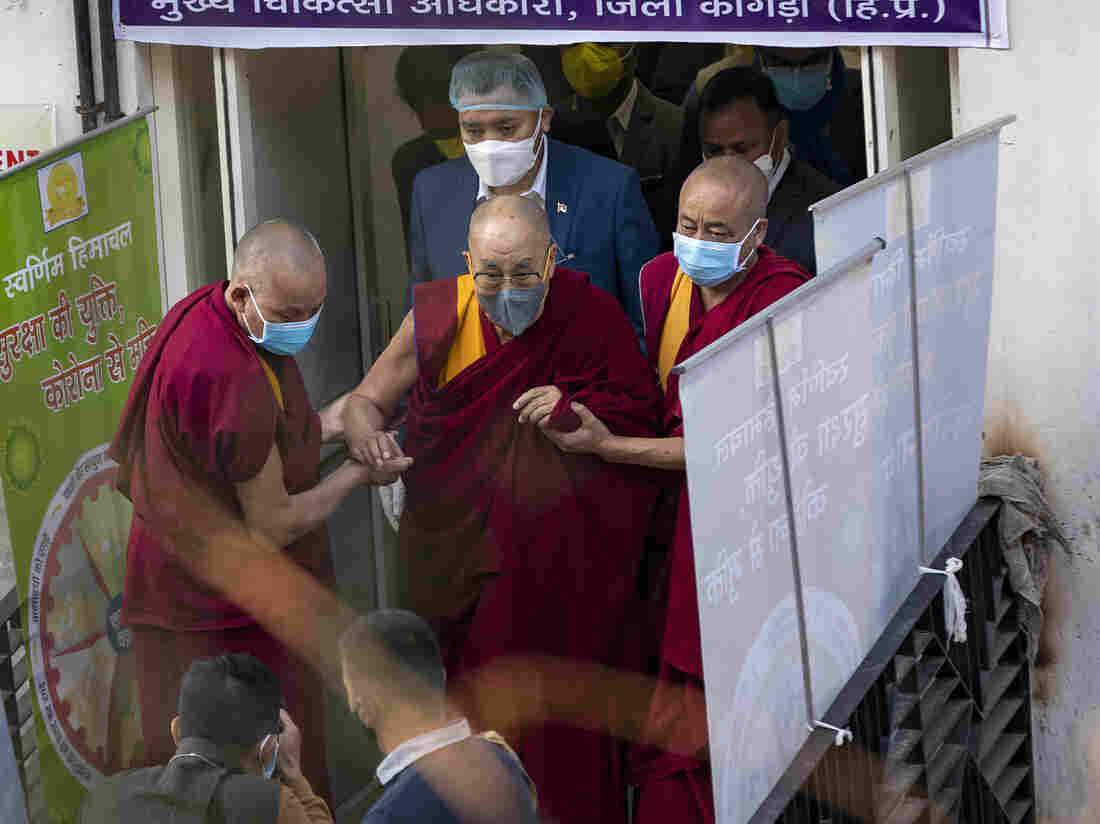 The Dalai Lama leaves the Zonal Hospital in Dharmsala, India, on Saturday after receiving the COVID-19 vaccine. 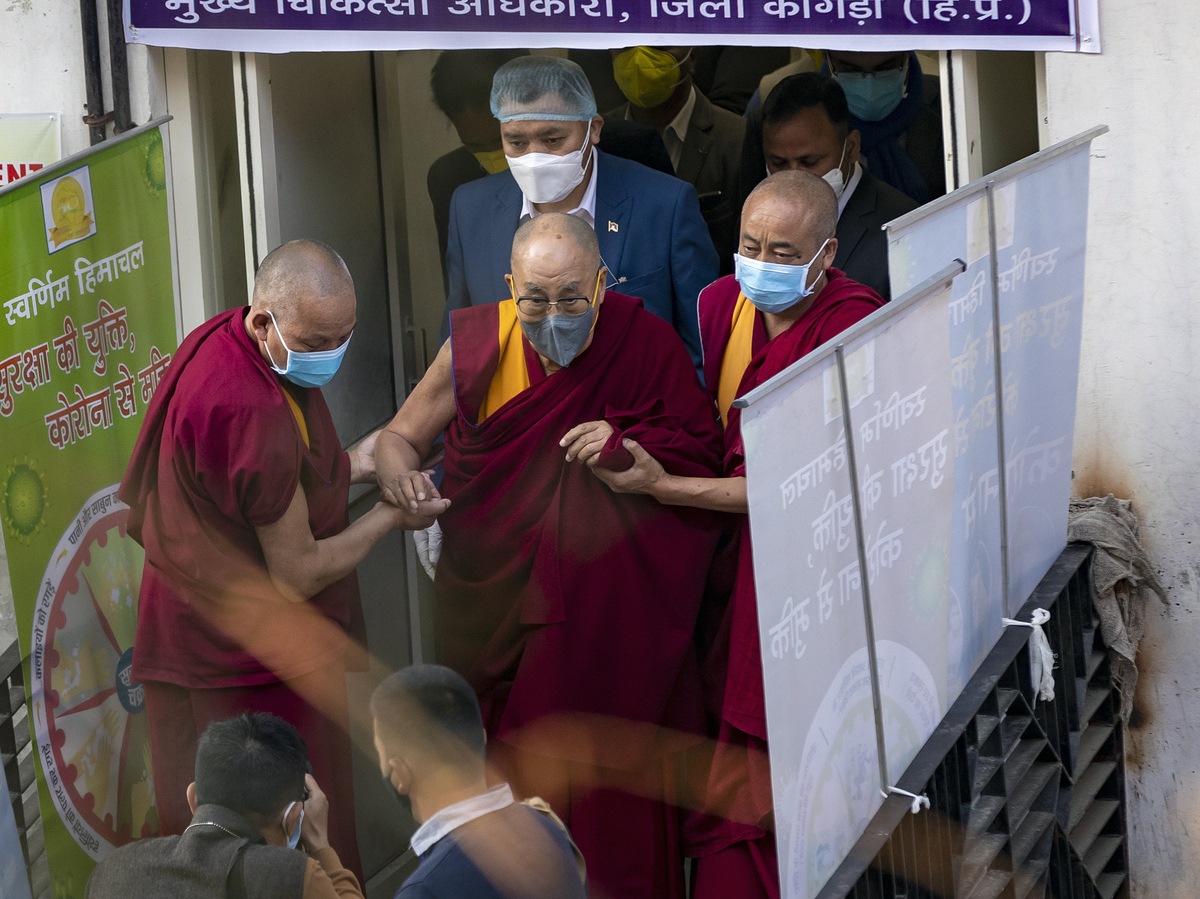 The Dalai Lama leaves the Zonal Hospital in Dharmsala, India, on Saturday after receiving the COVID-19 vaccine.

The Dalai Lama, the exiled Tibetan spiritual leader, left his home on Saturday to receive his first dose of the COVID-19 vaccine and promote vaccination against the coronavirus, in what was his first public appearance in over a year.

The 85-year-old scrapped plans to receive the injection at home, opting instead to travel to a clinic in Dharamsala, India, where he’s lived since fleeing China after a failed uprising in 1959.

He was photographed exposing his right shoulder to receive a vaccine known as Covishield in India, which was developed by the University of Oxford and drug firm AstraZeneca. In a video message afterward, the Dalai Lama said, “I took [the vaccine] so I want to share [that] more people should have courage to take this injection.”

This comes as India and other countries try to ramp up vaccination distribution to outrun the coronavirus and its variant forms. India currently has the world’s second-highest COVID-19 caseload, with over 11 million confirmed cases. To date, more than 157,000 people have died of the disease in India.

Globally, there are more than 116 million cases of COVID-19, according to Johns Hopkins University. A quarter of those cases are in the U.S., where more than 522,000 have died of the disease since the pandemic began.

On Monday, high-ranking government Indian officials, including Prime Minister Narendra Modi, publicly touted receiving their vaccines. Afterward, Modi tweeted: “I appeal to all those who are eligible to take the vaccine. Together, let us make India Covid-19 free.”

Took my first dose of the COVID-19 vaccine at AIIMS.

Remarkable how our doctors and scientists have worked in quick time to strengthen the global fight against COVID-19.

I appeal to all those who are eligible to take the vaccine. Together, let us make India COVID-19 free! pic.twitter.com/5z5cvAoMrv

India, like the U.S. and other parts of the world, has seen its share of vaccine-related controversy, some of which relates to the speed with which the medicines have rolled out. Unlike the Dalai Lama, Modi and others received shots of a homegrown vaccine called COVAXIN, which the Indian government approved for use in January, even before clinical trial data on its efficacy was released. The decision to authorize early prompted concern from scientists and public health experts.

Some of that debate was put to rest on Wednesday, when Bharat Biotech, the company making the COVAXIN vaccine, released preliminary analysis of phase 3 clinical trials showing its doses 81% effective in preventing infection.

Still, India could eventually become a powerhouse in the world’s fight against COVID-19. It already makes most of the world’s vaccines, and companies are already ramping up manufacturing capacity. India, the country is expected to make 3.5 billion doses of COVID-19 vaccine, second only to the U.S., which is expected to make 4 billion, according to Deloitte.