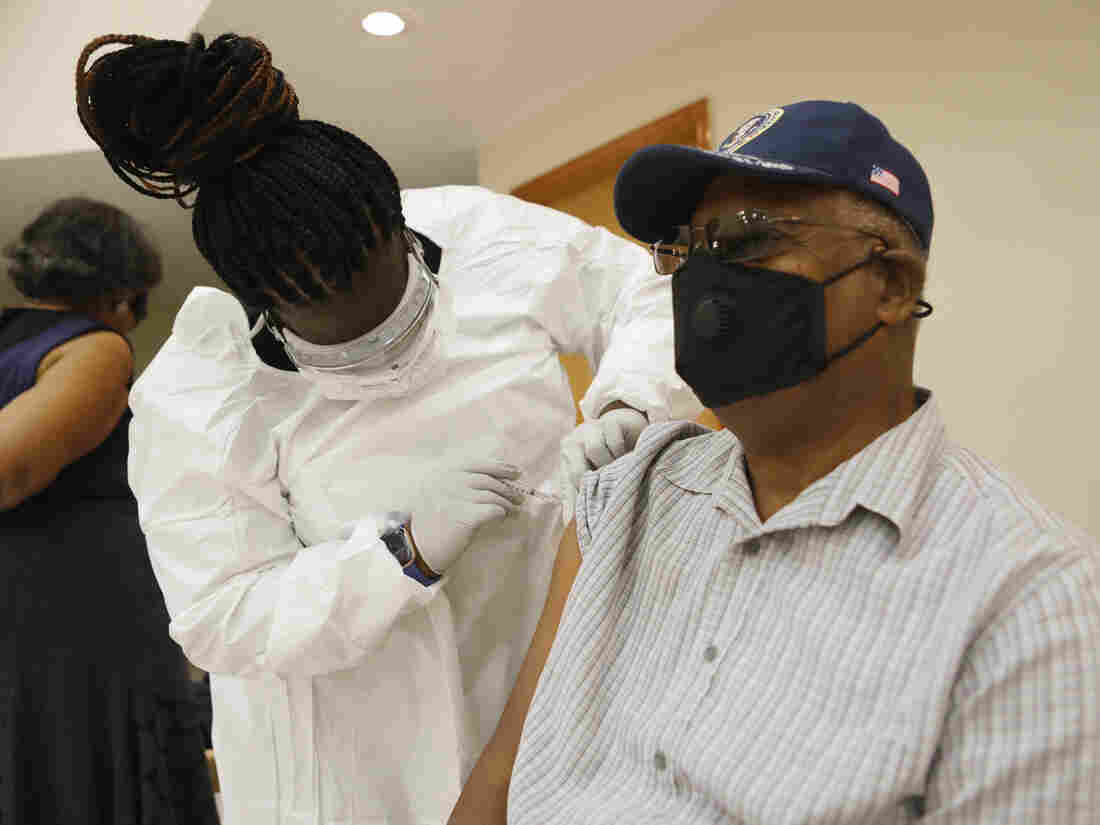 A health care worker administers the COVID-19 vaccine to a resident in Tampa, Fla., on Jan. 10. Seniors in Florida’s Leon County have had trouble signing up for the vaccine and a local reporter tried to help them. 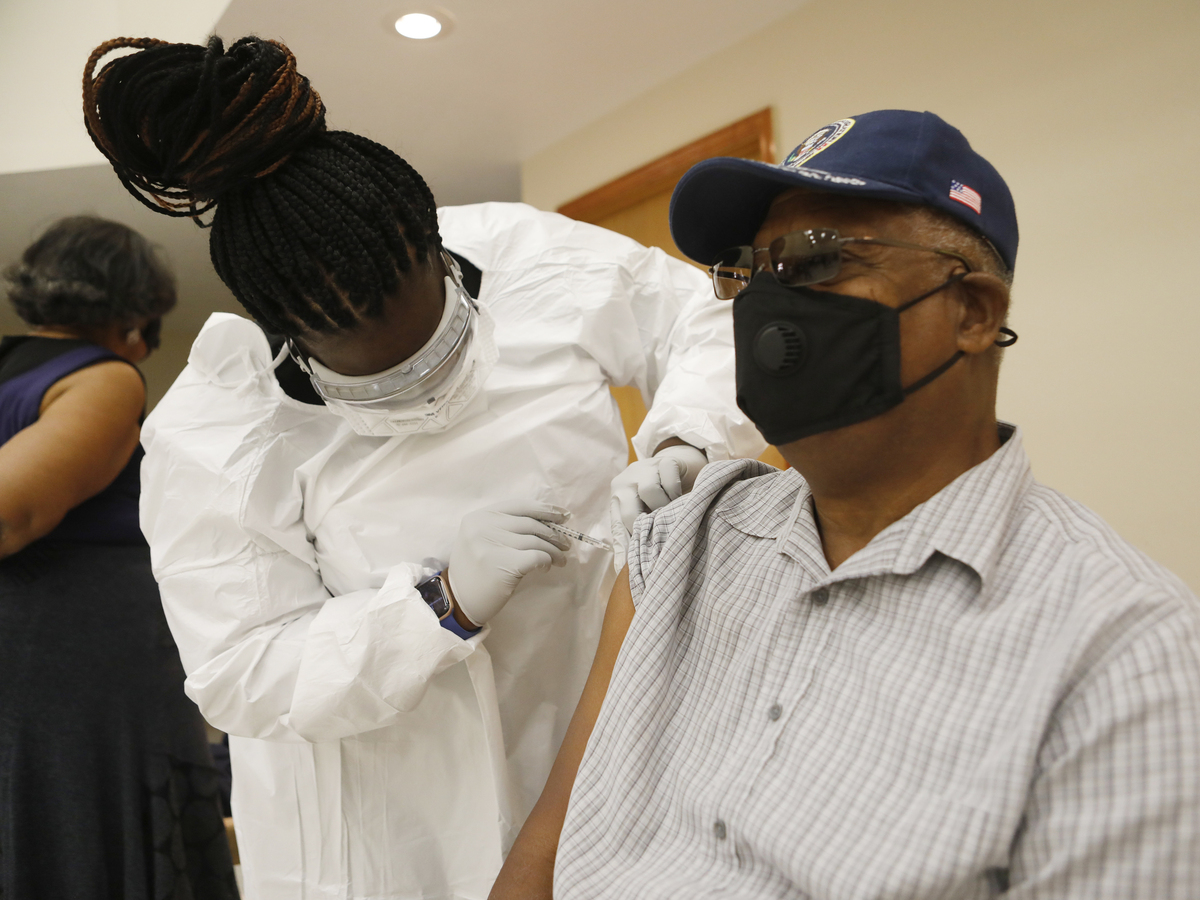 A health care worker administers the COVID-19 vaccine to a resident in Tampa, Fla., on Jan. 10. Seniors in Florida’s Leon County have had trouble signing up for the vaccine and a local reporter tried to help them.

Like residents around the country, millions of Floridians are anxious to get the COVID-19 vaccine, but the process of signing up for the shots has been confusing. Until recently, the process was different in each of the state’s 67 counties.

As NPR’s Greg Allen reported last month, “The haphazard vaccination system, which varies county by county, is tilted toward those who can monitor social media and book appointments online before the slots run out.”

In Leon County, home to the state capital, Tallahassee Democrat reporter CD Davidson-Hiers found herself in the middle of that chaos. She’s been covering the pandemic for the newspaper and her phone number is printed next to her stories.

So, when the Leon County Health Department started distributing vaccines to seniors late last year, “I was just flooded with calls,” Davidson-Hiers tells NPR’s Morning Edition. She got nearly 60 calls the first day and then hundreds more after that.

Many people who called her thought they were actually calling the health department. Callers wanted to know: How do I get the vaccine? Where do I go? Are they taking appointments?

“A lot of people just jumped in their cars and drove to the health department that first day and they got vaccinated,” Davidson-Hiers says. But then the department began requiring people to have an appointment.

People who tried to call the department to sign up found themselves on hold for hours. “They got 300 calls within the first few hours,” Davidson-Hiers says. “And their phone number crashed.”

“So it was just this entire confusion of what was going on,” Davidson-Hiers says.

The problems went beyond the department’s phone system.

“People were trying to get through by email and then they had an online system that was a little funky to use that they then tried to update,” Davidson-Hiers says. “But that caused more confusion because now you have a website that looks different than how people were used to it looking.”

She says the county stopped accepting vaccination registrations online “because they’ve just been flooded. And as public health officials have deemed it, it was unsophisticated at best.” That happened after about half of the county’s 40,000 seniors had signed up, she says. So far, more than 29,000 Leon County residents have been vaccinated.

NPR reached out to the Leon County Health Department but has not yet received a comment about the problems Davidson-Hiers describes.

The Health Department website now says that residents 65 and over can sign up by visiting a new state portal at https://myvaccine.fl.gov/, but cautions “it may be weeks before we are able to implement the system and for them to get a vaccine appointment.”

The department is arranging with the county government for volunteers to call seniors who have already pre-registered to schedule vaccination appointments.

But Davidson-Hiers says that has sparked even more problems. Some volunteers’ calls may be blocked because they’re not showing local area codes or because their numbers are displaying as “unknown caller” on caller IDs. “In Florida, we’re all very used to that being a spam risk. So you’re not going to answer,” Davidson-Hiers says.

Volunteers are instructed not to leave voicemails, but Davidson-Hiers says some do, telling people they are calling to set up a vaccine appointment and will call back in 90 seconds.

Another county agency began texting people confirmations that they were still in the system, “though they never tell folks where you are in the system, which is another big question,” she adds.

But Davidson-Hiers says that once people have gotten through to get their vaccine, “the process has been amazingly easy. They say it took, you know, 20 minutes, 15 minutes of them waiting to see if they had a reaction. The people there are working as hard as they can.”

Davidson-Hiers sees taking those calls from readers as part of her mission as a reporter.

“That’s the beauty of local news, is you are available to your community.”

Marc Rivers, Taylor Haney and Simone Popperl produced and edited the audio version of this story.