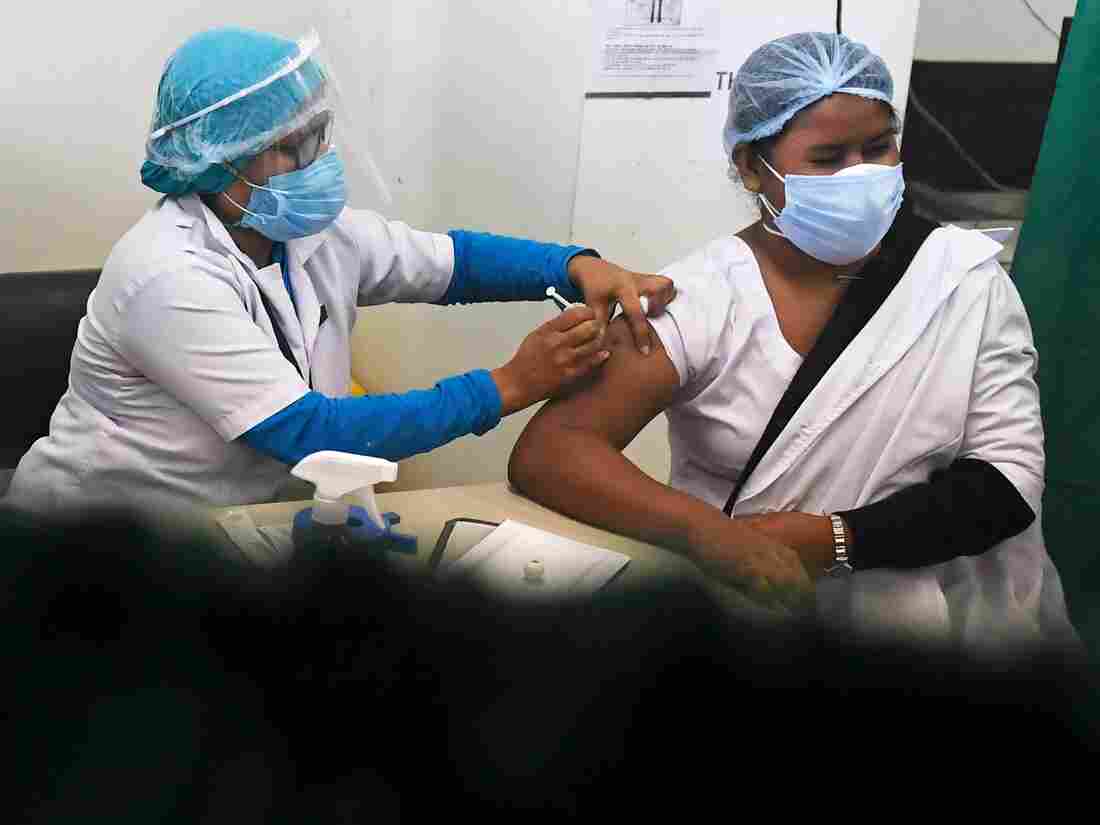 A medical worker inoculates a colleague with a COVID-19 vaccine at the Nil Ratan Sircar Medical College and Hospital in Kolkata on Saturday. 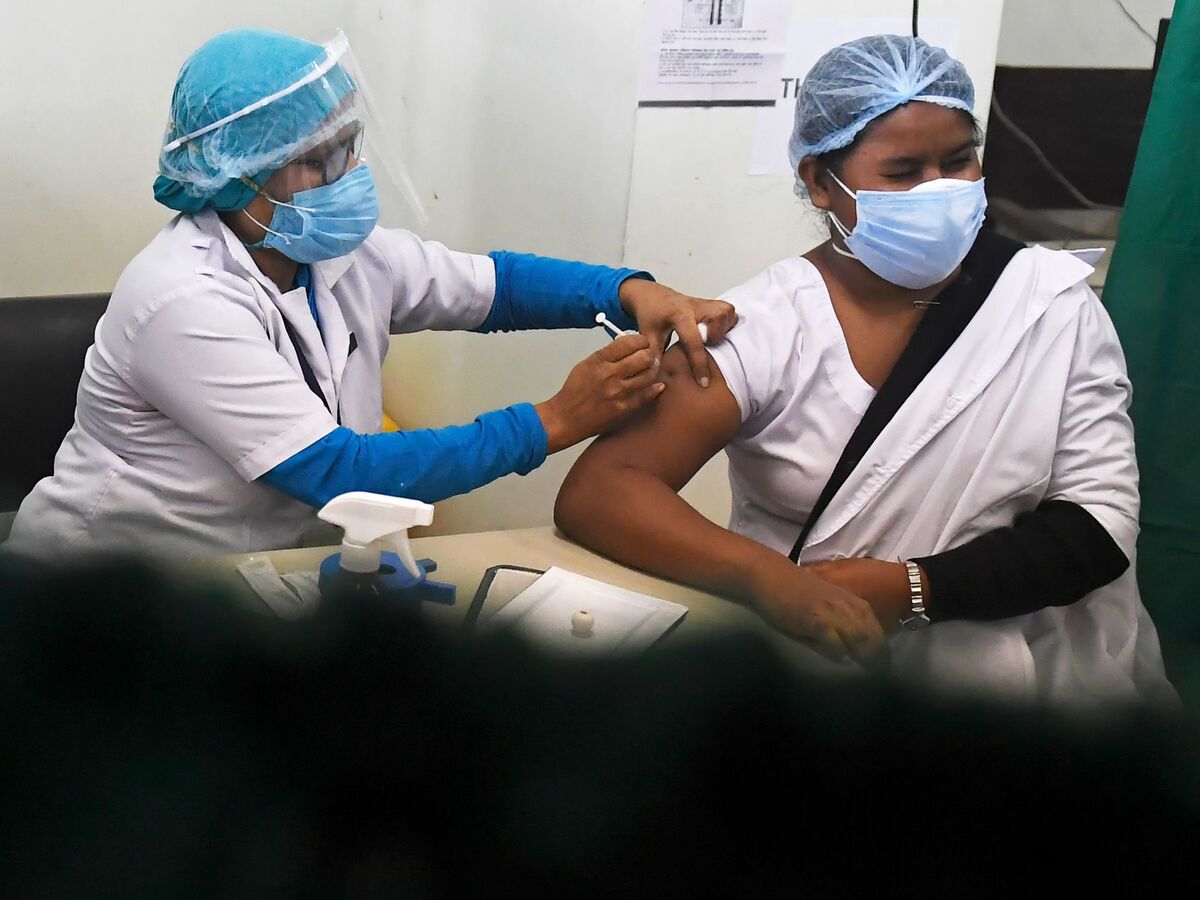 A medical worker inoculates a colleague with a COVID-19 vaccine at the Nil Ratan Sircar Medical College and Hospital in Kolkata on Saturday.

Cheers erupted in hospital wards across India on Saturday as a first group of nurses and sanitation workers rolled up their sleeves and got vaccinated against COVID-19, at the start of what’s likely to become the biggest national vaccination campaign in history.

India aims to vaccinate 300 million people by July, though it could take an additional two or more years to inoculate all nearly 1.4 billion Indians. The shots are voluntary. Hospitals and clinics have been setting up and rehearsing for weeks.

“A proud moment indeed! This is what we’ve been waiting for,” Dr. R. Jayanthi, dean of the Omandurar Medical College in the southern city of Chennai, told local media moments after receiving her shot. “I’m truly a very privileged beneficiary today, and I’m feeling absolutely fine.”

Earlier this month, the Indian government granted emergency authorization to two vaccines — one developed by Oxford University and the pharmaceutical giant AstraZeneca, and a homegrown formula developed by an Indian company, Bharat Biotech. Both are administered in two doses about a month apart.

The latter is still in phase three clinical trials, and full efficacy data is not yet out. Some scientists, public health experts and opposition politicians accuse the government of risking public safety to rush out an indigenously made formula out of national pride. Bharat Biotech and Indian officials insist the formula is safe.

Recipients are not permitted to choose between the two vaccines.

In a televised address to the nation, Prime Minister Narendra Modi asked citizens not to believe any “rumors about the safety of vaccines.”

“We are launching the world’s biggest vaccination drive and it shows the world our capability,” Modi said.

Global surveys show less vaccine hesitancy in India than in the United States or other countries. India has successfully eradicated many diseases through mass immunization campaigns. India was officially declared polio-free in 2014.

On Saturday, a ward attendant was handed red flowers by well-wishers moments after she got vaccinated at Victoria Hospital in the southern business hub of Bengaluru. Politicians crowded around her, and many snapped photos. There was little social-distancing.

In his speech, Modi asked Indians to remain vigilant and adhere to safety measures.

India is using its massive voter rolls to identify citizens by age and thus eligibility for the vaccines. The first batch of 30 million recipients are health professionals and frontline workers, including police and sanitation workers. After that, India plans to make the vaccine available to a group of 270 million people over the age of 50, or with pre-existing conditions.

India’s demographics skew young; half the population is under the age of 25. That’s thought to have reduced the coronavirus’ mortality in India. While India has the second-highest tally of confirmed cases in the world, after the United States, its mortality rate is much lower, according to data from Johns Hopkins University.