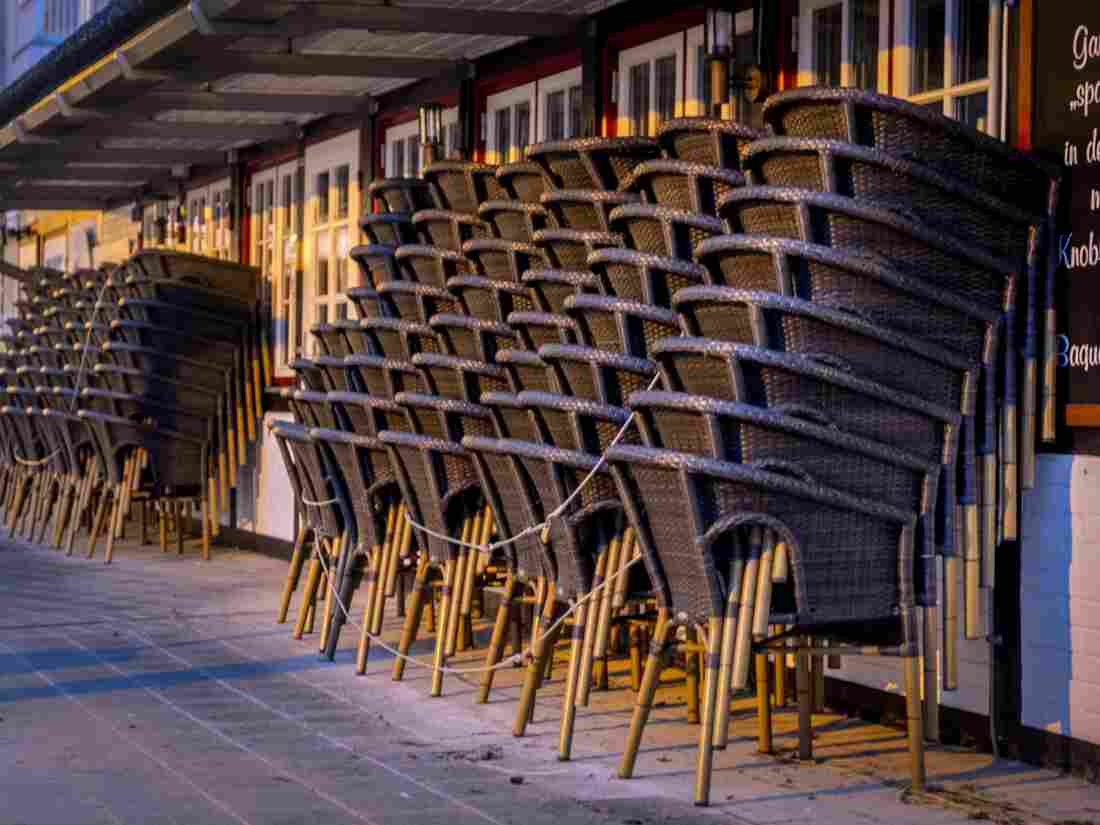 Chairs are piled up outside a restaurant in the Baltic Sea resort town of Haffkrug, Germany, on Monday. To avoid the outspread of the new coronavirus all restaurants in Germany are closed. 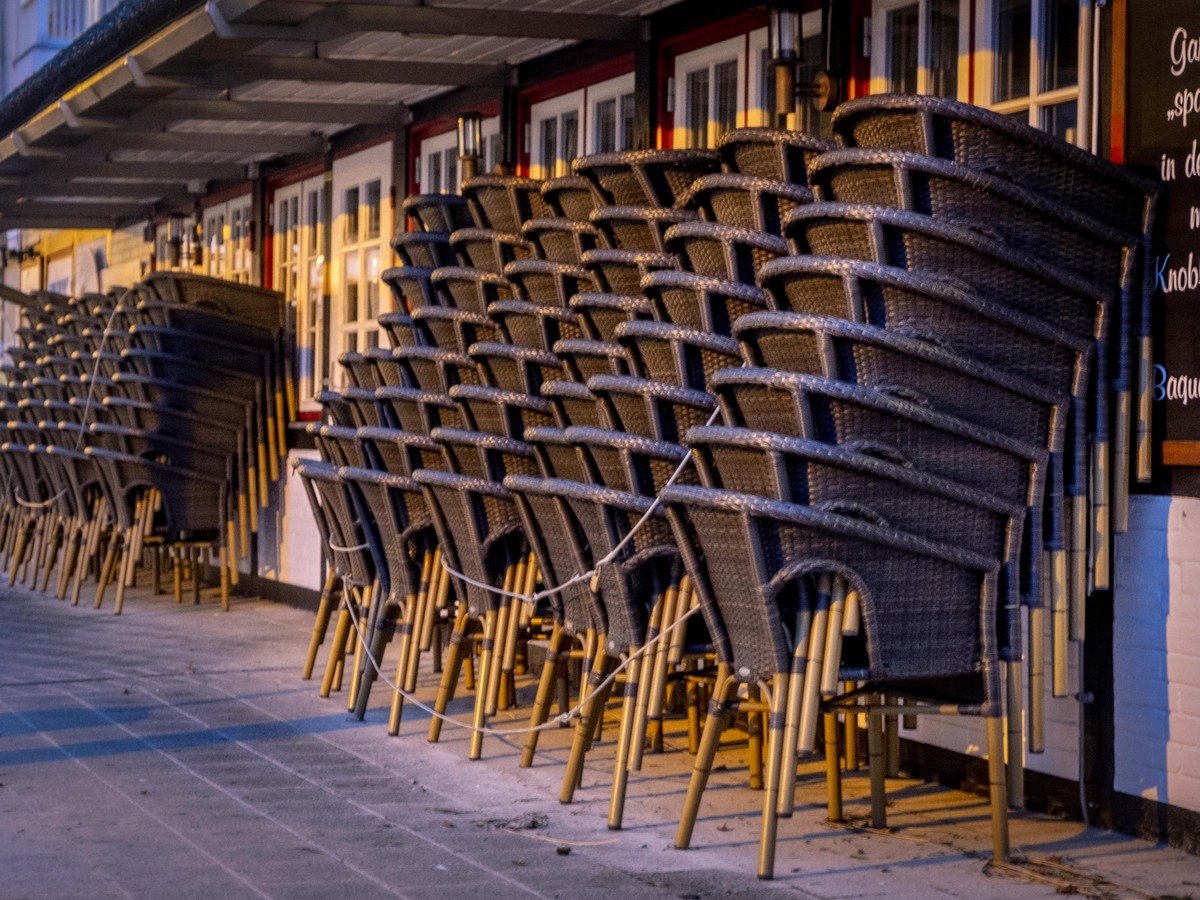 Chairs are piled up outside a restaurant in the Baltic Sea resort town of Haffkrug, Germany, on Monday. To avoid the outspread of the new coronavirus all restaurants in Germany are closed.

German Chancellor Angela Merkel and the leaders of Germany’s 16 states have agreed to extend the country’s current lockdown through the end of January. Starting next Monday, people who live in coronavirus hotspots will be allowed no further than 15 kilometers from their homes for non-essential purposes, and individuals may only meet with one other person outside their households.

While the number of daily infections is starting to dip in Germany, deaths from COVID-19 have risen in recent weeks to around a thousand per day. Non-essential stores and schools throughout Germany have been closed since Dec. 16, and restaurants, bars and cafés have been restricted to take-out service since the beginning of November.

Meanwhile, Health Minister Jens Spahn is rejecting criticism about the low number of vaccine doses available in Germany, saying he had never promised there would be more than was originally announced for the beginning of inoculations.

According to news outlets Die Welt and Der Spiegel, Spahn told members of his party yesterday he expects everyone in Germany to be able to get the vaccine in the second quarter of 2021. This prediction reportedly assumes Germany will be able to obtain 60 million Pfizer-BioNTech doses and 50 million Moderna doses, the latter of which is expected to be licensed in the EU this week.

Merkel’s spokesman Steffen Seibert admitted on Monday that the vaccination roll-out has been slow, but he defended the government’s decision to order vaccines via the European Commission as part of an EU-wide approach to inoculation. So far, roughly 265,000 Germans have been given their first shot of the vaccine.

Much of the criticism of the country’s vaccination rollout in the German news media comes from politicians, and according to political observers, amounts to early campaigning in preparation for federal elections later this year in Germany.