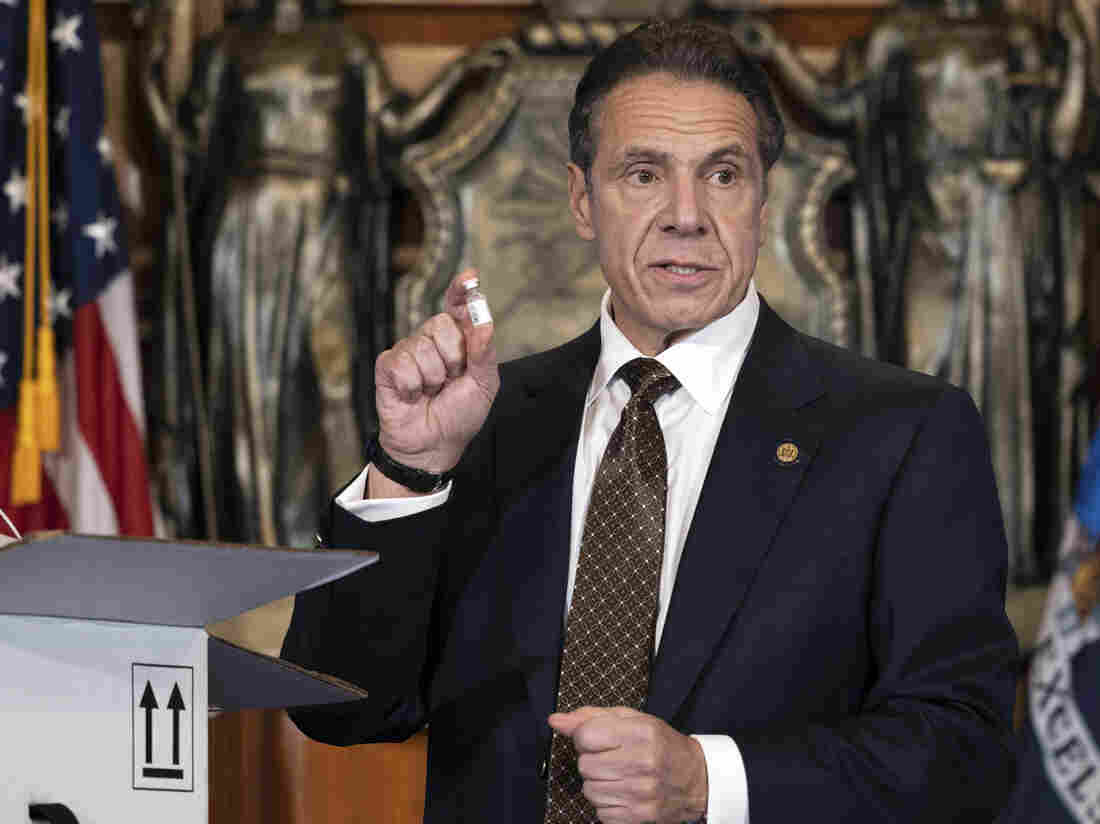 Gov. Andrew Cuomo is urging New Yorkers to get the coronavirus vaccine when it becomes available to them. “This is not only an individual responsibility; it is a community obligation,” he said. Cuomo is seen above holding a sample of empty packaging for the COVID-19 vaccine during a news conference in Albany last month. 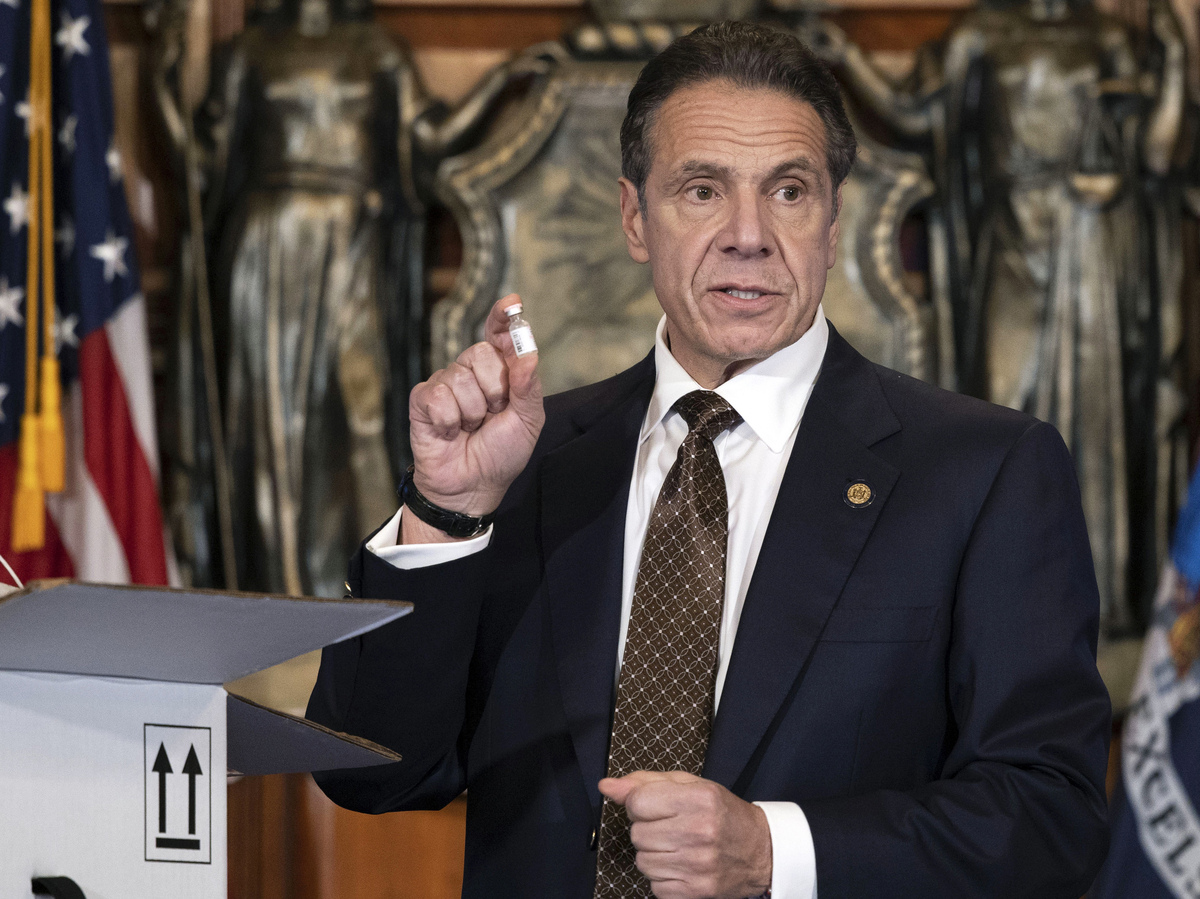 Gov. Andrew Cuomo is urging New Yorkers to get the coronavirus vaccine when it becomes available to them. “This is not only an individual responsibility; it is a community obligation,” he said. Cuomo is seen above holding a sample of empty packaging for the COVID-19 vaccine during a news conference in Albany last month.

New York Gov. Andrew Cuomo vowed that he will not take the coronavirus vaccine until it is available for his group in Black, Hispanic and poor communities around his state.

Cuomo spoke about the “many injustices in our society” that the pandemic has exposed, while also calling out racism as a public health crisis, during pre-recorded remarks on Sunday to Abyssinian Baptist Church, a historic Black church in Harlem.

The governor called the vaccine rollout a pressing challenge for the state, but promised that it will be done in an equitable way.

“Race or income will not determine who lives and who dies,” Cuomo said. “I move around a lot and come into contact with many people and I would feel much safer if I took the vaccine, but I will not take the vaccine until the vaccine is available for my group in Black, Hispanic, and poor communities around the state.”

He also urged the state’s residents to get the vaccine when it becomes more widely available to the general public, saying that between 70% and 90% of New Yorkers need to be vaccinated in order for it to be effective.

Cuomo’s administration has created a task force led by New York Attorney General Letitia James, who is Black, and New York Secretary of State Rossana Rosado, who is Puerto Rican, to ensure that the vaccine is available “to everyone everywhere” in the state.

The goal of the task force is to connect areas of the state that have been largely left to fend for themselves the handle the impacts of the virus, NPR member station WBFO in Buffalo, N.Y., reported last month. Cuomo hopes it will become a model for other parts of the county for an impartial approach to vaccine outreach.

Cuomo vowing not to get the vaccine, for now, appears to run counter to how many other politicians are approaching inoculation from the coronavirus.

In mid-December, Vice President Pence, second lady Karen Pence and Surgeon General Jerome Adams all went before cameras at the White House to get their first doses of the vaccine. It was billed as an effort to show that the vaccine was safe.