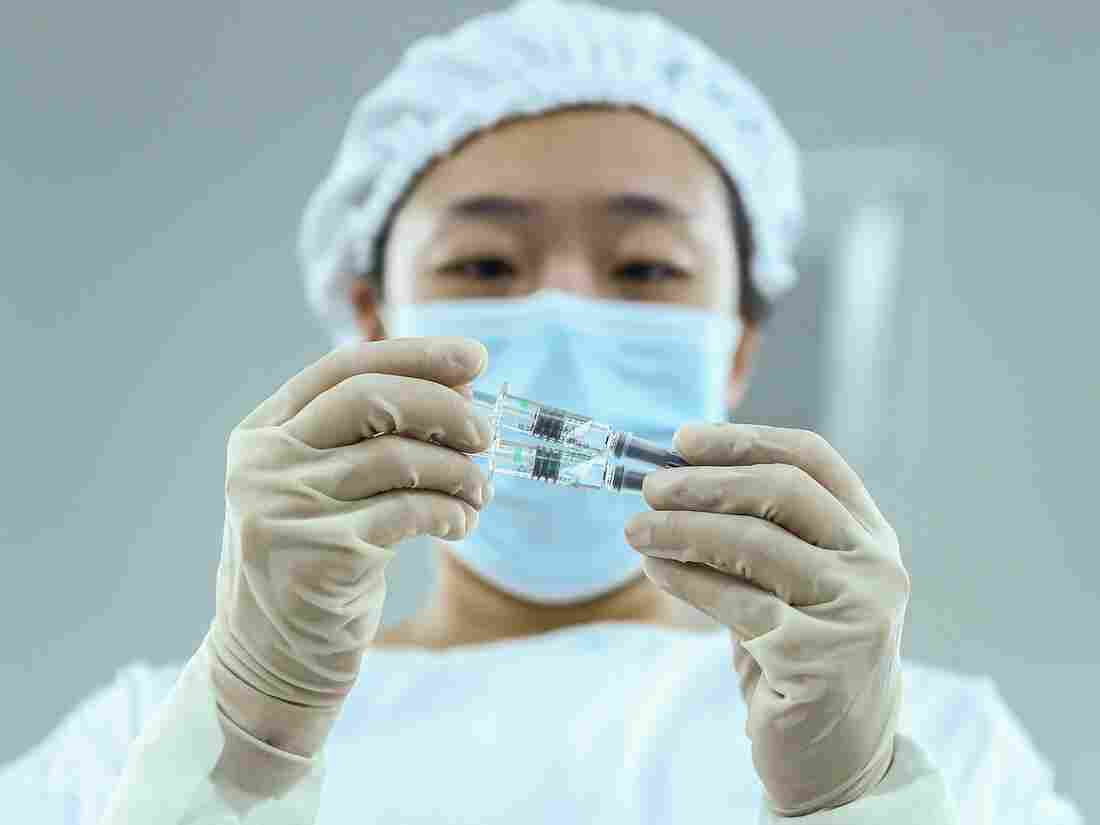 A staff member checks a COVID-19 vaccine package in Beijing. China has approved Sinopharm’s vaccine, after clinical trials showed the drug has a 79.34% efficacy against COVID-19. 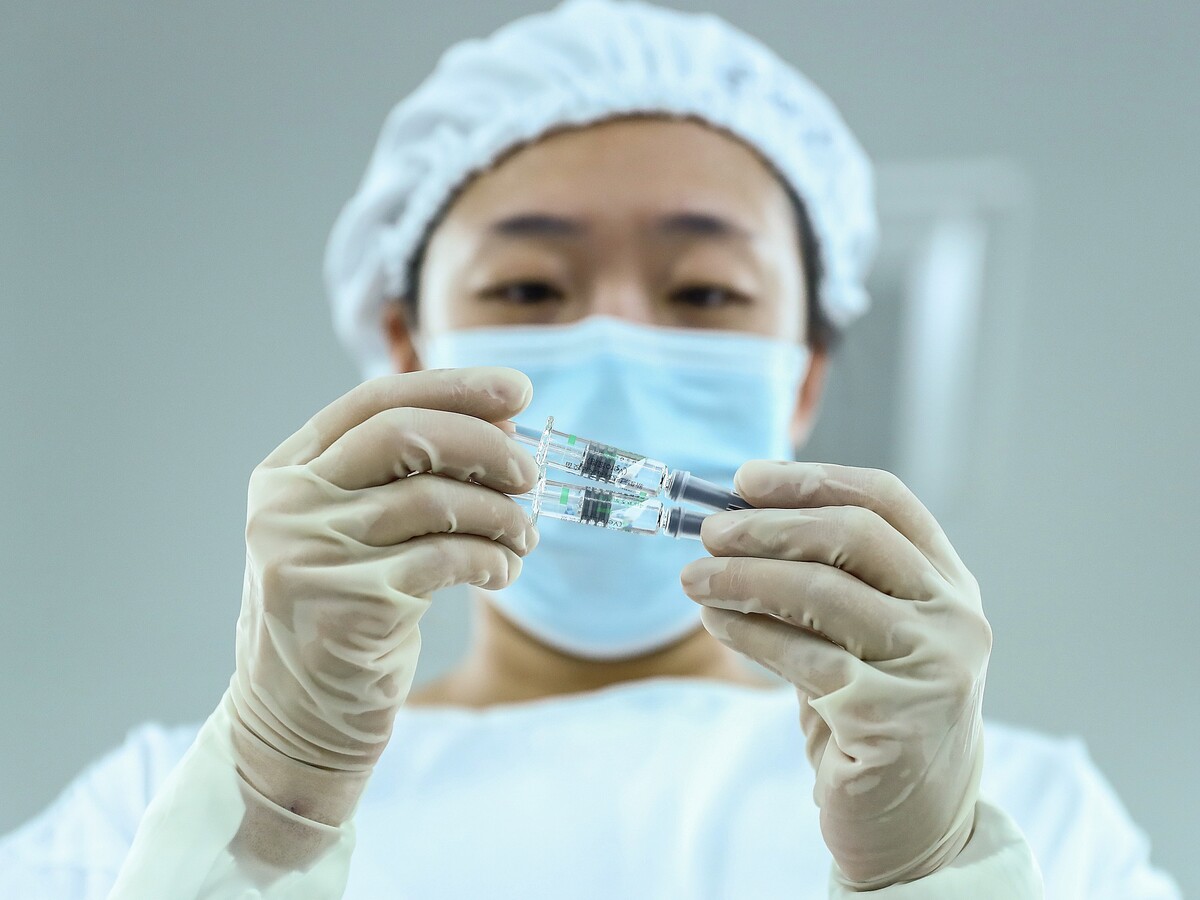 A staff member checks a COVID-19 vaccine package in Beijing. China has approved Sinopharm’s vaccine, after clinical trials showed the drug has a 79.34% efficacy against COVID-19.

China’s medical products agency has given market approval to the country’s first COVID-19 vaccine, made by state-owned Sinopharm. The conglomerate says its vaccine has a 79% efficacy rate — surpassing the widely accepted standard of 50% efficacy.

The approval is conditional, requiring Sinopharm to continue collecting data about the vaccine and its long-term effects. But the arrival of another mass-produced vaccine could provide relief in countries that have been unable to secure doses of the vaccines made by Pfizer-BioNTech and Moderna. China’s approval came one day after the U.K. approved a vaccine made by AstraZeneca and Oxford University.

The Chinese vaccine requires two injections. It was created by a Sinopharm subsidiary, the China National Biotec Group, or CNBG. The drug maker says it has been conducting clinical studies in China as well as other countries, such as the United Arab Emirates, Bahrain, Egypt, Jordan, Peru, Argentina and Morocco.

“During the summer, Beijing gave a green light for emergency use of the Sinopharm vaccine and several others,” NPR’s John Ruwitch reports for our Newscast unit. “State media say that millions of doses have already been administered, including to front-line medical staff and people going abroad for work. Emergency use is set to expand.”

Both Bahrain and the UAE — where large-scale trials of the Sinopharm vaccine took place — approved the vaccine earlier this month.

China’s new approval for widespread use moves the country closer to its goals of vaccinating millions more people in the coming months. To protect itself from COVID-19, China must vaccinate at least 700 million residents, CNBG chairman Yang Xiaoming told Chinese state-run media.

Yang also said that he and hundreds of other CNBG employees were inoculated with a version of the company’s vaccine in March — the same month COVID-19 was declared a global pandemic.

Along with the efficacy rate, vaccines’ ability to protect public health is tied to another figure: vaccine coverage — the number of people who get the shot and develop antibodies to the virus.

“The percentage of people who need to have antibodies in order to achieve herd immunity against a particular disease varies with each disease,” the World Health Organization says. It notes that for measles, around 95% of a population must be vaccinated to achieve herd immunity, while for polio, the threshold is much lower: about 80%.

In addition to those differences, a vaccine’s efficacy rate directly affects the amount of coverage a population must have to prevent or curtail an epidemic. Researchers have been studying how high an efficacy rate must be to protect the public without any other interventions.

One study recently concluded that a vaccine “has to have an efficacy of at least 70% to prevent an epidemic and of at least 80% to largely extinguish an epidemic without any other measures (e.g., social distancing).”