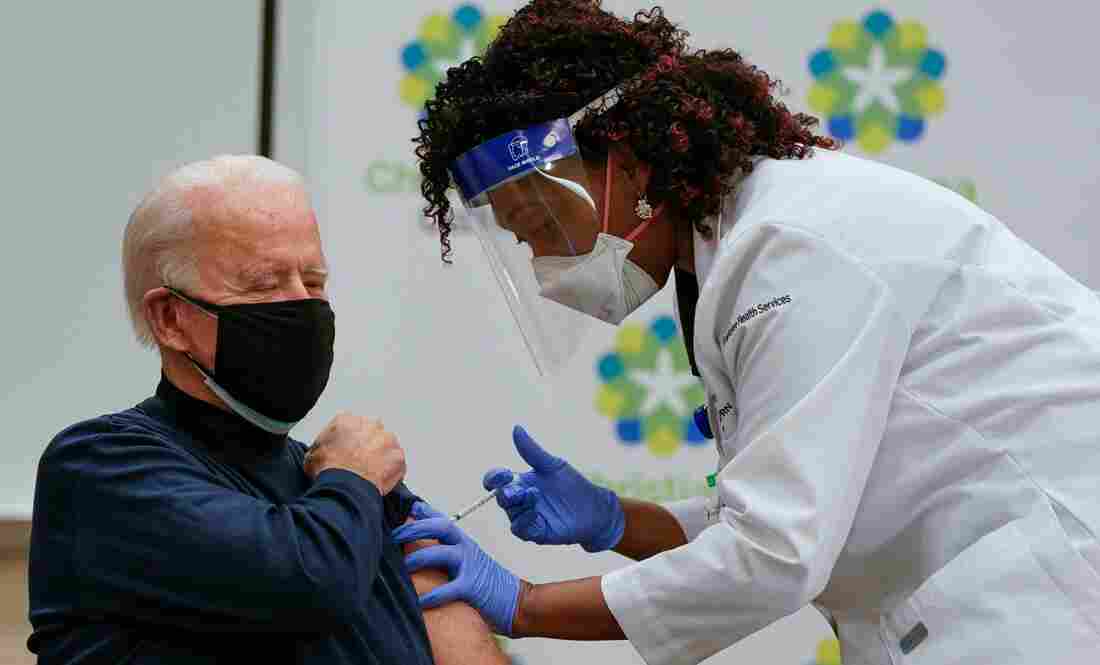 President-elect Joe Biden receives a COVID-19 vaccination at the ChristianaCare hospital in Newark, Del., on Monday. 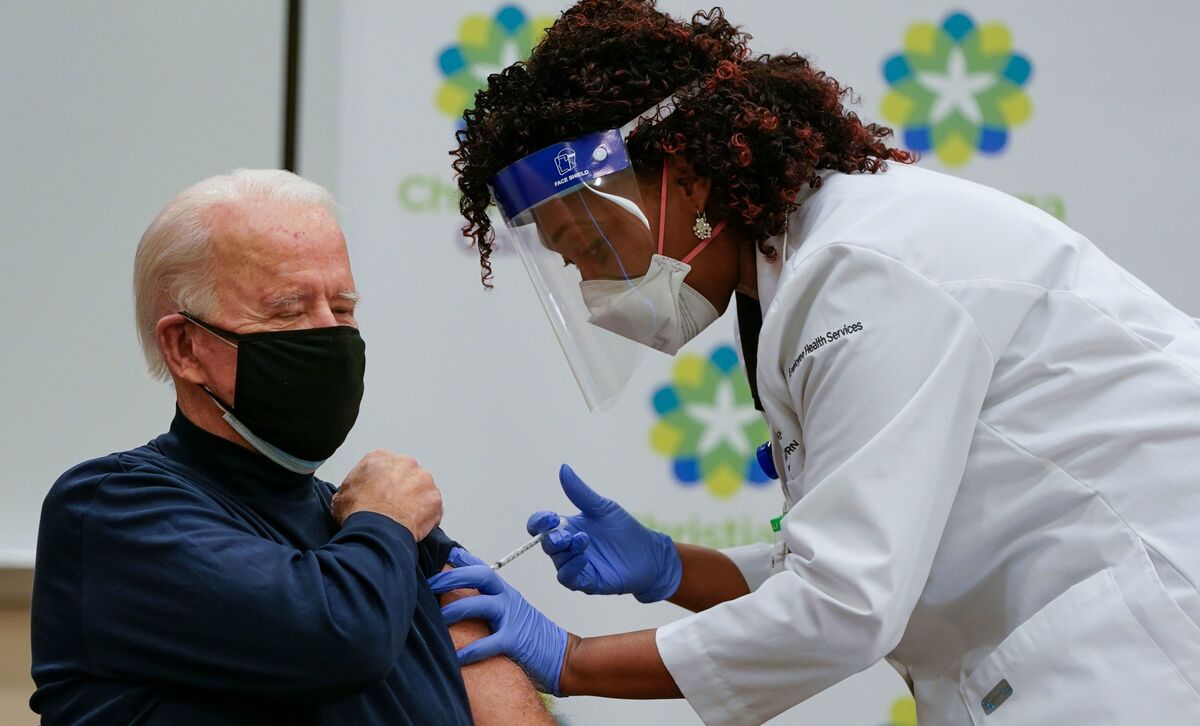 President-elect Joe Biden receives a COVID-19 vaccination at the ChristianaCare hospital in Newark, Del., on Monday.

President-elect Joe Biden publicly received his first dose of the Pfizer-BioNTech coronavirus vaccine on Monday, as the death toll from the disease nears 320,000 in the United States.

Rolling up his sleeve at ChristianaCare Hospital in Newark, Del., Biden told nurse practioner Tabe Masa, “I’m ready!” and thanked her for her work with COVID-19 patients. “We owe you big, we really do,” Biden said.

“I’m doing this to demonstrate that people should be prepared when it’s available, to take the vaccine. There’s nothing to worry about,” the president-elect said of his first vaccine dose. He said he was “looking forward” to getting the second dose.

“This is just the beginning. It’s one thing to get the vaccine out, and now [vaccine-maker] Moderna is going to be on the road as well, but it’s going to take time,” he added, imploring Americans to continue following health guidelines, including to wear masks, socially distance and avoid unnecessary travel.

The president-elect, who said the Trump administration “deserves credit” for getting the development and distribution of vaccines off the ground, has set a goal of distributing 100 million vaccine shots in the first 100 days of his administration.

In receiving the vaccine on Monday, the Bidens join a growing list of political leaders who are sharing videos or photos of themselves getting inoculated in an effort to boost public trust in the efficacy and safety of the vaccines that have been authorized for emergency use. The federal government has allotted vaccine doses to officials according to continuity of government protocols.

“Vaccines are how we beat this virus,” Senate Majority Leader Mitch McConnell, R-Ky, tweeted on Friday, after receiving his first shot.

Now back to continue fighting for a rescue package including a lot more money for distribution so more Americans can receive it as fast as possible. pic.twitter.com/kSBhI3EzzM

House Speaker Nancy Pelosi, D-Calif., also shared photos of her vaccination, reminding the public to continue to follow social distancing guidelines and to wear masks as the vaccine is being distributed over the next several months.

Today, with confidence in science & at the direction of the Office of the Attending Physician, I received the COVID-19 vaccine. As the vaccine is being distributed, we must all continue mask wearing, social distancing & other science-based steps to save lives & crush the virus. pic.twitter.com/tijVCSnJd7

Biden is 78, an age that puts him at higher risk of severe symptoms, should he contract the virus.

A Centers for Disease Control and Prevention panel on Sunday recommended that people over 75 be among the group prioritized next for a vaccine, following health care workers and residents and workers at long-term care facilities.

Louisiana Rep. Cedric Richmond, who will lead Biden’s Office of Public Engagement, tested positive for the coronavirus last week. He did not have close contact with the president-elect prior to the positive test, an aide said.

According to a December NPR/PBS NewsHour/Marist survey, 61% of Americans say they will take a vaccine when they are able to, up from 49% in September.

Among those most reluctant to get the vaccine are supporters of President Trump, people who live in rural areas and people without college degrees.

The White House has not said when Trump or first lady Melania Trump, both of whom were infected with the virus earlier this year, would receive the vaccine.

Vice President-elect Kamala Harris is expected to begin her course of vaccination next week.