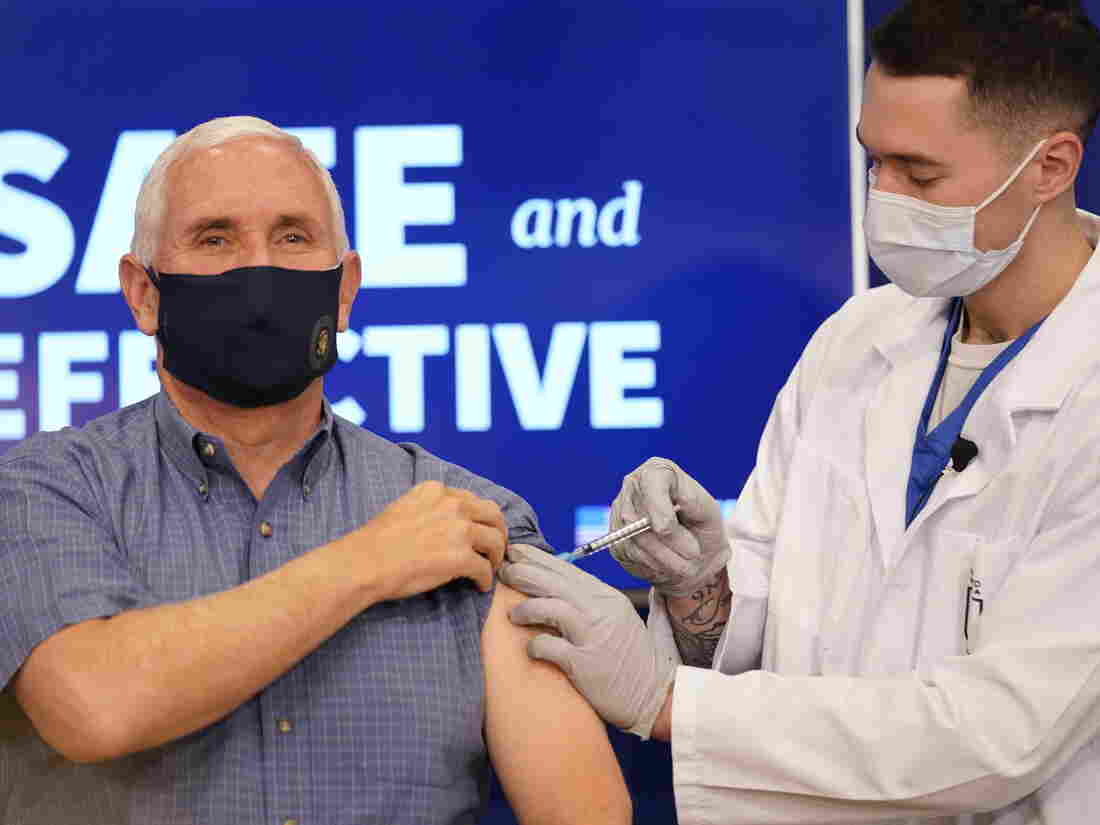 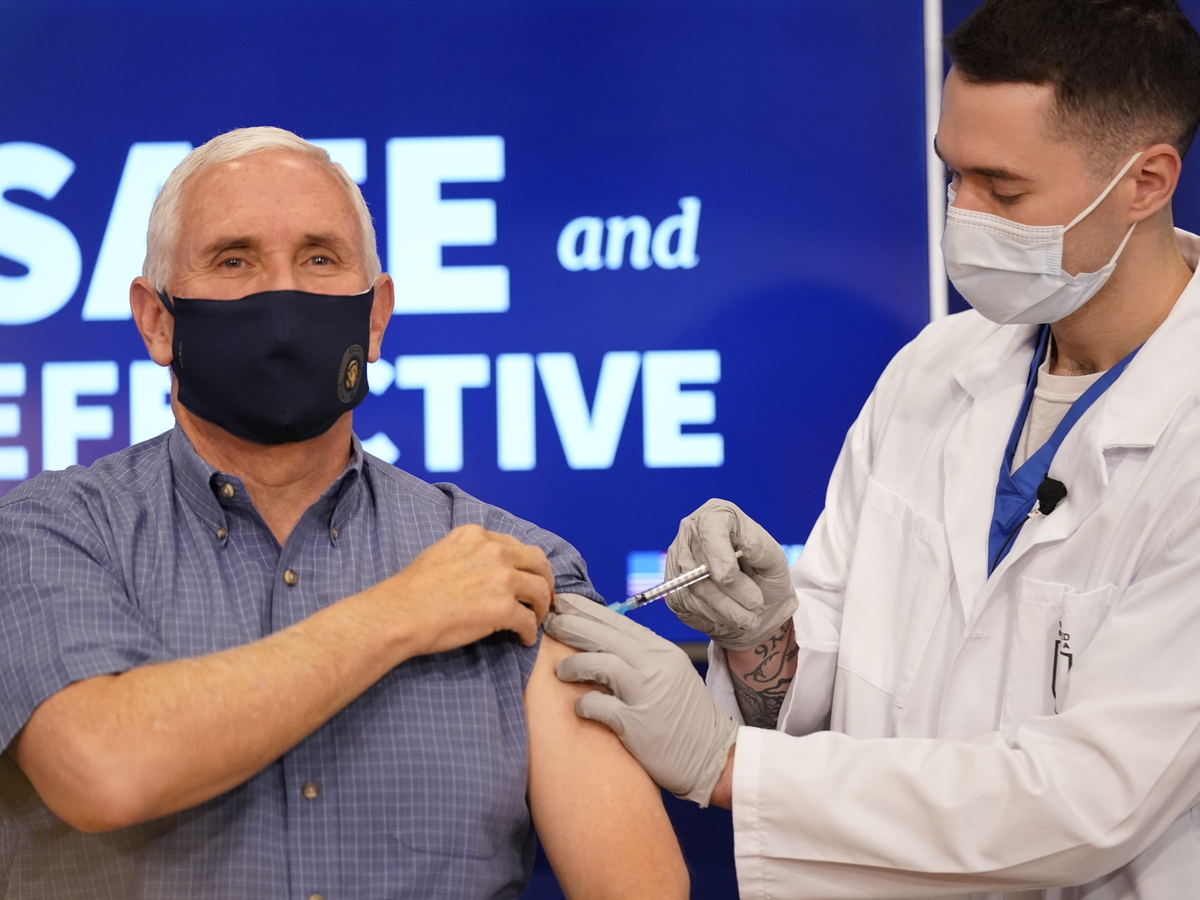 Vice President Pence, first lady Karen Pence and Surgeon General Jerome Adams received a COVID-19 vaccine on Friday at the White House in a televised event aimed at showing the vaccine is safe and effective.

Pence, wearing a short-sleeve dress shirt, pushed up his sleeve to get the vaccine. He appeared to be smiling underneath his mask and did not watch as he was administered the vaccine by a member of the Walter Reed National Military Medical Center.

“I didn’t feel a thing! Well done!” Pence said after getting the shot.

Pence — who was joined by Dr. Anthony Fauci, CDC Director Robert Redfield and others for the event — praised the FDA for its work evaluating the vaccines. He said he expects the FDA to approve the Moderna vaccine later on Friday.

Pence, who led the White House’s coronavirus response, is the highest-ranking U.S. official to receive the vaccine so far, and is among many public officials who have committed to publicly receiving the vaccine as part of an effort to boost public trust in the process.

President Trump, who has not received the vaccine, did not join Pence in person for the event, nor did he comment on the event on Twitter.

Trump tweeted about the Moderna vaccine shortly before the event started. Afterward, he tweeted complaints about China, Republican Rep. Liz Cheney, the media and California Gov. Gavin Newsom. He also retweeted a post questioning the efficacy of wearing masks to reduce the spread of the coronavirus, contradicting Pence, who urged Americans to wear masks “when indicated” during his remarks.

Trump has not received the vaccine, though he has said he would do so “at the appropriate time.” The White House has said Trump, who was hospitalized with COVID-19 in October, has antibodies to the virus, and wants to make sure that vulnerable people get the vaccine first.

President-elect Joe Biden is expected to get the vaccine as soon as next week, and has committed to getting it publicly to promote its safety.

House Speaker Nancy Pelosi and Senate Majority Leader Mitch McConnell each said they will get the vaccine in the coming days. It is also being made available to other members of Congress and staff as part of a national security directive that provides for continuity of government.

These officials’ receipt of the vaccine comes shortly ahead of an expected widespread distribution of the product. The U.S. death toll from the virus has topped 300,000 and is still climbing. 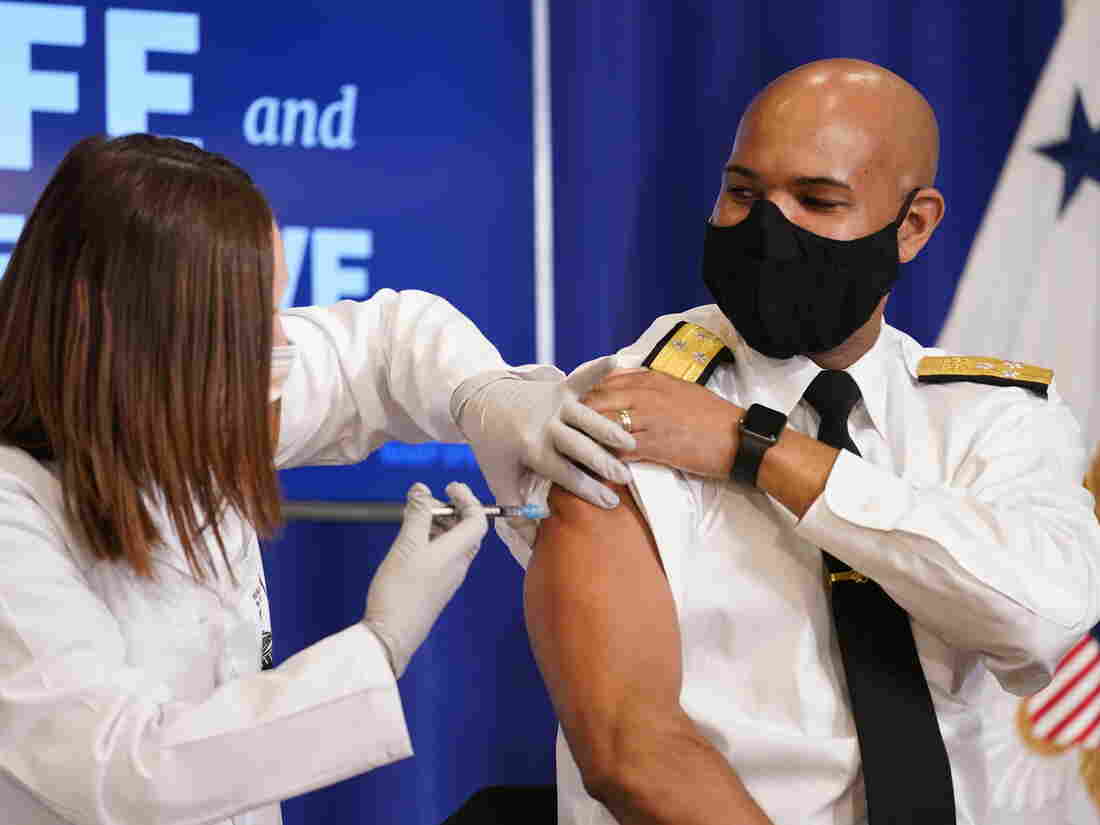 U.S. Surgeon General Jerome Adams said the symbolic significance of his vaccination was important in sending a message to Black Americans that it is safe. 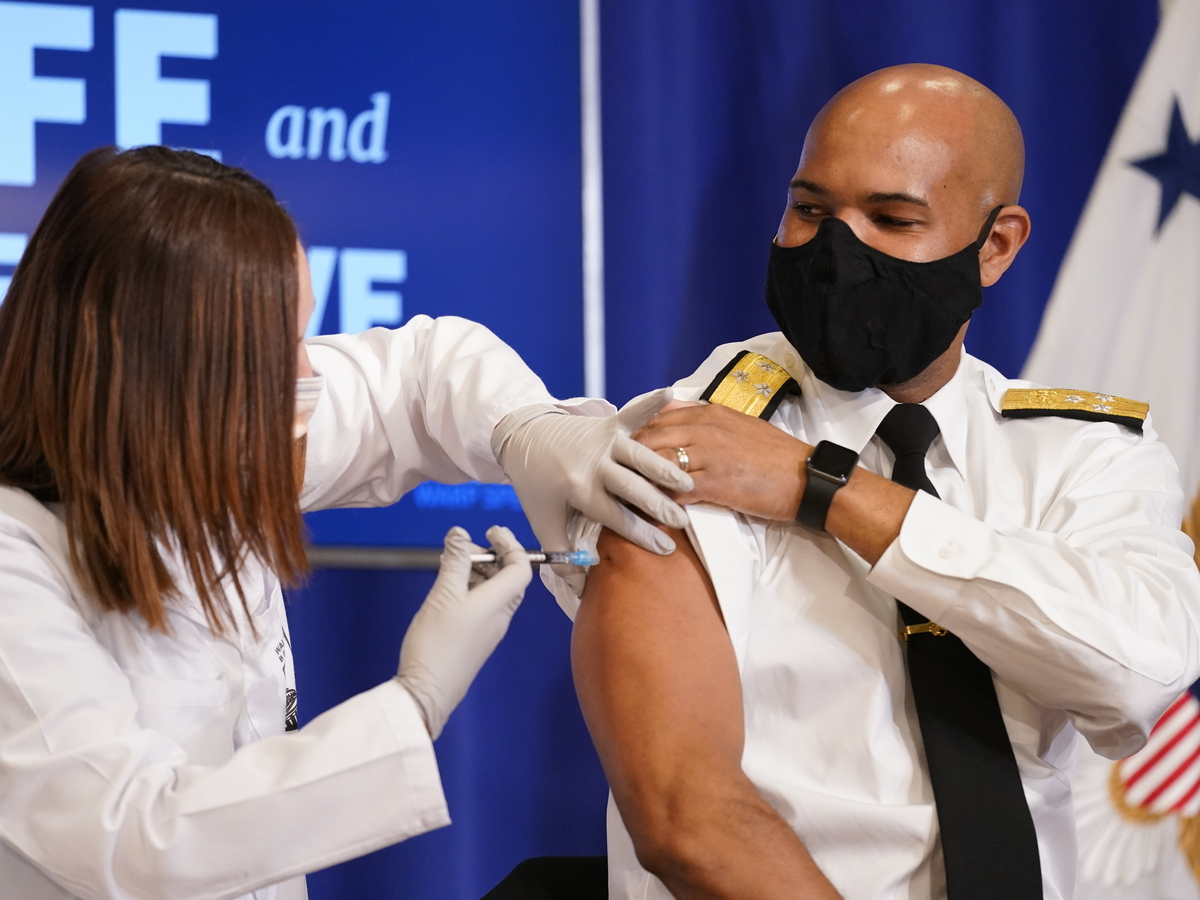 U.S. Surgeon General Jerome Adams said the symbolic significance of his vaccination was important in sending a message to Black Americans that it is safe.

Adams said his vaccination on Friday was important not only because he has asthma and high blood pressure — putting him at greater risk from COVID-19 — but also because of the “symbolic significance” of being a prominent Black medical professional.

Adams said Black Americans are more hesitant to get the vaccine because of the legacy of the “shameful Tuskegee experiments,” when researchers lied to Black men about experiments in which they let them die of untreated syphilis, and the “exploitation” of Henrietta Lacks for medical research.

“To truly promote confidence in these vaccines, we must start by acknowledging this history of mistreatment and exploitation of minorities by the medical community and the government,” Adams said.

While the vaccine was developed in record time, the safety and integrity was not compromised, and decisions on its safety and efficacy were made by independent experts, not the administration or the companies, said Fauci, the nation’s top virologist. He encouraged Americans to “step to the plate when your time comes to get vaccinated.”

“We all hope — and I think this is doable — that by the time we get several months into this year, we will have enough people protected that we can start thinking seriously about the return to normality,” Fauci said.