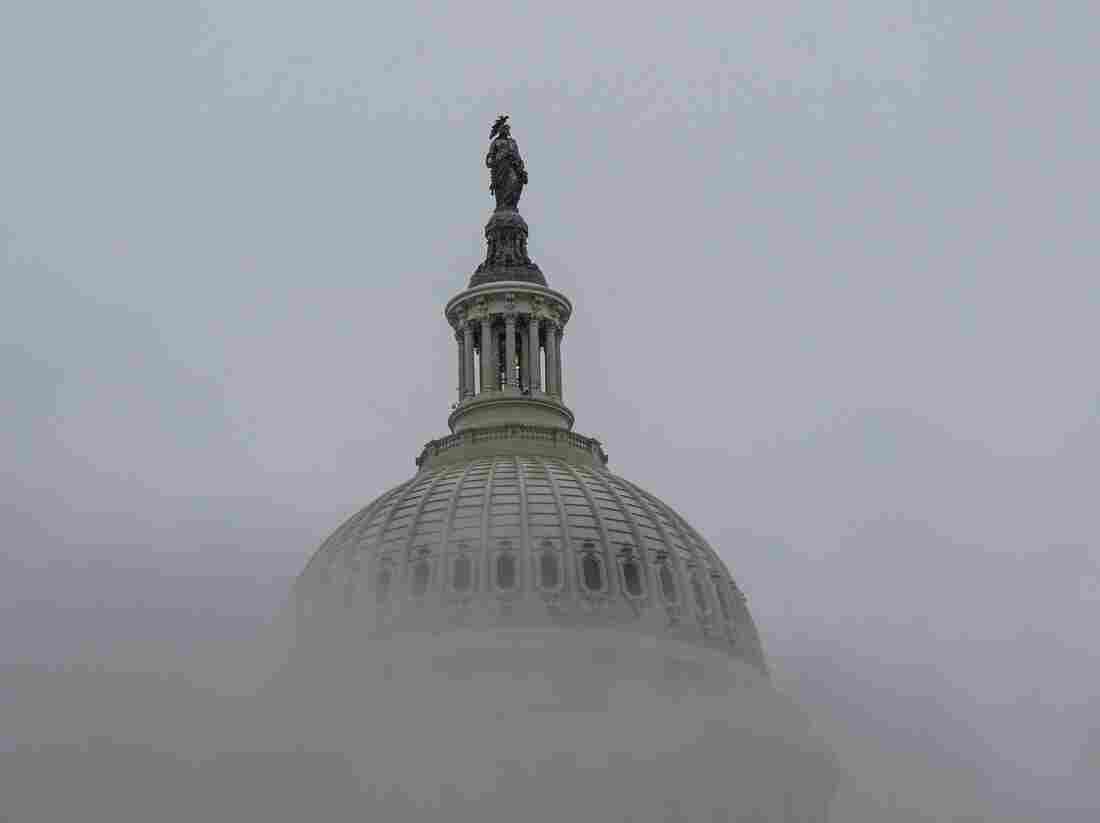 Mist from a steam pipe is seen coming from a grate near the U.S. Capitol earlier this week. 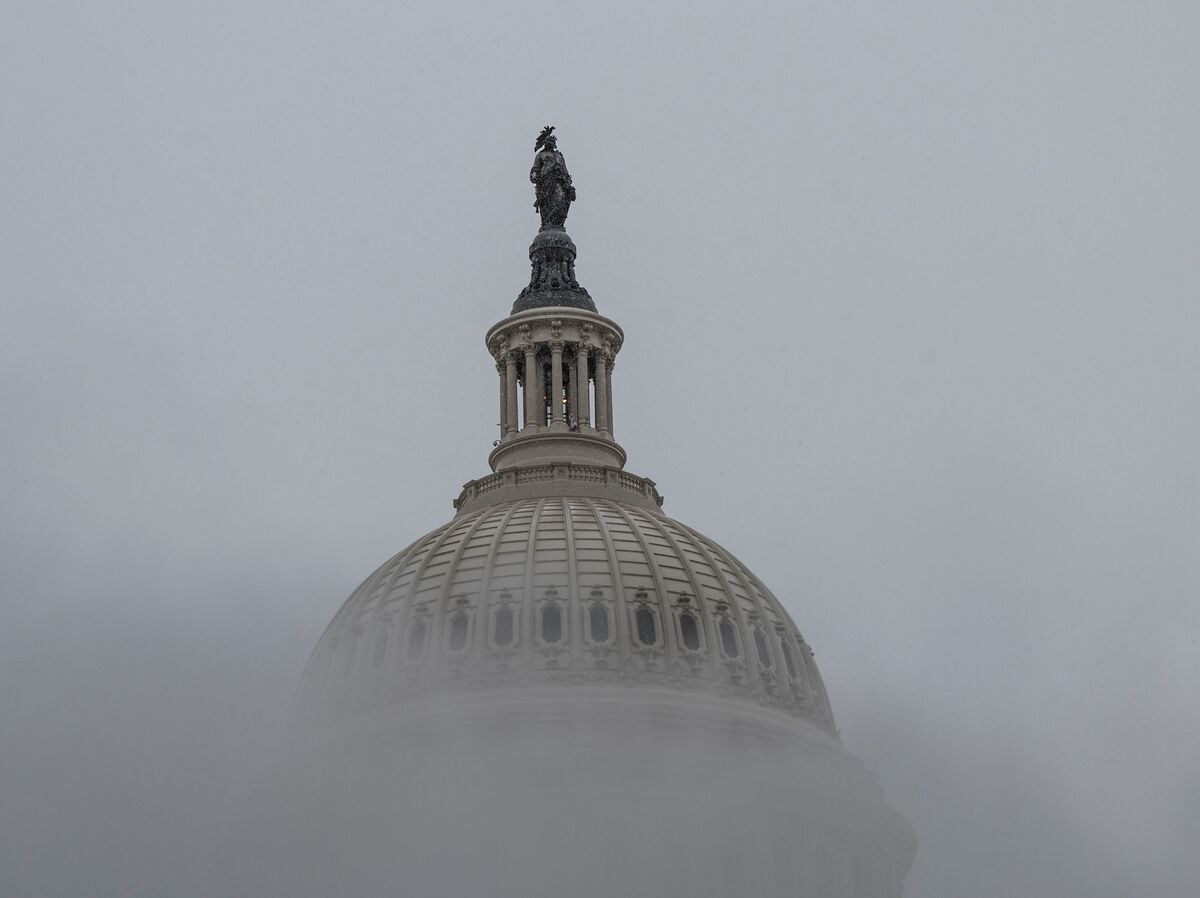 Mist from a steam pipe is seen coming from a grate near the U.S. Capitol earlier this week.

Agreement on a bipartisan coronavirus relief package remains elusive as top congressional leaders continue to negotiate and their efforts spilled into the weekend. While they’ve had a framework for days, they are struggling to close out several details, and a new issue emerged as a key sticking point.

Lawmakers from both parties insist they will not leave Washington for the holidays until they get a deal that wraps together an aid package and a broader spending deal.

As the midnight Friday deadline grew closer for federal agencies to run out of money, President Trump signed a two-day stopgap funding bill to avoid a shutdown. The House of Representatives and Senate approved the bill earlier Friday evening. Negotiations will continue over the weekend.

“I think this is reaching a point — it’s beginning to reach a point of absurdity. … It’s time for leadership to put on the table what they’ve got. It’s time for them to brief members what they got,” GOP Sen. Josh Hawley of Missouri told reporters. 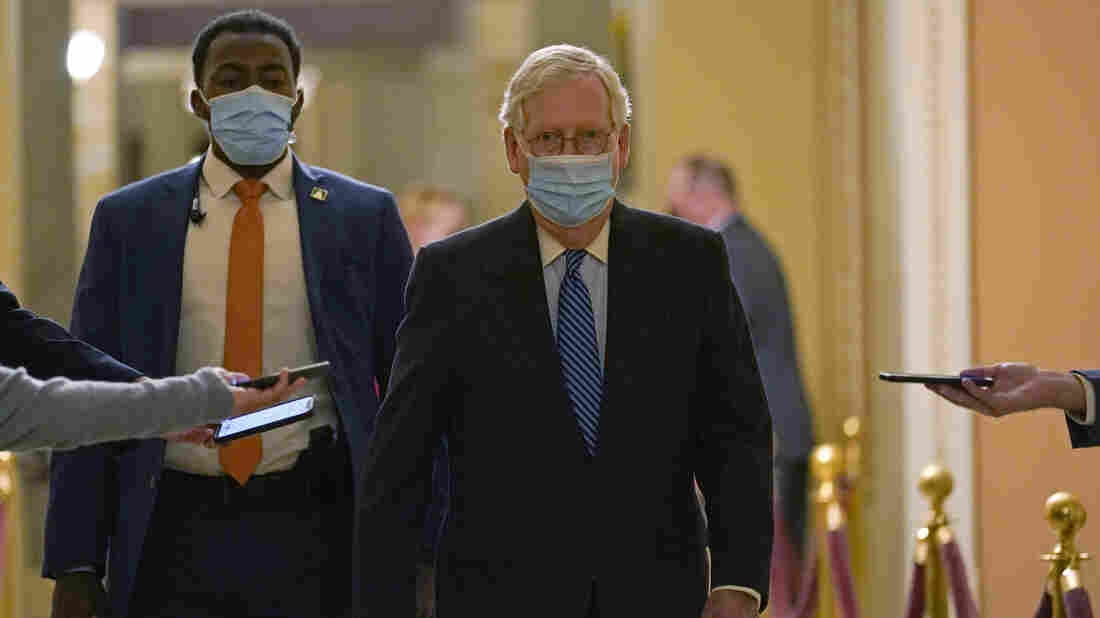 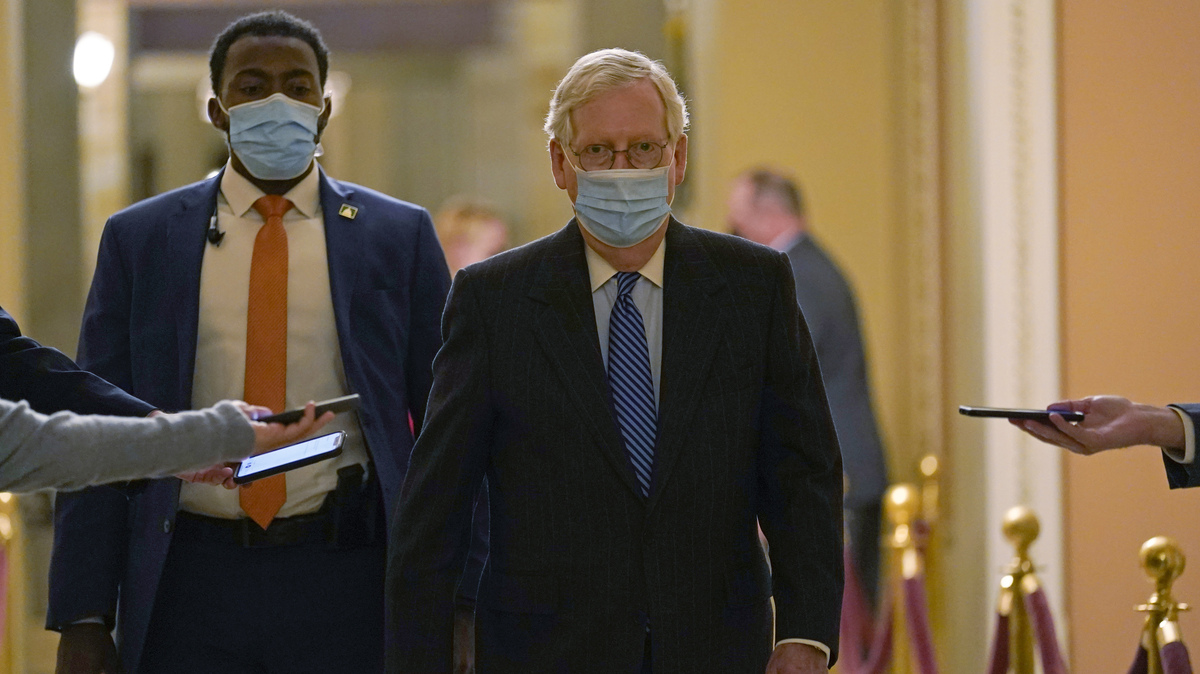 Hawley has been pushing for another round of direct payments in the legislation, along with Sen. Bernie Sanders of Vermont. The bill is expected to include this type of assistance, but it’s unclear how large the checks will be.

Sanders agreed to the short-term funding bill but reiterated he would not accept any COVID-19 bill that didn’t include more direct assistance. He continued to press for $1,200 payments — the same amount as the last major relief bill — but it’s unclear if he would accept less.

Separately, Democrats are objecting to efforts by Sen. Pat Toomey, R-Pa., to add a provision to the bill that they say will make it more difficult for the incoming Biden administration to access emergency powers for additional lending authority.

GOP Sen. John Cornyn of Texas admitted to reporters it was a difficult issue to resolve. He said what Toomey is aiming to do is to ensure the lending authority isn’t used by the Federal Reserve for “unauthorized purposes.”

“It could potentially be used as a backdoor to do state local aid, which I think is the idea, without Congress’ approval, and particularly when we negotiated these other items,” Cornyn said.

House Majority Leader Steny Hoyer blamed the top Senate Republican for the holdup on the COVID-19 package. “I think McConnell is the principal culprit. But I don’t think the rest of us are without blame,” he said.

Hoyer noted that Democrats set aside their demands for more money for state and local governments. “But right now what I think the Republicans are doing are trying to get an advantage against Biden in the next administration. That’s what this Toomey amendment is about.”

President-elect Joe Biden’s camp is also pushing back at including the provision.

“While we are encouraged by the bipartisan effort underway to provide critical relief to millions of Americans, the package should not include unnecessary provisions that would hamper the Treasury Department and the Federal Reserve’s ability to fight economic crises,” Brian Deese, Biden’s top economic adviser, said in a written statement.

The main elements of the bipartisan legislation include more money for the Paycheck Protection Program to help struggling small businesses, help for unemployed Americans and resources for vaccine distribution. Lawmakers from both parties also largely agreed on an annual spending bill that would fund federal departments through September 2021.

Pressed earlier on whether it was possible to get a final deal on Friday, Republican Sen. John Thune of South Dakota said “that would be a triumph of hope over experience.” He told reporters he thought the “best-case scenario” was getting something in place for a Sunday vote but admitted the vote could come later than that.

Leaving the Capitol on Friday, McConnell, asked about whether he thought an agreement could come together this weekend, replied, “Sure hope so.”