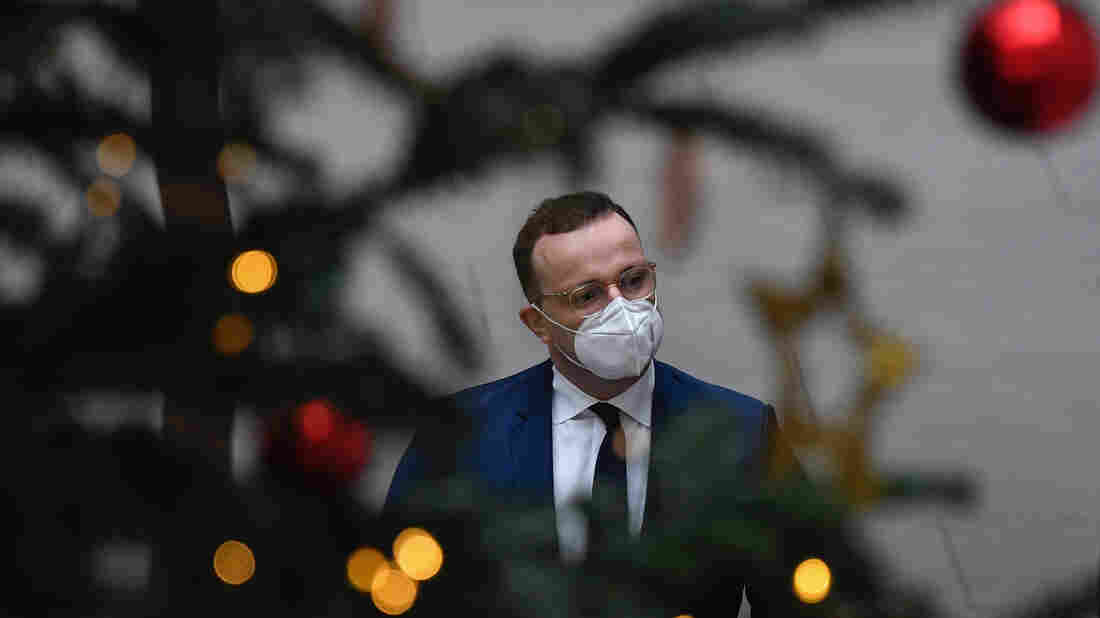 German Health Minister Jens Spahn arrives for a news conference Tuesday in Berlin. Germany is one of a handful of European countries to implement strict new coronavirus measures in anticipation of the holidays. 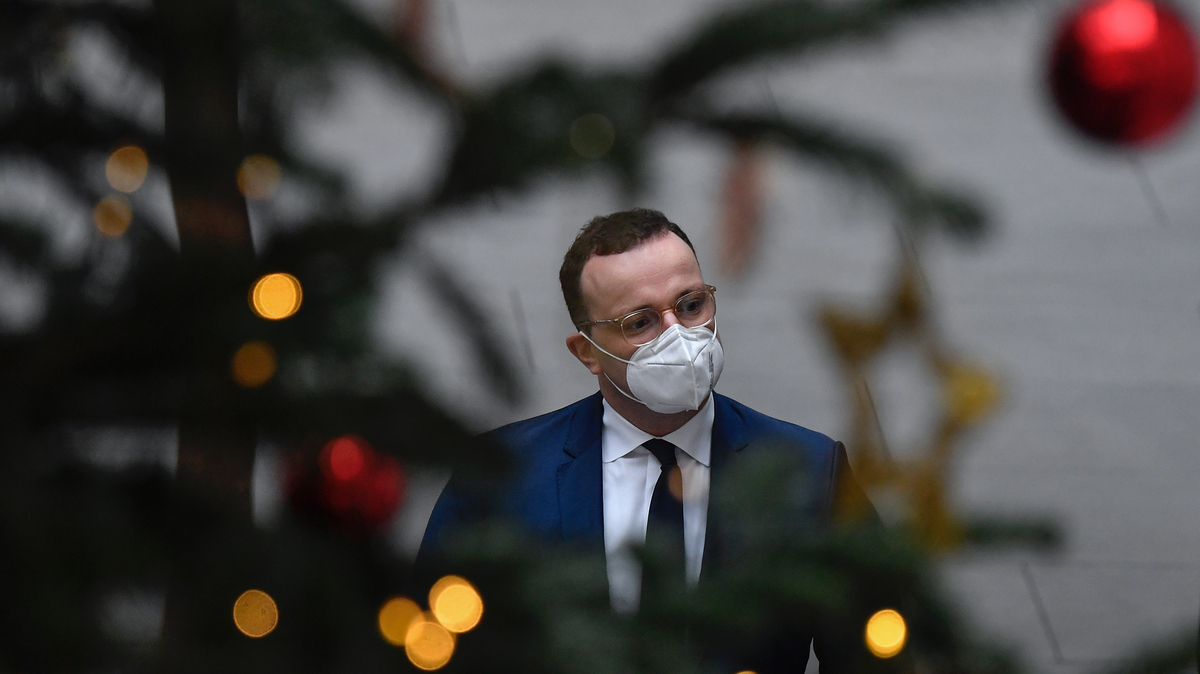 German Health Minister Jens Spahn arrives for a news conference Tuesday in Berlin. Germany is one of a handful of European countries to implement strict new coronavirus measures in anticipation of the holidays.

The holiday season is upon us, and usually that means packed shopping malls and kisses beneath the mistletoe, long-distance travel and big family festivities — just about everything, in other words, that could make an already dire pandemic even worse. So officials in multiple European countries, caught between a yule log and a hard place, are imposing a new wave of strict coronavirus lockdowns.

Leaders in Germany, the Netherlands, and the Czech Republic have announced bans on large gatherings and the closure of non-essential businesses over the second half of December into January.

“We have no choice: The number of contacts between people must be reduced,” Dutch Prime Minister Mark Rutte said in a televised address to the country Monday evening. “Everything must now be focused on that.”

For residents in the Netherlands, that means a swift and drastic curtailment of social and economic life. Beginning this week, and continuing at least until Jan. 18, all public-facing businesses except grocery stores, pharmacies and banks must close. Most retail stores can only sell their goods through delivery and takeout, and schools must only conduct remote classes during this period.

What’s more, households will be allowed just two visitors over the age of 13 per day, with three allowed only on Dec. 24-26, for the Christmas holiday. And he strongly urged Dutch residents to “stay at home as much as possible” and avoid travel when at all possible, at least through March. 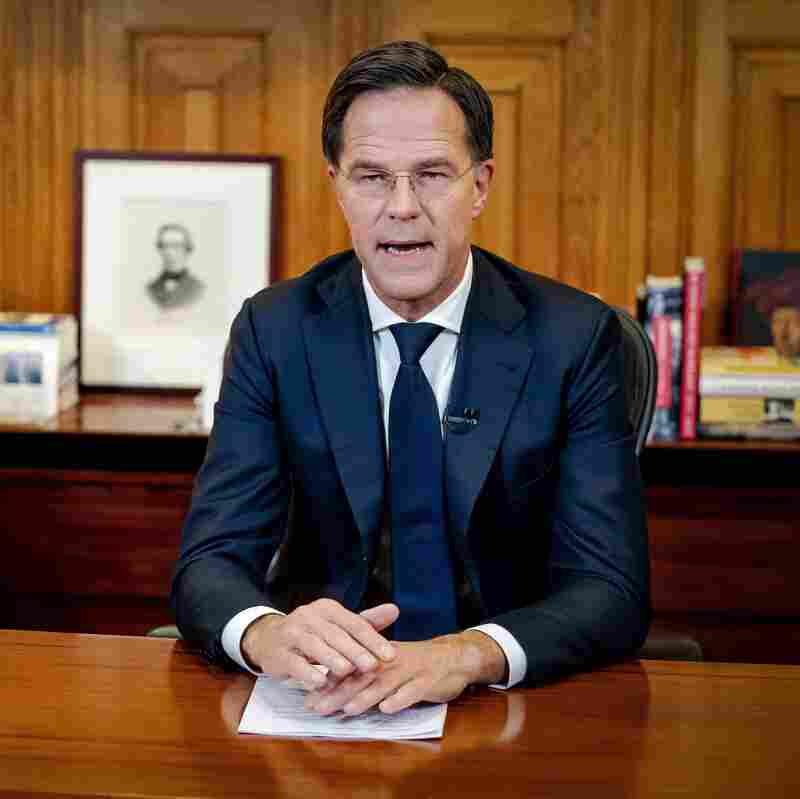 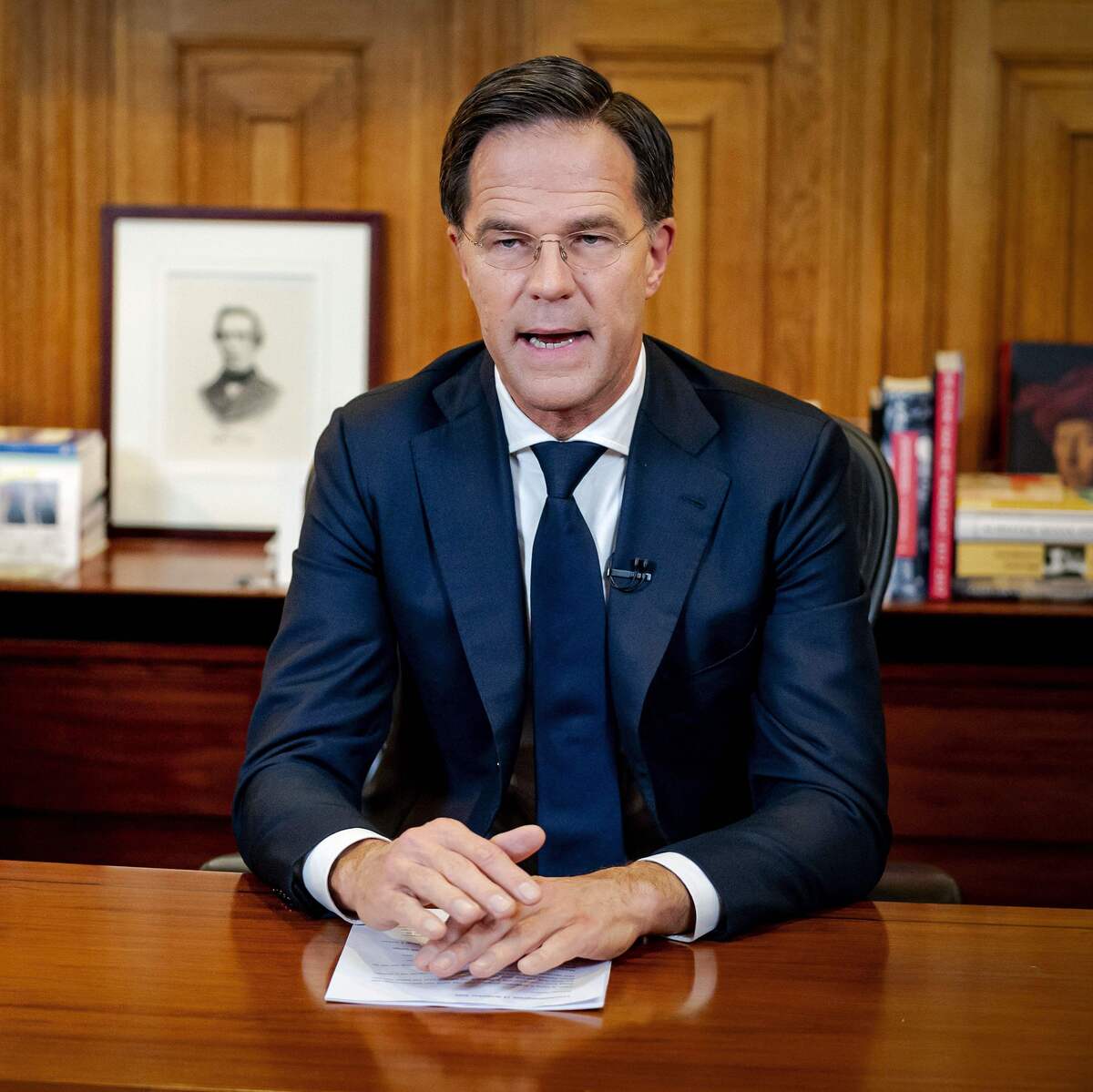 “We have to bite through this very sour apple before things get better,” said Rutte, who delivered the address from his office in The Hague. During the speech, demonstrators protesting the lockdown measures outside could be heard shouting and whistling loudly in the background.

“The reality is that we are not dealing with a harmless flu, which some people — like the demonstrators outside — still think,” he added. “But a virus that can hit anyone hard, not only the very oldest among us.”

The country of some 17 million people has reported more than 630,000 confirmed cases of the coronavirus, according to data compiled by Johns Hopkins University, and another spike in cases is well underway there. On Sunday alone, Dutch health officials reported nearly 9,900 new cases.

The Netherlands is far from alone, however.

Similar spikes have become clear across Europe — including in the Czech Republic, where leaders rolled out strict new coronavirus measures the same day the Dutch prime minister delivered his address. The Czech government had loosened its restrictions just about two weeks ago, but Prime Minister Andrej Babiš said the worsening situation in recent days meant “we must act immediately.”

“I can imagine the great disappointment of people who do business in the hospitality industry, who do business in the hotel industry, who work every day, employ people and find it hard to find credit and do business,” Babiš said, as he announced the reimposition of a curfew and the closure of restaurants, museums and indoor sports venues, among other spaces, beginning Friday. “I understand that this is not good news.”

On Wednesday, meanwhile, Germany will also be implementing strict coronavirus regulations for the holidays. Restaurants and bars have already been shuttered in the country since last month, but officials now say non-essential shops and in-person classes must also close for nearly four weeks.

Germany is restricting the number of people allowed at social gatherings over the holidays — with a maximum of five people from no more than two households allowed to gather in a single home. As in the Netherlands, this will be relaxed slightly for three days over Christmas.

German Health Minister Jens Spahn told a news conference Tuesday that federal and state officials have struggled to maintain a balance between public safety and economic and social interests — but that, “in view of the numbers, this balance could no longer be maintained.”

“All of this will impact our holiday season, as we are all aware,” German Chancellor Angela Merkel acknowledged on Sunday, when she unveiled the new lockdown. “But we must act, and we will act.”