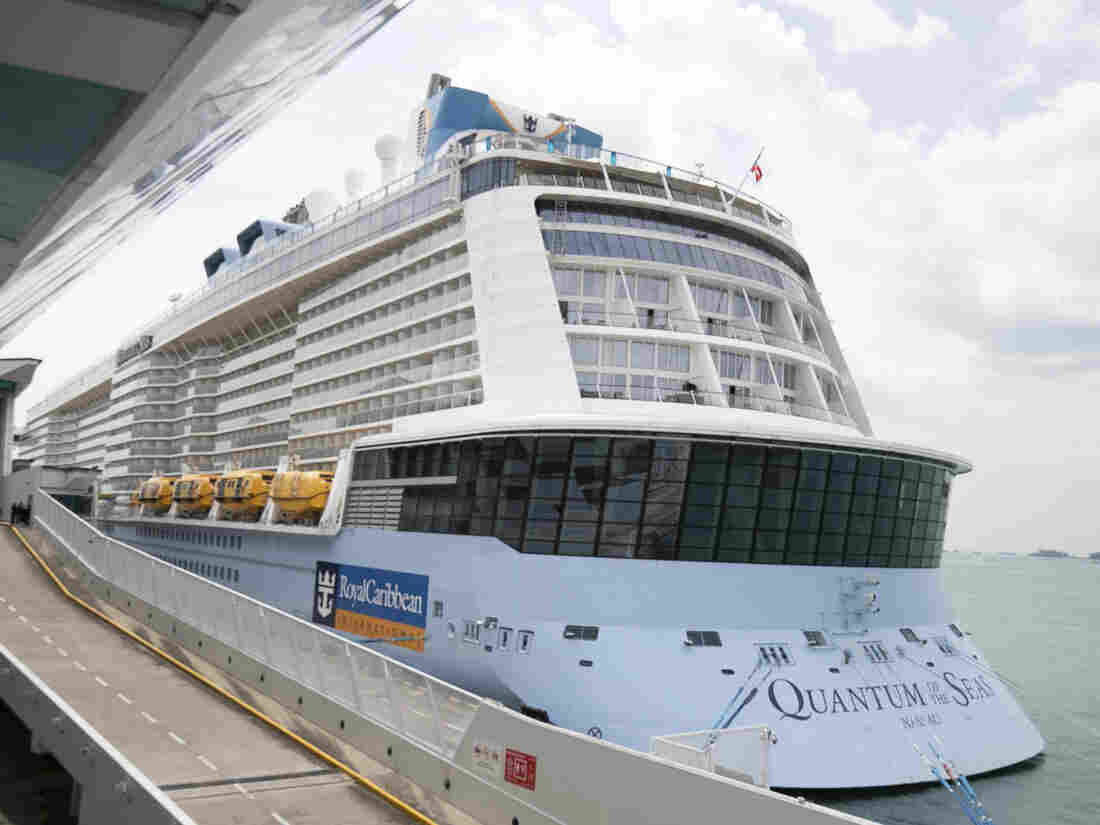 Royal Caribbean said that a guest on the Quantum of the Seas, shown here Wednesday in Singapore, tested positive for coronavirus after checking in with its medical team. The ship returned to port in accordance with government protocols. 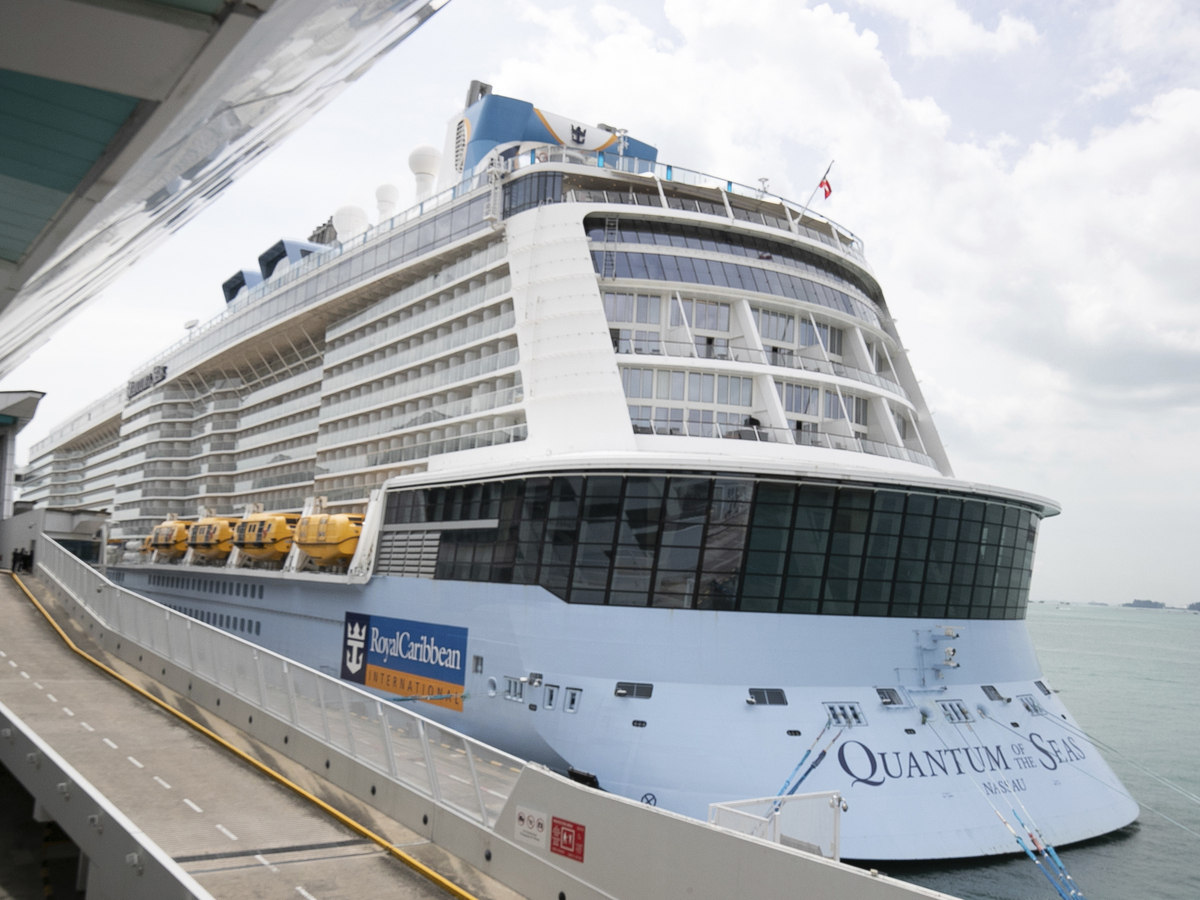 Royal Caribbean said that a guest on the Quantum of the Seas, shown here Wednesday in Singapore, tested positive for coronavirus after checking in with its medical team. The ship returned to port in accordance with government protocols.

It was supposed to be a “cruise to nowhere,” a chance for travelers to enjoy ornate buffets and onboard skydiving simulations, taking in the sea air as they follow COVID-19 safety precautions. Then, Royal Caribbean’s Quantum of the Seas was forced to return to port early after a passenger tested positive for the coronavirus.

But after the trip was cut short, the man tested negative twice as authorities sought to confirm his status. The incident highlights the difficulties cruise lines face as they cope with a pandemic that has decimated the industry and complicated any plans for a return to their core business.

The passenger is a man, 83, who lives in Singapore, the Ministry of Health said, adding he was immediately isolated after testing positive for the virus.

The man had undergone mandatory testing before embarking on the ship, along with nearly 1,700 other passengers. But during the trip, he told medical staff he was experiencing diarrhea, prompting a new polymerase chain reaction, or PCR, test on board the ship, which came back positive.

“Epidemiological investigations and contact tracing are in progress,” the Ministry of Health said. “In the meantime, all the identified close contacts of the case have been isolated, and the results that have come back so far are negative for COVID-19 infection.”

The passenger was taken off the ship by ambulance shortly after the ship docked, according to The Straits Times.

The remaining passengers and crew were told they would remain on board the ship until contact tracing is completed – a process that should be eased by several pieces of technology. All passengers on the pilot series of small-scale cruises are required to have “the Singapore Trace Together Bluetooth app or Token at all times,” Royal Caribbean said.

The cruise line also requires everyone aboard the ship to wear its “Tracelet,” which it describes as “a custom wearable required for all guests and crew on board Quantum of the Seas.” The technology “helps monitor physical distancing and the cruise line’s contact tracing procedures,” the company said.

In addition to allowing time for contact tracing, passengers were held on the ship to avoid intermingling with hundreds of other guests from another cruise ship that was embarking at Singapore’s Marina Bay Cruise Centre, The Straits Times reported. The newspaper said Quantum of the Seas has an onboard crew of more than 1,100.

Then, the Ministry of Health said the passenger’s original sample was retested and came back negative. A second sample was also found to be negative. Another test is planned for Thursday to confirm the man’s status.

Royal Caribbean has suspended most of its cruises worldwide until at least March. But Quantum of the Seas resumed sailing last week, promising an “Ocean Getaway” of three or four nights. The trips are open only to Singapore residents, and they follow a number of safety restrictions, from limited capacity and increased cleaning to mandatory universal testing, mask-wearing and physical distancing.

The cruises on Royal Caribbean and one other cruise line are part of a pilot program announced by the Singapore Tourism Board in October, which said it would allow only “cruises to nowhere” — round-trip voyages with no ports of call.

Singapore has been able to get a tight grip on the coronavirus after an initial outbreak – something many other governments have failed to accomplish. The country has reported just one new locally transmitted coronavirus case in the past week, its Ministry of Health said.

There was a recent flurry of around 18 imported cases, but the ministry said those people were already quarantining at home after arriving on the island south of Malaysia.

On Wednesday, Singapore reported 20 people were hospitalized with COVID-19; none of them was in the intensive care unit.