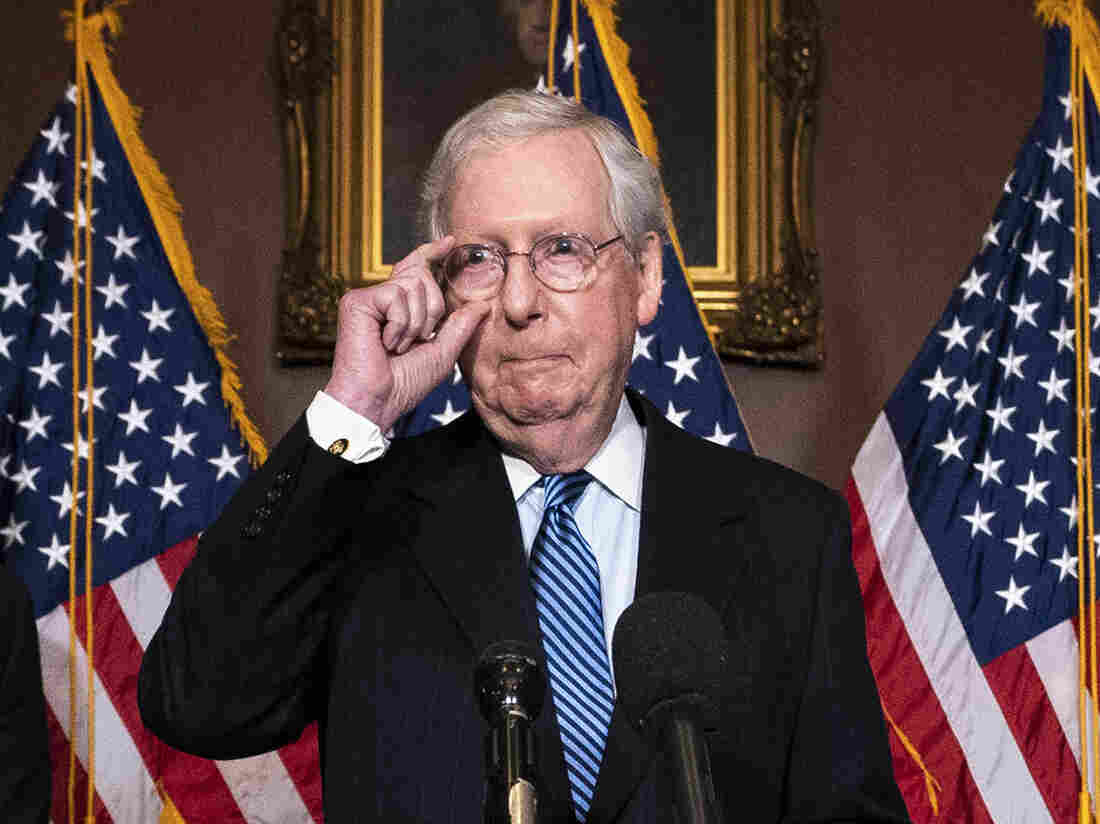 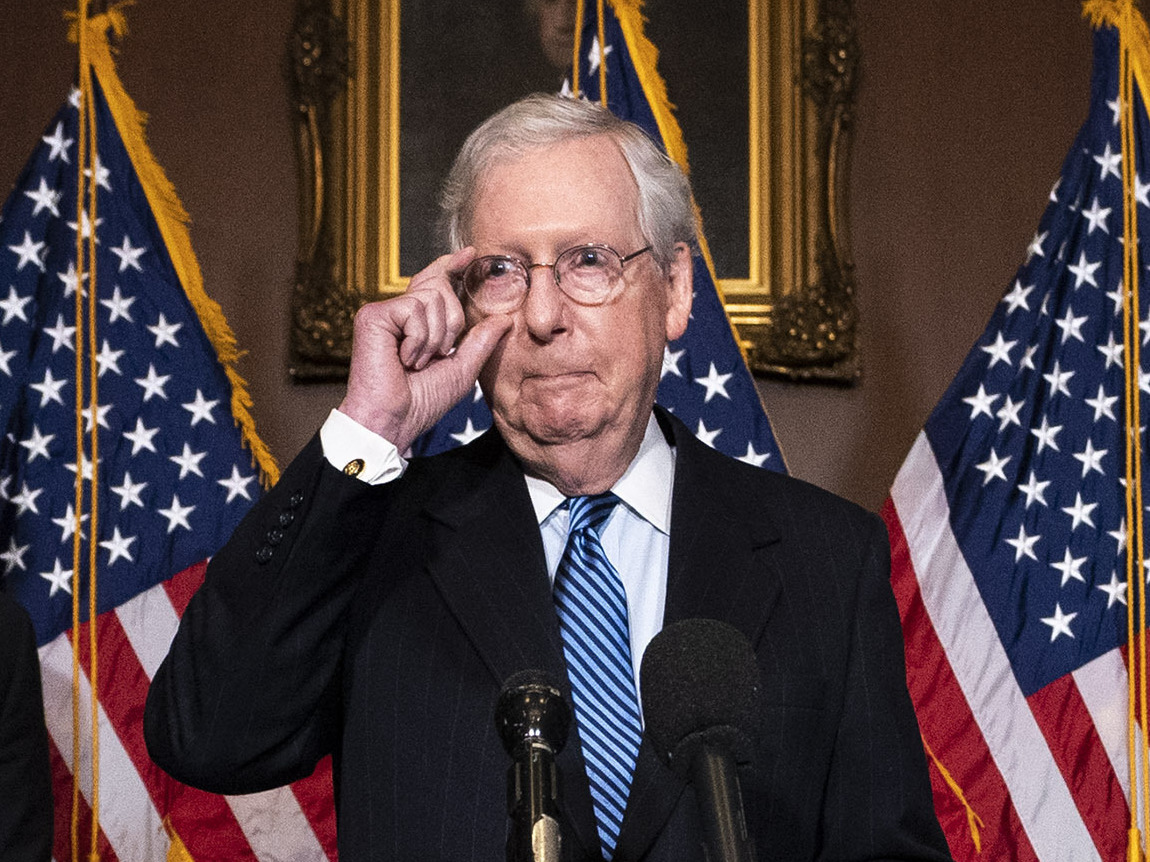 Congressional leaders remain at odds over the details of a coronavirus relief bill, despite efforts to speed to a resolution before several existing programs expire at the end of the month.

Republicans have repeatedly rejected Democrats’ demands for $150 billion in funding for state and local governments, and Democrats have been equally opposed to a GOP request for a sweeping liability ban.

McConnell suggested the parties each abandon their demands and put the issues to the side until next year.

“What I recommend is we set aside liability and set aside state and local and pass those things that we can agree on, knowing full well we’ll be back at this after the first of the year,” McConnell said at a press conference in the Capitol. “We can’t leave without doing a COVID bill – the country needs it.”

The comments are a significant departure for McConnell, who has insisted on liability limits for months. Senate Minority Leader Chuck Schumer, D-N.Y., rejected the idea almost immediately, accusing McConnell of attempting to sabotage bipartisan negotiations.

McConnell and House Speaker Nancy Pelosi, D-Calif., have said they hope to include coronavirus relief in a year-end spending bill. The deadline for that legislation is Friday, but lawmakers released short-term legislation Tuesday that would give them until Dec. 18 to reach a deal.

Separately, Treasury Secretary Steven Mnuchin released a statement Tuesday evening saying that he presented a proposal for a $916 billion package to Pelosi, which included both money for state and local governments and liability protections. Mnuchin said he reviewed that proposal with McConnell, the president and House Minority Leader Kevin McCarthy, R-Calif.

“I look forward to achieving bipartisan agreement so we can provide this critical economic relief to American workers, families and businesses,” Mnuchin said.

The current negotiations have been focused on a $908 billion bipartisan plan that includes more money for small businesses, additional federal unemployment benefits and money for testing, vaccine distribution and schools. Republican leaders have insisted that any coronavirus bill be limited in scope, but Sen. Josh Hawley, R-Mo., told reporters this week he is urging President Trump to veto any bill that doesn’t include checks for individual Americans.

The legislation under consideration would extend widely used safety net programs such as $300 per week in federal unemployment benefits, a ban on evictions from properties with federally backed mortgages and a pause on student loan payments. All of those programs are set to expire at the end of December.

But leaders had avoided discussions of more stimulus checks to help ease passage in the Senate, where GOP leaders have insisted on keeping funding under $1 trillion. The last round of $1,200 checks that were approved in the CARES Act in March cost the government about $293 billion, according to the Congressional Budget Office.

But Trump isn’t directly involved in the current talks and has tasked Mnuchin and White House chief of staff Mark Meadows with overseeing the negotiations.

“What I have real concerns about is the American people thinking Congress struck a deal, we’re getting COVID relief, and then their lives changing very little, if nothing on a material basis,” Ocasio-Cortez told a reporter pool last week on Capitol Hill, acknowledging that something is better than nothing. But she added, “If they don’t get a stimulus check, then relief isn’t going to be felt in their lives. Not in a substantive way.”

Adding another round of similar checks would increase the total cost of the package currently being negotiated by nearly one-third. The push from Hawley comes as leaders are narrowing in on a deal but remain in conflict over GOP demands to ban liability lawsuits related to COVID-19.

Democrats included a new round of direct payments in the two larger coronavirus aid packages that passed the House in May and October. Democrats generally support adding checks to the talks if Senate Republicans will agree, according to several aides.

Sen. Bernie Sanders of Vermont told reporters he’s talked to Hawley and is working “24/7 right now with anybody and everybody” to get stimulus checks added to any deal.

“I think Trump supporters out there like everybody else are hurting right now. Many have lost their jobs, many are struggling with issues of eviction,” Sanders said. “They want that $1,200, and I hope that the Republican leadership and members of the Republican Caucus understand that.”