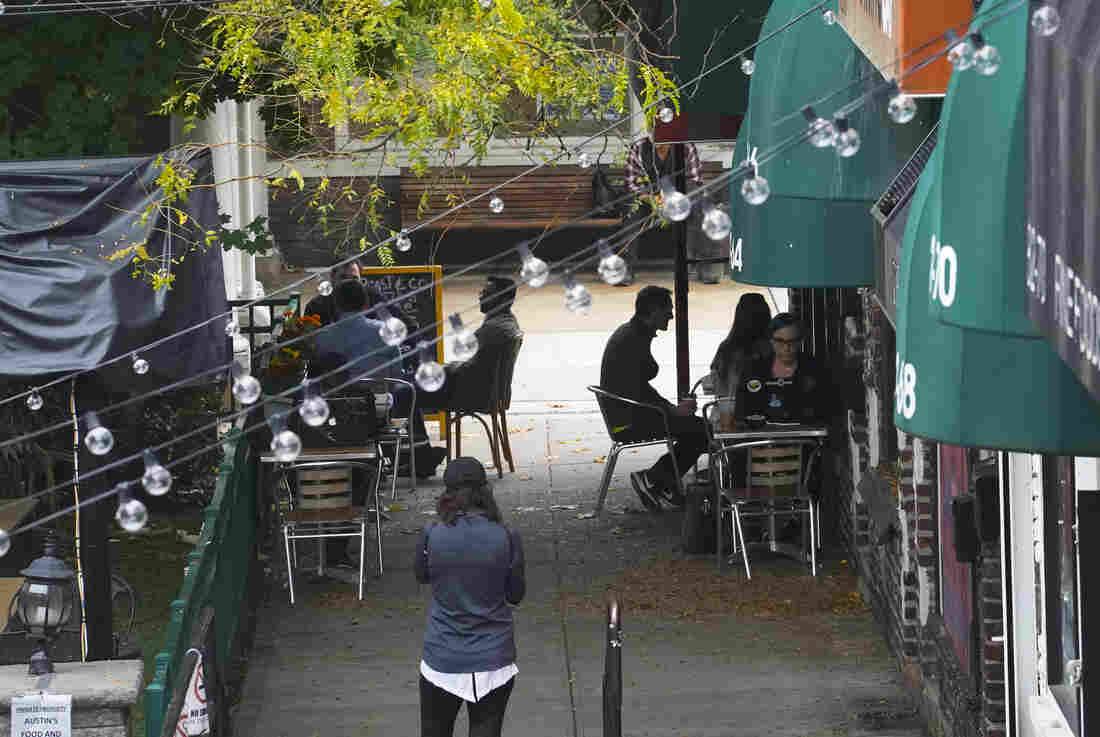 Customers sit outside a restaurant offering outdoor service in New York in October. A new survey shows that tipped service workers are facing a marked increase in harassment during the pandemic. 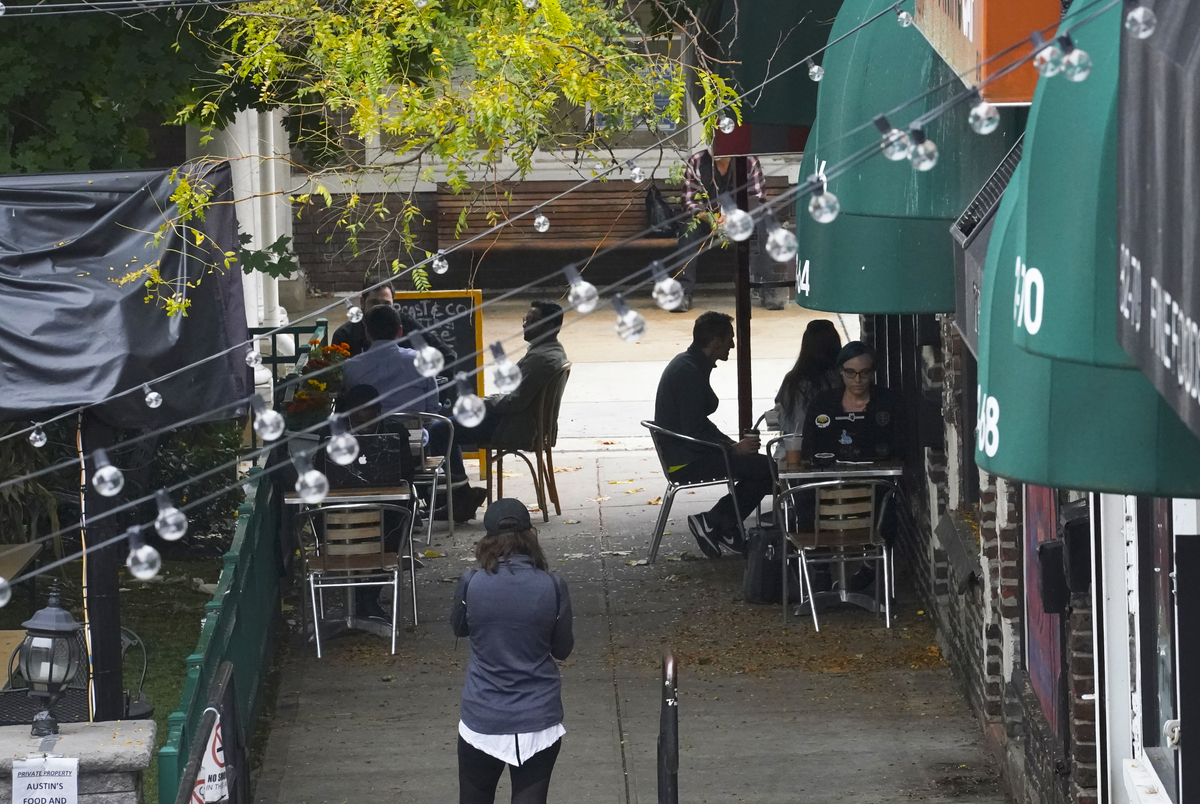 Customers sit outside a restaurant offering outdoor service in New York in October. A new survey shows that tipped service workers are facing a marked increase in harassment during the pandemic.

In the best of times, service industry workers are typically paid below the minimum wage and rely on tips to make up the difference. Now, those still working in an industry battered by the coronavirus pandemic are on the front lines, enforcing COVID-19 safety measures at the expense of both tip earnings and avoiding harassment.

A new report from One Fair Wage finds that more than 80% of workers are seeing a decline in tips and over 40% say they’re facing an increase in sexual harassment from customers.

“We were really shocked with how horrific the situation truly is,” Saru Jayaraman, president of One Fair Wage, said in an interview with Weekend Edition. “But I think the most horrific thing, that honestly all of us who are involved in the study were all blown away by, was the huge increase in hostility and sexual harassment.”

Nearly 60% of those workers were reluctant about enforcing social distancing and mask use with customers from whom they would receive tips.

The title of the report, “Take off your mask so I know how much to tip you,” is a reference to one of several disturbing comments women workers say they’ve been hearing from patrons.

“Women across the country who work in restaurants are being asked to remove their masks so that male customers can judge their looks and therefore their tips on that basis,” Jayaraman said.

Those surveyed also expressed concerns about proper health protocols at their places of work, which, according to the Centers For Disease Control and Prevention, are environments that are conducive to a high risk of spreading the coronavirus. A September report from the CDC found that adults who had contracted from COVID-19 were twice as likely than virus-free adults to have recently dined at a restaurant.

Women and transgender workers tend to bear the brunt of the harassment experienced in the restaurant industry.

“Every single day, these women are putting their lives on the line trying to serve customers,” Jayaraman said.

To her, the solution is clear cut: pay service workers fair wages.

“When you get a full wage from your boss, you don’t have to put up with everything from the customers,” she said.

Seven states have eliminated the federal subminimum wage, which allows employers to pay tipped workers as little as $2.13 per hour. Workers in those states report one-half the rate of sexual harassment compared to workers in states with the subminimum wage, according to One Fair Wage.

In what Jayaraman terms “maskual harassment,” the phenomenon’s underlying power imbalance is no different than sexual harassment, she said, when workers are reliant on the customer’s tips.

Demanding a service worker to take their mask off, she argued, is asking them to “subject herself to the virus and the possibility of death — for the sexual pleasure of customers, all because she doesn’t get paid a minimum wage.”

In response to the One Fair Wage report findings, the National Restaurant Association told NPR in a statement that it condemns sexual harassment and continues to work to confront that challenge through workplace training programs.

“It does not matter if the harasser is a customer, a colleague or a manager, it will not be tolerated in our industry,” the statement read.

The association also said it’s “open to the conversation about wage levels in the industry and the impact any change would have on the economic recovery of both workers and restaurant operators.”

NPR’s Isabella Gomez Sarmiento and D. Parvaz produced and edited the audio version of this story.