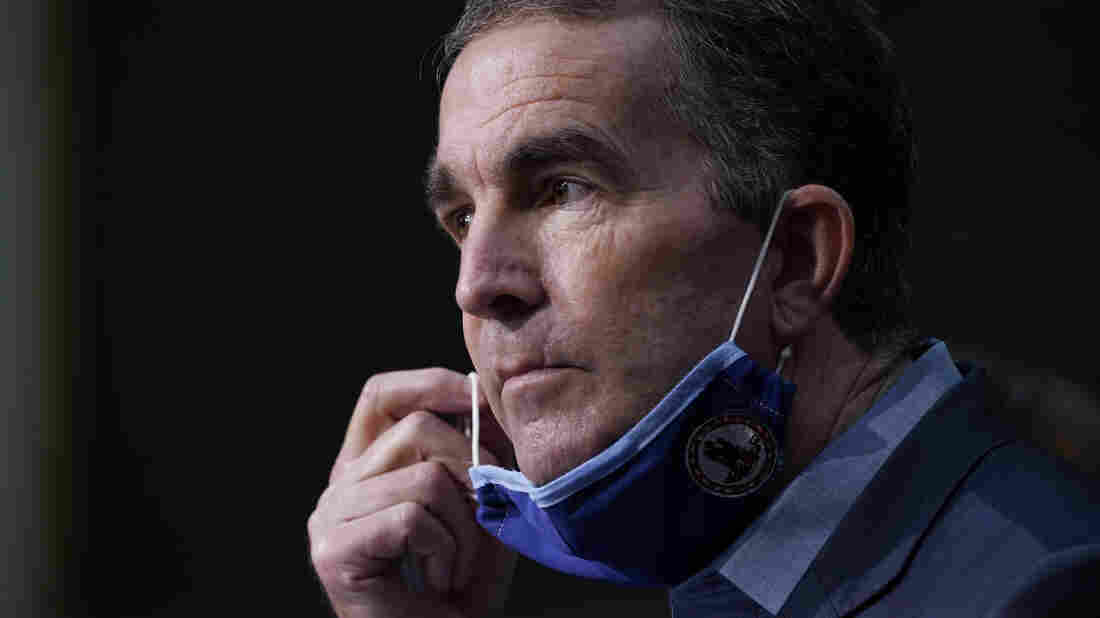 A county in Virginia is pushing back on Gov. Ralph Northam’s coronavirus restrictions, saying they violate individual rights. Here, Northam removes his mask during a COVID-19 briefing in Richmond last month. 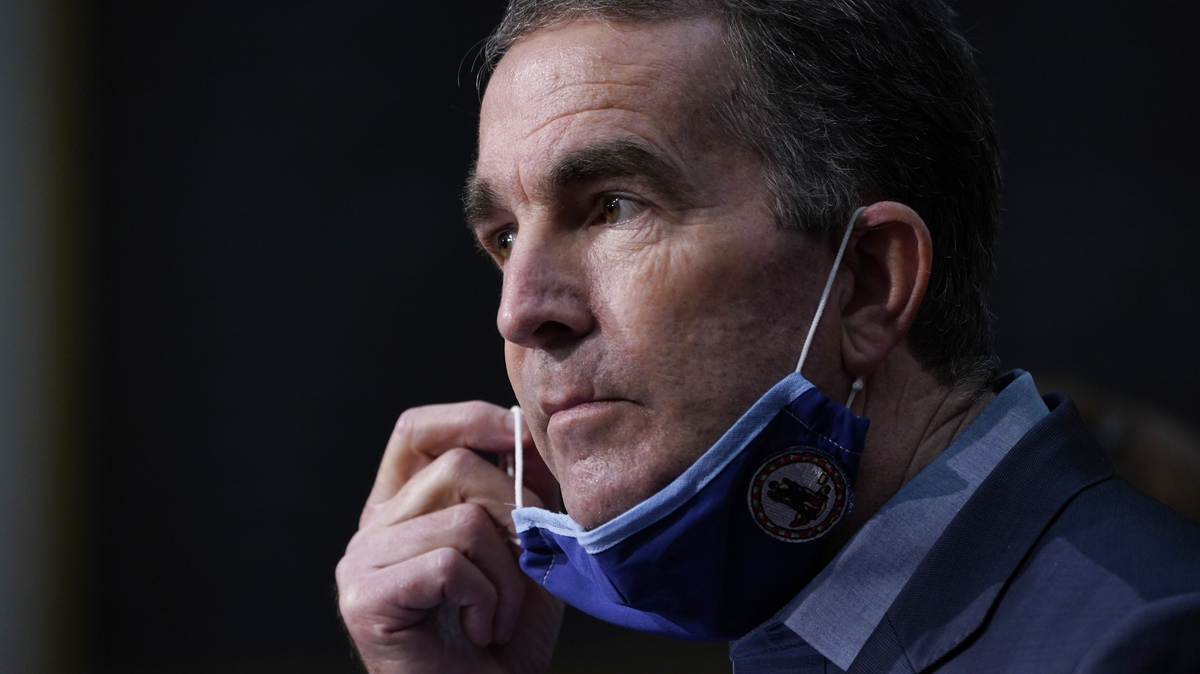 A county in Virginia is pushing back on Gov. Ralph Northam’s coronavirus restrictions, saying they violate individual rights. Here, Northam removes his mask during a COVID-19 briefing in Richmond last month.

Campbell County, Va., is taking a stand against Gov. Ralph Northam’s COVID-19 restrictions, as the Board of Supervisors endorsed a measure Tuesday night that calls on county agencies not to enforce Northam’s crowd-size limits and other orders.

The board declared Campbell County to be a “First Amendment Sanctuary” and deemed Northam’s orders to violate people’s constitutional rights. The move echoes the county’s declaration of itself as a “Second Amendment Sanctuary” one year ago, in support of gun owners’ rights.

Northam imposed sharp new limits on Virginians on Nov. 15, trying to quash a rising wave of new coronavirus cases, hospitalizations and deaths. His order capped public gatherings at 25 people rather than 250, and mandated that everyone age five and above must wear face coverings in indoor public spaces.

Virginia has reported 242,480 coronavirus cases, and more than 4,000 deaths. In the state’s hospitals, intensive care units are at 77% occupancy.

The board’s resolution urges the sheriff’s office not to help any state or federal workers in enforcing the governor’s restrictions. It also says county funds should not go toward helping to enforce or promote Northam’s coronavirus orders. At least one supervisor acknowledged that the resolution will likely have more symbolic impact than a direct effect on day-to-day operations.

The board’s meeting was streamed on Zoom, but many supporters of the resolution visited the country’s administration building in Rustburg in person, to speak out in favor of rejecting Northam’s latest restrictions.

“Dozens of Campbell County residents turned out to back the resolution, many a united front in camo, blue jeans and ballcaps,” The News & Advance reports. “When Concord District Supervisor Matt Cline began to read the resolution, there was a flurry of movement as they took off their face masks in a show of support. The same solidarity brought the crowd to its feet as residents praised the county for passing the resolution and, in turn, dismissed the few residents who took to the podium to speak in opposition.”

Some of those supporters also implied they would support the board of supervisors over Northam, if the governor’s office seeks to overrule or retaliate against the declaration.

“I want to thank you for what you did here today,” resident Wes Gardner said, according to local TV station ABC 13. “As it’s already been said, it took guts. Whether or not there are repercussions from Richmond, we don’t know. But I can tell you, we’ll stand with you.”

When Northam tightened his COVID-19 restrictions last month, Virginia was averaging 1,500 newly reported cases each day. In its most recent 24-hour update, the state reported more than 2,400 cases.