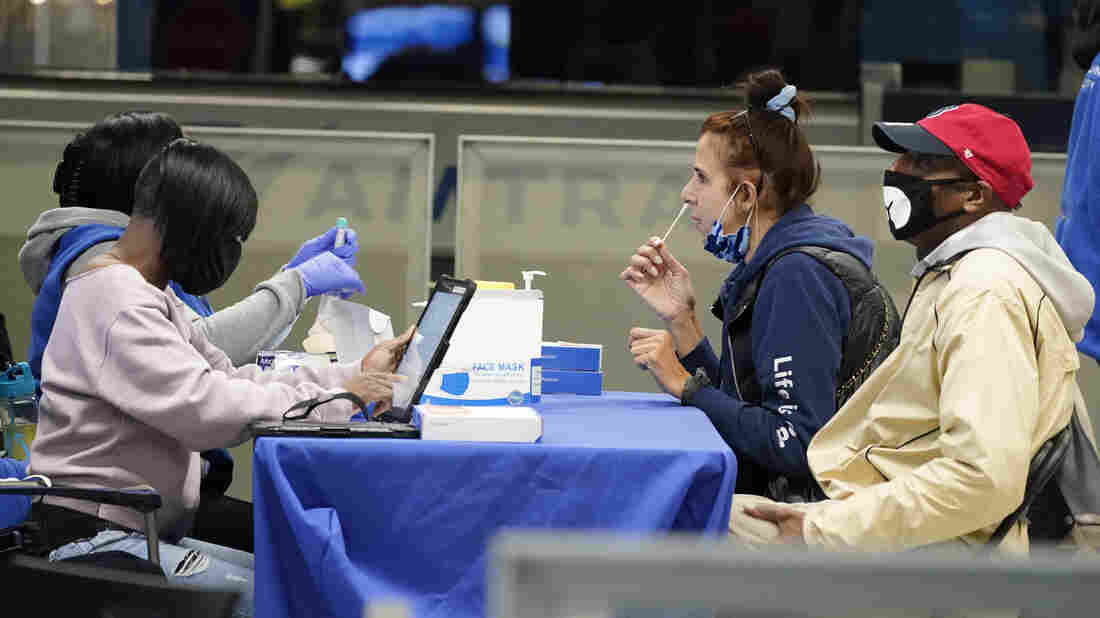 Travelers self test for COVID-19 at a mobile testing site at New York’s Penn Station in the days leading up to Thanksgiving. The U.S. is currently seeing record hospitalizations for the virus, and health experts fear more surges are on their way. 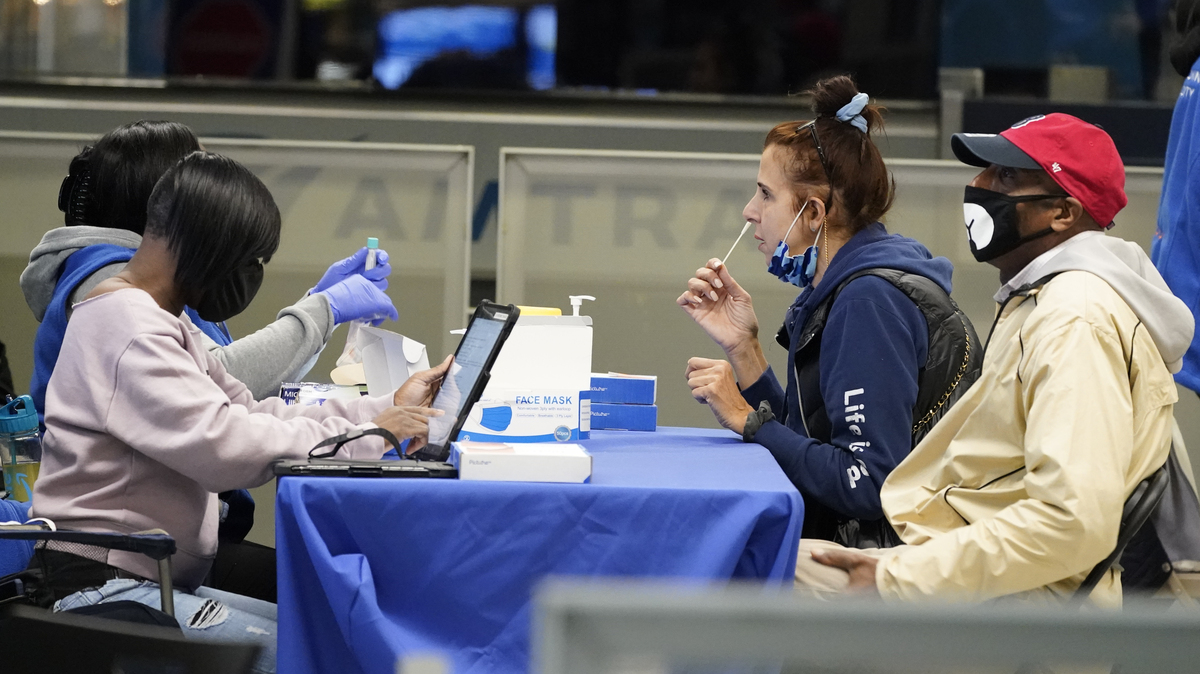 Travelers self test for COVID-19 at a mobile testing site at New York’s Penn Station in the days leading up to Thanksgiving. The U.S. is currently seeing record hospitalizations for the virus, and health experts fear more surges are on their way.

The number of hospitalizations from the coronavirus set yet another record on Saturday, as cases continue to surge and public health officials warn of a worsening outlook with the holiday season just weeks away.

More than 91,500 people were hospitalized with the virus on Saturday, with 18,000 in the intensive care unit. That’s according to data compiled by the COVID Tracking Project, which collects and analyzes data across the country. Over 6,000 patients were on ventilators.

Across the country, medical personnel are now bracing for what they fear will be a new wave of infections after millions of Americans ignored the advice of public health experts and traveled for the Thanksgiving holiday. Already, hospital resources are being stretched thin, with many institutions reporting a dire shortage of beds and personnel to handle the influx of new patients.

“We may see a surge upon a surge,” Dr. Anthony Fauci, the nation’s top infectious disease expert, told ABC’s This Week on Sunday. “We don’t want to frighten people, but that’s just the reality. We said that these things would happen as we got into the cold weather and as we began traveling, and they’ve happened.”

With the December holidays just around the corner, and more people traveling, “it’s going to happen again,” Fauci said. “We’re getting into colder weather and an even larger holiday season.”

The rising hospitalization numbers reflect an overall rise in infections. The U.S. hit another tragic milestone Friday, when over 200,000 daily cases were reported for the first time. More than 13 million people have been infected in America since the pandemic began, and nearly 267,000 have died, according to data from Johns Hopkins University. The true number is likely far higher, as many asymptomatic individuals never get reflected in the official counts.

For the moment, daily deaths are lower than at their peak this spring, when doctors hadn’t yet figured out the most effective treatment methods. But with deaths hitting 2,000 twice last week, they’re approaching the record of 2,700 set in the spring. Many fear the nation will soon hit 3,000 — the equivalent of a 9/11 attack every single day.