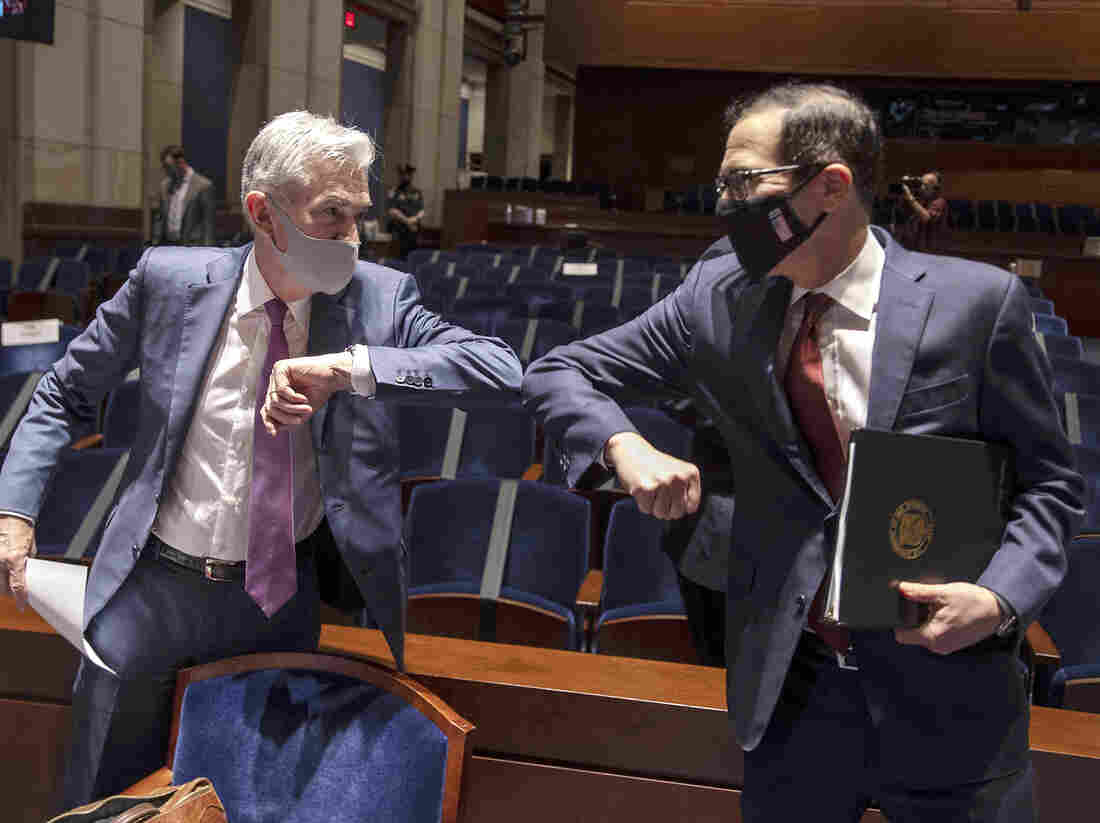 Fed Chairman Jerome Powell and Treasury Secretary Steven Mnuchin bump elbows at the conclusion of their testimony before Congress on June 30, 2020. The Fed and Treasury are engaging in a rare clash over the fate of key pandemic lending programs. 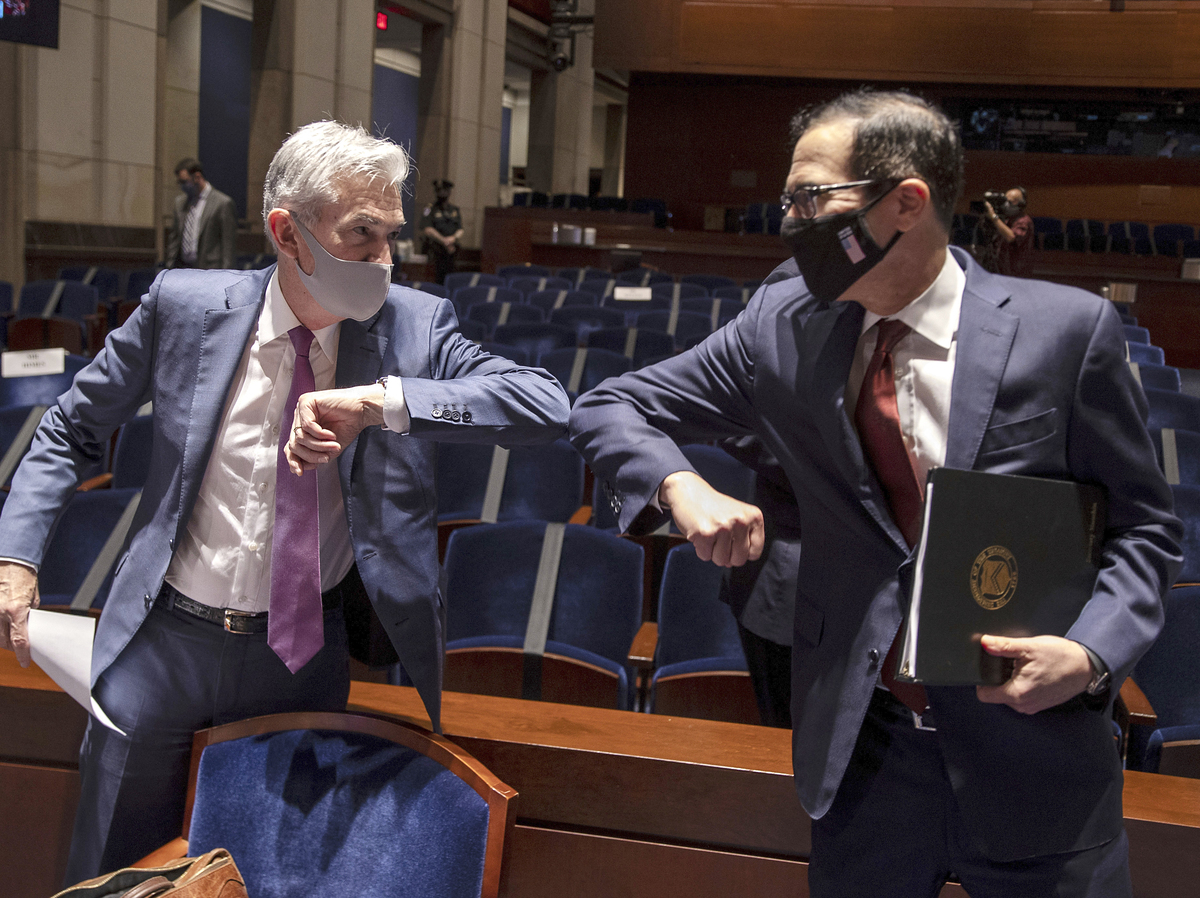 Fed Chairman Jerome Powell and Treasury Secretary Steven Mnuchin bump elbows at the conclusion of their testimony before Congress on June 30, 2020. The Fed and Treasury are engaging in a rare clash over the fate of key pandemic lending programs.

The Treasury Department and the Federal Reserve are engaging in an unusual clash over the fate of emergency coronavirus lending programs set to expire at the end of the year.

Treasury Secretary Steven Mnuchin wants the Fed to return money allocated for the emergency lending programs, which were set up by Congress in response to the pandemic.

Mnuchin said in a letter to Fed Chairman Jerome Powell Thursday that the funds are no longer needed because they “have clearly achieved their objective.”

Though the programs, of up to $454 billion, are largely unused, they were seen as vital in shoring up market confidence when Congress passed them in March.

The programs the Treasury is requesting to wind down include one that supports short-term debt issued by states and municipalities, as well as one that lends to small and medium-sized businesses.

But the Fed, which manages the programs, is pushing back against Mnuchin’s request, setting up a rare public conflict between the top two bodies responsible for U.S. economic policy.

“The Federal Reserve would prefer that the full suite of emergency facilities established during the coronavirus pandemic continue to serve their important role as a backstop for our still-strained and vulnerable economy,” the Fed said in a statement on Thursday.

Fed officials have been pushing for an extension of the programs. On Tuesday, Powell had argued in a virtual conference that the programs should be rolled over into 2021.

Democrats had also hoped the incoming administration of President-elect Joe Biden could use the funds to help fight the pandemic.

Powell and other Fed officials have frequently urged lawmakers for additional relief to fight the fallout from the pandemic. Congress has been unable to agree on another stimulus package because disputes over the size.

The clash over the fate of the pandemic lending programs comes amid a resurgence of coronavirus cases ahead of the winter. As of Wednesday, more than 250,000 Americans have died from COVID-19, according to data compiled by Johns Hopkins University.

Mnuchin’s letter requesting that the programs be shut down was quickly criticized by business leaders, who have argued for more congressional action.

“We strongly urge these programs be extended for the foreseeable future and call on Congress to pass additional pandemic relief targeted at the American businesses, workers and industries that continue to suffer,” said Neil Bradley, executive vice president of the US Chamber of Commerce, in a statement.

“We all need to unite behind the need of a broad-based economic recovery,” he added.

But some Republican lawmakers are supporting Mnuchin’s request amid concerns Democrats could use the funds for other purposes.

“These temporary facilities helped to both normalize markets and produce record levels of liquidity. Congress’s intent was clear: these facilities were to be temporary, to provide liquidity, and to cease operations by the end of 2020,” wrote GOP Sen. Pat Toomey of Pennsylvania in a tweet on Friday.

“With liquidity restored, they should expire, as Congress intended and the law requires, by December 31, 2020,” Toomey added.