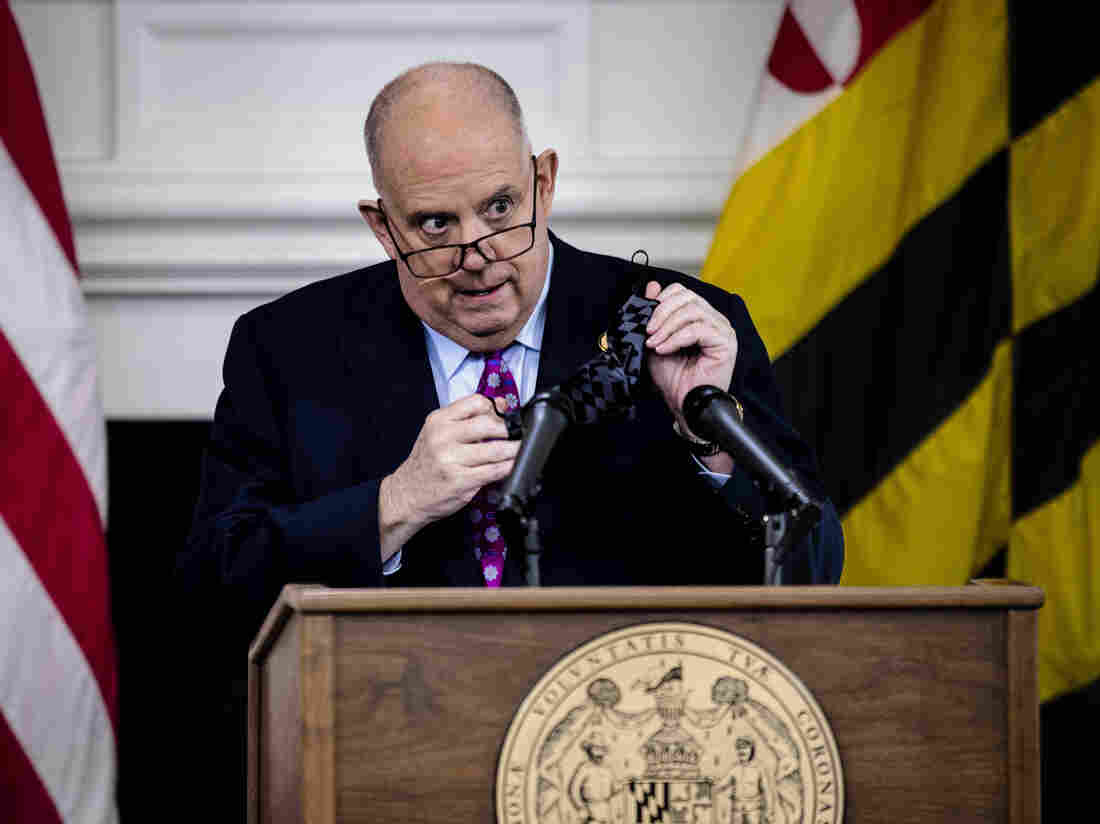 Maryland Governor Larry Hogan takes his mask off as he arrives for a press conference to address COVID-19 concerns in Annapolis, the state capital, on Tuesday. 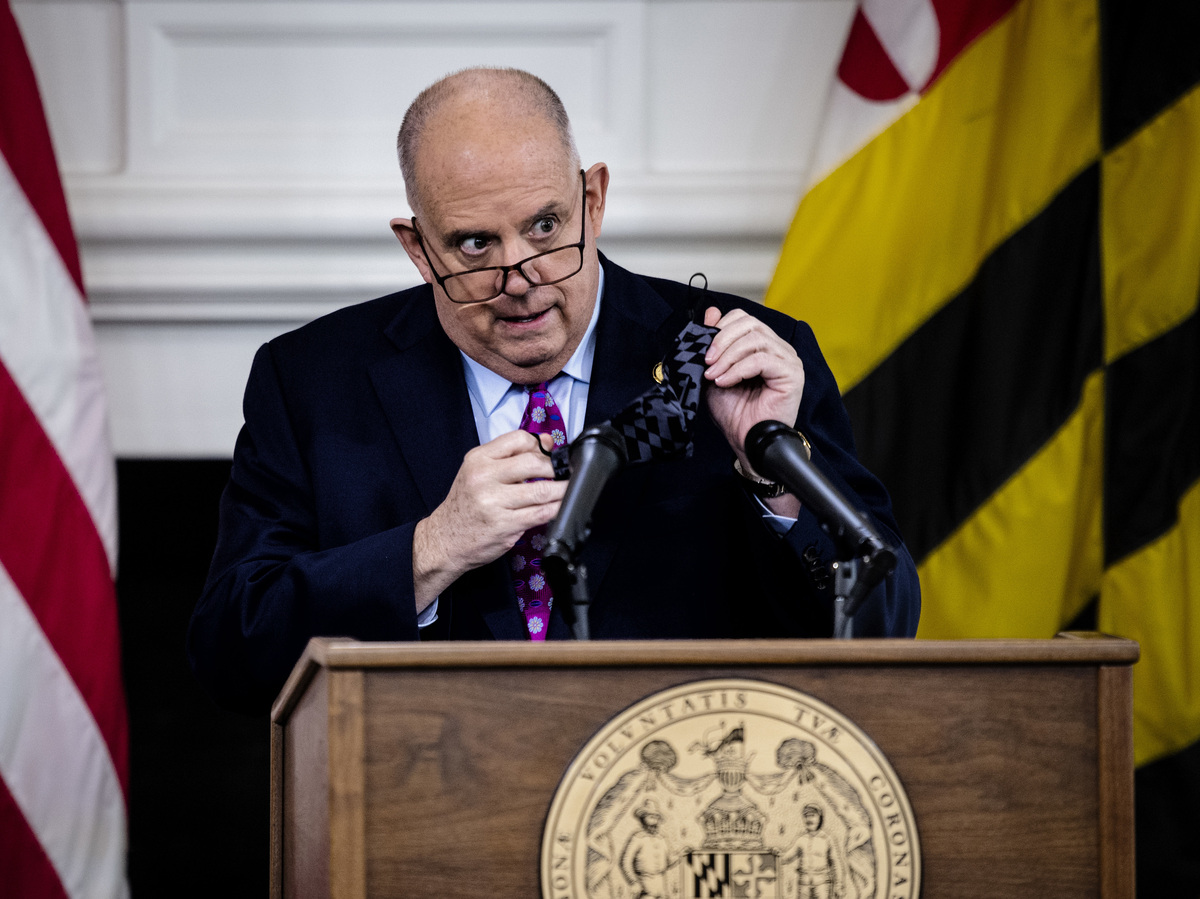 Maryland Governor Larry Hogan takes his mask off as he arrives for a press conference to address COVID-19 concerns in Annapolis, the state capital, on Tuesday.

With a national surge in newly confirmed coronavirus cases, Maryland Gov. Larry Hogan has issued an executive order allowing some inmates to be released early from the state’s correctional facilities to help stem the pandemic among both prisoners and prison employees.

The order comes as the Republican governor also issued new statewide restrictions for the general population.

Under the governor’s order, inmates eligible for early release or home detention include those whose prison term is set to expire within the next four months and are not serving time for a violent or sexual offense. An inmate’s medical condition and whether they are pregnant or have other special needs will be also taken into consideration in determining eligibility.

Inmates 60 and older with good behavior will be eligible for an accelerated consideration of parole, according to the order.

Prior to the inmate’s early release, he or she will be evaluated for symptoms of the coronavirus.

“An inmate displaying symptoms of COVID-19 is ineligible for early mandatory supervision, home detention, or accelerated parole,” the order states. It adds that the inmate will be isolated and subject to virus testing procedures and protocols.

The order also adds that any inmate released has to self-quarantine for a minimum of 14 days.

Hogan, who made headlines in the spring when he secured half a million virus testing kits from South Korea instead of relying on the Trump administration for assistance, issued a similar order in April allowing some inmates to be released early during the state’s first wave of coronavirus infections.

The state’s Department of Public Safety and Correctional Services reports that 1,199 inmates have tested positive for the coronavirus and 13 have died from virus-related complications as of Monday, the most recent data publicly available. Among the department’s employees, 857 have tested positive and two have died.

On Friday, a new round of coronavirus restrictions is scheduled go into effect statewide, including the closure of all bars and restaurants from 10 p.m. to 6 a.m., with the exception of carry-out and delivery services.

That executive order also restricts retail establishments and religious facilities to 50% capacity and bans spectators from professional and collegiate sports stadiums and venues.

As of Thursday morning, the state’s Department of Public Health reported nearly 175,000 confirmed coronavirus cases and more than 4,200 virus-related fatalities. The state also reported nearly 1,200 people are hospitalized due to the virus.

Worldwide, the United States leads all other nations in the number of confirmed coronavirus infections and deaths.

Some 11.5 million Americans are confirmed to have contracted the virus and more than 250,000 people in the U.S. have died from virus-related complications, according to Johns Hopkins University, which tracks COVID-19 cases globally.