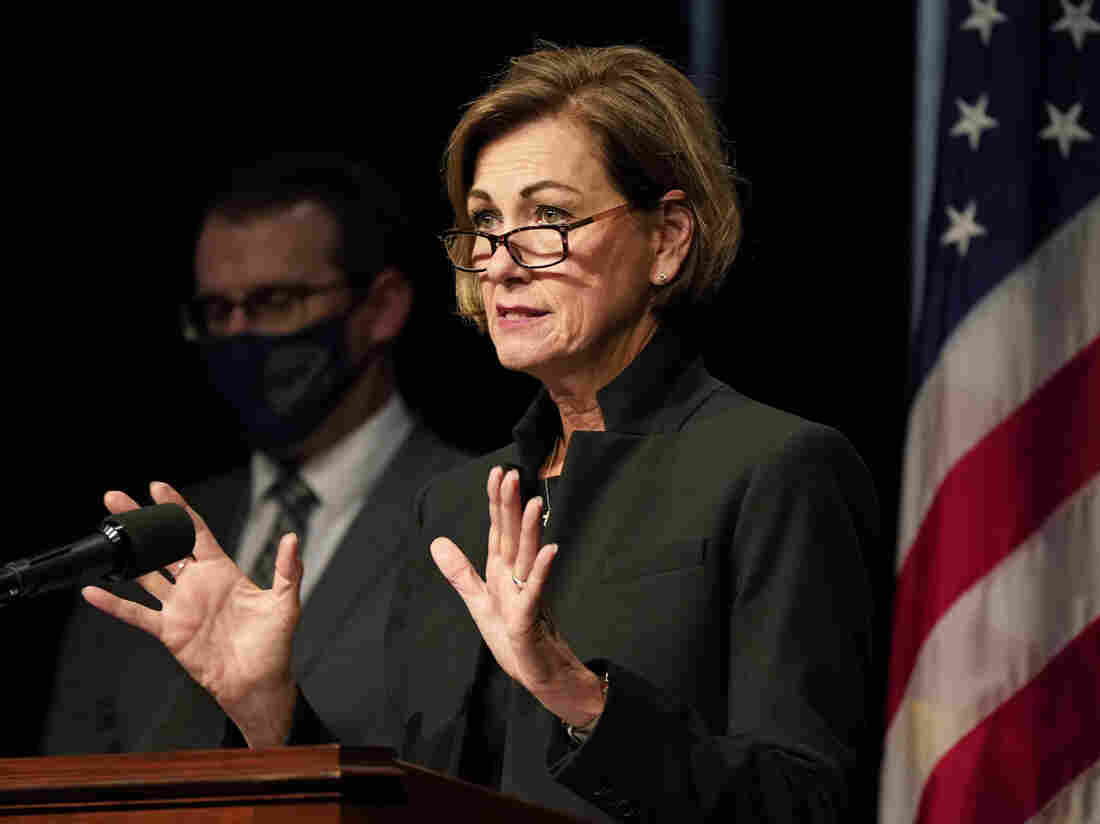 Iowa Gov. Kim Reynolds at a coronavirus news conference in September. After previously dismissing the need for a mask mandate, Reynolds on Monday abruptly changed course amid an upsurge in new cases in the state. 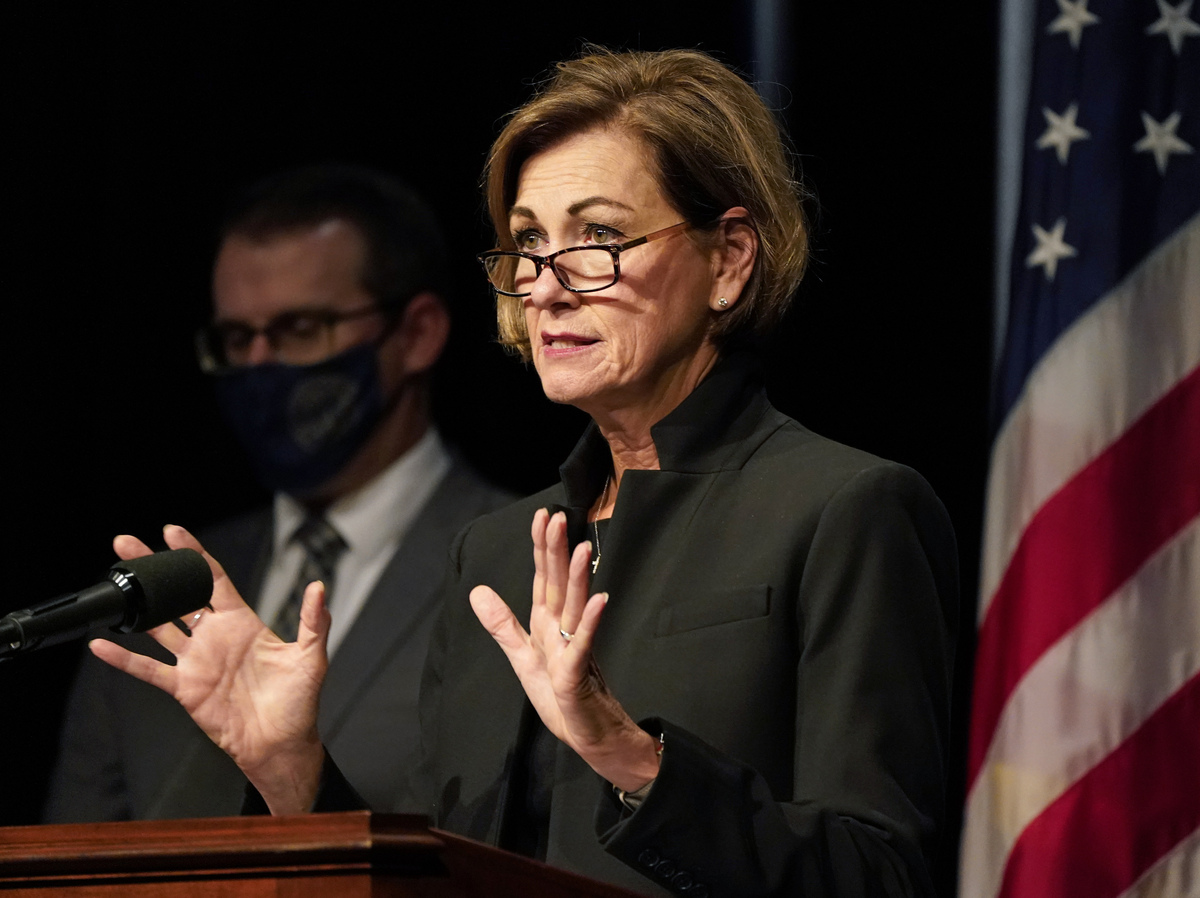 Iowa Gov. Kim Reynolds at a coronavirus news conference in September. After previously dismissing the need for a mask mandate, Reynolds on Monday abruptly changed course amid an upsurge in new cases in the state.

As hospitals in Iowa fill up with COVID-19 patients amid a major surge in cases in recent weeks, Gov. Kim Reynolds, who once dismissed coronavirus restrictions as “feel good” measures, has abruptly reversed course, issuing the state’s first mask mandate.

Reynolds signed a proclamation requiring Iowans over the age of 2 years to wear masks in indoor public spaces starting Tuesday.

“No one wants to do this. I don’t want to do this,” Reynolds, a Republican, said at a news conference Monday.

“If Iowans don’t buy into this, we’ll lose,” she said. “Businesses will close once again, more schools will be forced to go online, and our health care system will fail.”

Iowa on Monday reported nearly 3,300 new cases and 34 new deaths. Last week, the state hit an all-time high of nearly 5,500 confirmed in a single day, according to data collected by Johns Hopkins University. The latest numbers from the COVID Tracking Project show that as of the latest data, 1,392 people were being treated in hospitals in the state, 271 of them in ICU.

Iowa’s governor has limited gatherings for social, community, business and leisure purposes to no more than 15 people indoors and 30 outdoors, including family events. She also restricted bar and restaurant operating hours to 6 a.m.-10 p.m., with carryout and drive-through service allowed at other hours.

However, the new mandate includes a number of exceptions, applying only when people are within 6 feet of others for 15 minutes and they aren’t members of their households. It doesn’t apply to classrooms, routine office or factory work or spiritual gatherings.

In July, the Center for Public Integrity, a Washington, D.C.-based non-profit, reported that a White House Coronavirus Task Force document had prepared, but never published recommendations that 18 states with cases of 100 or more per 100,000 residents should be locked down to prevent the spread of the disease. Iowa was on the list.

At the time, Reynolds was recommending that Iowans wear masks in public, but declined to require it, instead allowing the state’s bars and gyms to remain open at full capacity with social distancing measures put in place. There was no limit on social gatherings.

“No, I’m not going to mandate masks. I trust Iowans. I believe in Iowans,” Reynolds told WHO radio at the time. “There’s no way to enforce it. Most of the states or entities that have done that, they’ve actually gone as far as to say we’re not going to enforce it, so it’s just kind of a feel-good.”