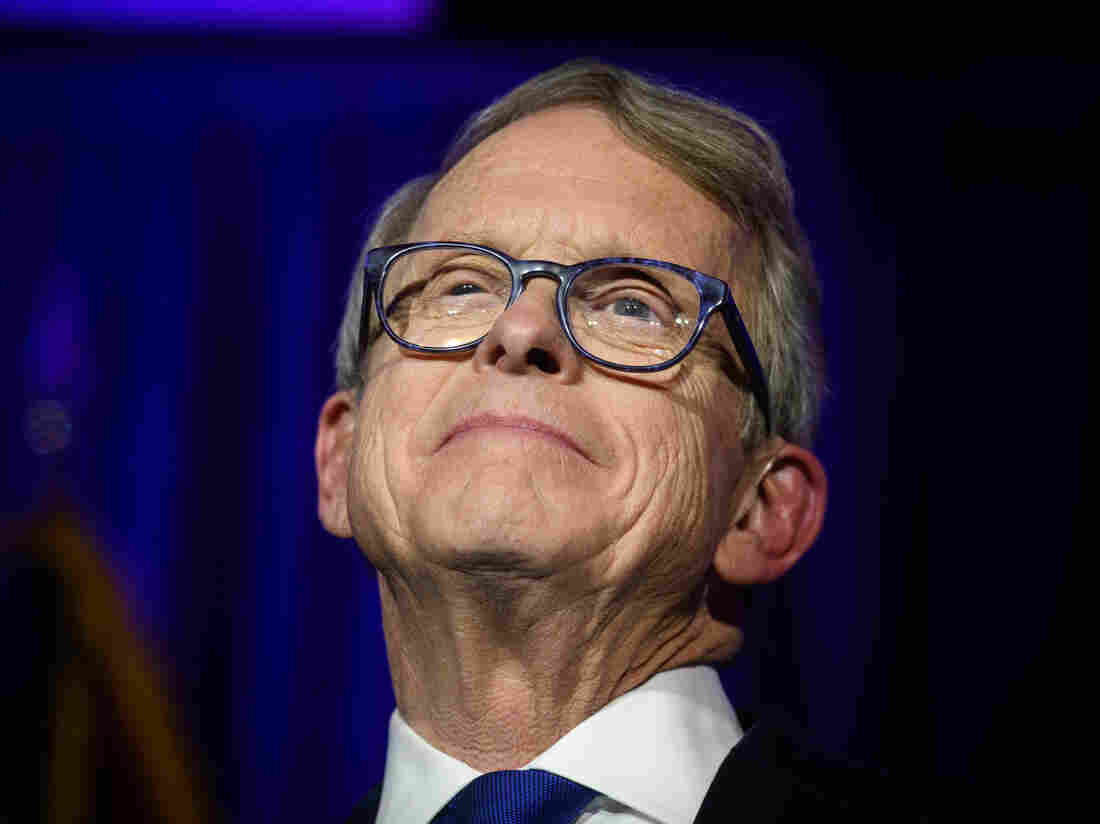 Ohio Gov. Mike DeWine, shown here in 2018, took steps early on to contain the pandemic in his state. 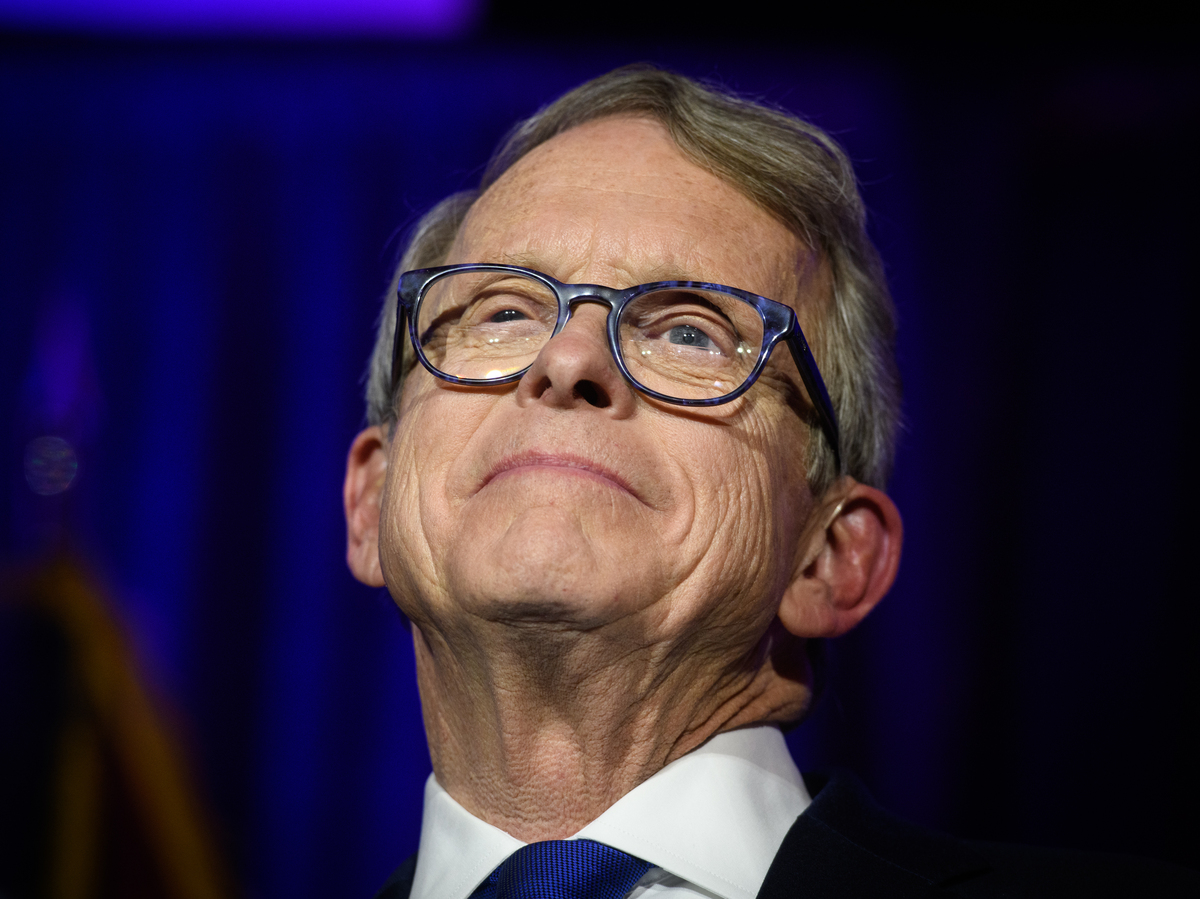 Ohio Gov. Mike DeWine, shown here in 2018, took steps early on to contain the pandemic in his state.

As COVID-19 cases continue to increase in multiple states, Ohio Gov. Mike DeWine is encouraging Ohioans to wear masks, socially distance and wash hands just as he has for months in an effort to contain the pandemic.

DeWine’s approach hasn’t been shared by President Trump. So how does he square his calls for masks and distance with a president who is not doing the same?

“I certainly wish the president had a more happy relationship with masks,” DeWine told NPR’s All Things Considered. “We know so much more today than we knew in March. We now know that these masks really work.”

Still, Ohio is experiencing some of its highest numbers of confirmed COVID-19 cases just as temperatures have begun to drop.

This week, the state has seen an average of 3,343 cases per day, more than double the cases in the state from three weeks ago. On Tuesday, the Ohio Department of Health reported a record daily case count of 4,229 — on Wednesday, they reported 4,071 additional cases.

As winter approaches and pandemic fatigue sets in, DeWine fears that it will only exacerbate the spread of the virus. He says the numbers of confirmed cases are “not going in the right direction” in his state right now. “They’re very quickly going up, and we’re very concerned.”

DeWine told NPR’s Mary Louise Kelly about how Ohio’s approach differed from Trump’s on the virus and how the state plans to attack the virus in the coming winter months.

Where we’re seeing spread in Ohio is not in schools so much, not in businesses so much, but in the personal decisions that people are making not to wear a mask when they’re around family, friends. We’ve seen huge spread come out funerals. We’ve had significant spread from people watching a football game together or doing something where they just let their guard down. And so as we try to analyze, OK, what do we do? If Ohioans understand that they can’t let their guard down, that realization I think is really what will make a difference, because it’s personal decisions that are being made, personal responsibility.

Most states or many states have done what we’ve done. They put on a mask mandate. We didn’t have a federal one. We put this on in July in our most hottest counties. And guess what? People started wearing a mask more. It can work at the state level and it has worked. What we see now is rural areas where they have not seen the virus. Now the virus is there. And so, you know, we got to get people to understand if you wear a mask, we can slow this virus down.

Part of the challenge for every governor and every state is people are sick of it. And there’s a fatigue that has set in. And what I try to explain to Ohioans is I get it. I understand. I feel it. We have grandkids that we’re not going up and hugging either. But we got to get through this. And if we let this virus run wild, it’s going to be horrible consequences and just gut-wrenching things for and great tragedy for many, many people.

Connor Donevan and Courtney Dorning produced and edited the audio version of this story. Christianna Silva adapted it for the Web.