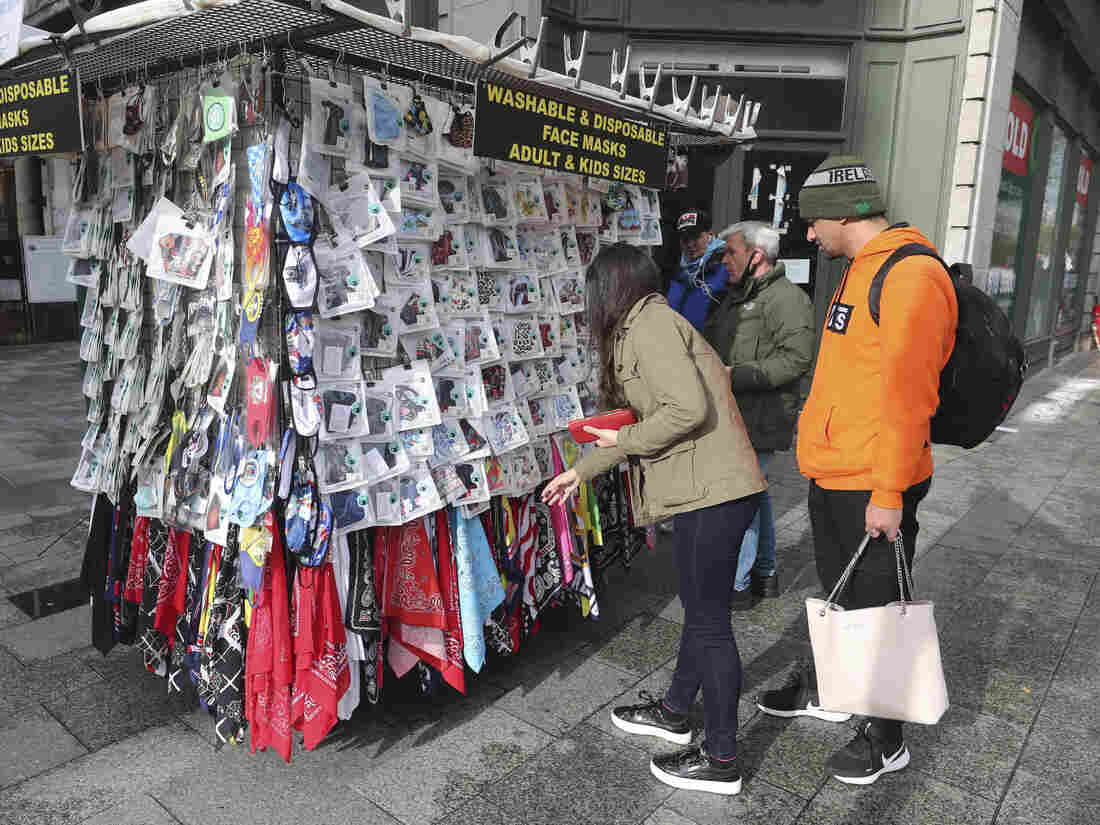 Shoppers buy face masks on O’Connell Street in Dublin, Ireland, on Tuesday. Ireland’s government is putting the country at its highest level of coronavirus restrictions for six weeks in a bid to combat a rise in infections. 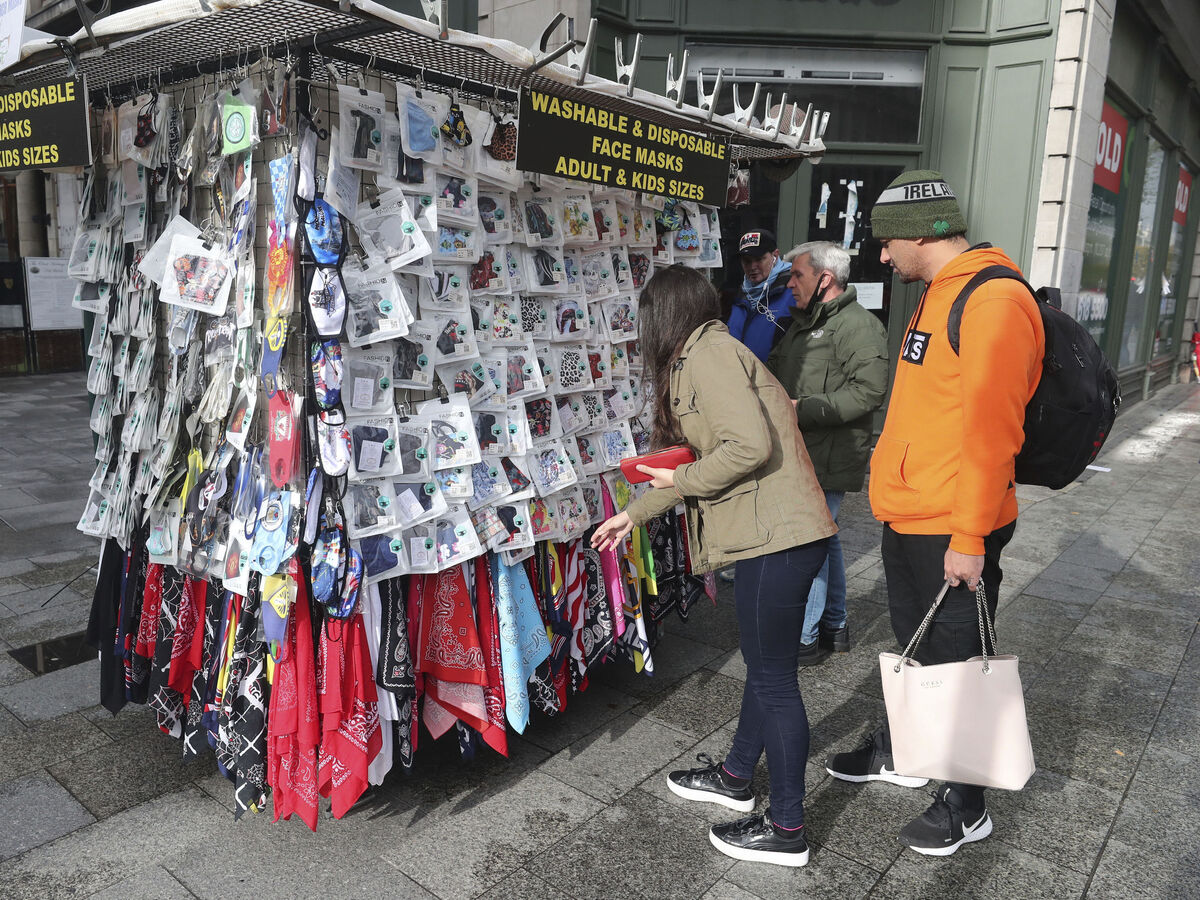 Shoppers buy face masks on O’Connell Street in Dublin, Ireland, on Tuesday. Ireland’s government is putting the country at its highest level of coronavirus restrictions for six weeks in a bid to combat a rise in infections.

Ireland will be the first European country to return to a nationwide shutdown as COVID-19 cases rise, Prime Minister Micheal Martin said Monday.

Nonessential retail businesses are ordered to close. Residents are expected to stay within about 3 miles of their homes, except for work and other essential activities.

The country is entering its highest level of coronavirus restrictions for six weeks, beginning midnight Wednesday night. The country expects 150,000 people to lose their jobs over the next “couple of days,” Deputy Prime Minister Leo Varadkar said.

“We’re making a preemptive strike against the virus, acting before it’s too late,” Varadkar said during the press conference Monday. “Our objective is to change the structure of the virus to flatten the curve again to get it under control.”

The government told residents to stay home and only exercise within 5 kilometers (about 3 miles) of their homes. Police will continue to use road checkpoints to deter longer and non-essential journeys.

Varadkar said there will be a penalty for travel beyond that distance, but he added that details are being finalized. There will be exemptions for work and essential purposes.

Ireland has seen nearly 51,000 confirmed cases in Ireland have been confirmed and more than 1,850 deaths, according to the nation’s Department of Health. Cases have risen by 75 percent since the beginning of September and the infection rate is 261 cases for every 100,000 people.

The country has a population of nearly 5 million.

Bars and restaurants will only be allowed to offer take-out services, but schools and essential stores will remain open.

Martin said some people, including adults living alone and parents who share custody of a child, could “link up” with another household to avoid social isolation.

The government estimates the costs for unemployment benefits and grants to support the economy to be about €200 million ($236.5 million) per week, Varadkar said.

Over six weeks the estimate is about €1.5 billion ($1.77 billion), he said. That’s not taking into account the potential drop in tax revenue from business closures.

“To business people, who will have to close their shops, gyms, restaurants and pubs tomorrow, I want you to know that you’ve done nothing wrong,” he said. “We’re going to help you through this by ensuring that there’s a weekly grant for every week that you’re closed, based on your turnover in 2019.”

Ireland is upping its pandemic unemployment checks and is asking for commercial landlords to give their tenants a break, he said. He also asked that business owners hold off on laying off their staff, adding that the government would provide assistance.

Just over two weeks ago, Ireland’s government rejected the recommendation by public health experts to impose this level of a national lockdown, according to the BBC. Instead, the country implemented a limited number of restrictions on gatherings and recommended people work remotely.

Varadkar stressed the government tried to avoid a national shutdown and said the objective is to flatten the virus’ curve.

“Lockdowns save lives, but they also come with huge costs: human, social, economic and psychological,” Varadkar said. “We can make sure the second wave is only a ripple, but that depends on all of us.”