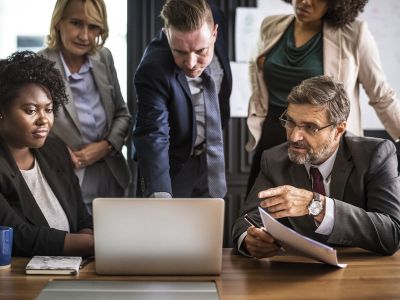 1. Ms. Guthrie’s first question to President Trump was if he was still experiencing any symptoms from this COVID-19 diagnosis. He said “nothing whatsoever.” When pressed by Ms. Guthrie if he had pneumonia during this COVID-19 illness, President Trump said, “No, but they said the lungs are a little bit different, a little bit perhaps infected.” He did not say infected with what.

2. Ms. Guthrie asked President Trump about a Sept. 26 Rose Garden event that more than 30 people, including the president, tested positive for COVID-19 after attending. She pointed out many attendees were not socially distant and or wearing masks, which is against CDC recommendations. In his response, President Trump said everyone was tested, but appeared to again question mask-wearing. He inaccurately cited the CDC in claiming that “85 percent of the people that wear masks catch it.” That is not what the report said. President Trump was referring to a Sept. 11 CDC report that found when compared to other social activities, people who dined out saw greater risk for infection.

3. The first question Mr. Biden received was about COVID-19 and how his response to the pandemic would differ from President Trump’s. Mr. Biden, as in previous debates, said he would have responded quicker, and cited a January op-ed in which he warned about the seriousness of the pandemic. Mr. Stephanopoulos asked Mr. Biden if he called for social distancing and a mask mandate back then. Mr. Biden said he did not, but as understanding of the disease has progressed, he now wants a national standard for a COVID-19 response.

4. A voter asked if Mr. Biden would take a COVID-19 vaccine if it was approved before the end of the year, and if he would mandate a vaccine for the public. In the vice presidential debate, Mr. Biden’s running mate, Sen. Kamala Harris, said she wouldn’t get a vaccine approved by President Trump, but would if scientists said it was safe. Mr. Biden said he would take a COVID-19 vaccine and encourage others to as well if the vaccine had passed appropriate clinical trials. He added that, “we should be thinking about making it mandatory,” but said people wouldn’t face fines if they didn’t get it.

5. The ACA was brought up during both town halls. When answering a question about the Supreme Court, Mr. Biden said the health law is “very much in jeopardy.” On Nov. 10, the Supreme Court is set to hear a White House-backed lawsuit that seeks to overturn the ACA. During a healthcare question asked at his debate, President Trump said, “We’d like to terminate [the ACA], and we want a much less expensive healthcare.” He did not specify what a replacement would look like. President Trump again said the ACA’s protections of preexisting conditions would be kept. However, if the Supreme Court does invalidate the ACA, those protections will no longer be intact.

More articles on leadership and management:
Barrett on ACA: ‘I am not hostile’ to the law
Missouri hospital CEO put on leave over personnel matter
American Hospital Association fills vacant board seat