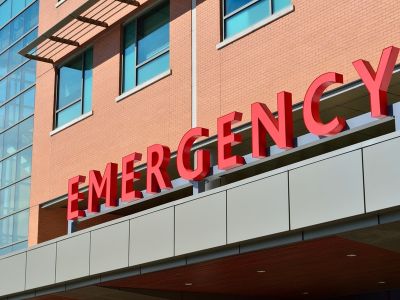 Since Jan. 1, fifteen hospitals and health systems have announced, advanced or completed expansion and renovation projects with price tags of $1 billion or more.

1. Children’s Healthcare of Atlanta received a $200 million donation to support its $1.5 billion campus expansion. The gift will help fund construction of Children’s Healthcare of Atlanta’s new hospital and outpatient medical facility. The 1.5 million-square-foot-hospital, expected to open in 2025, will include a 19-story tower with two wings, operating rooms, specialty beds and space for clinical research.

2. The Brooklyn Hospital Center in New York is planning a $1 billion campus modernization. The project application, filed in September, calls for building a cancer center, ambulatory surgery center and an outpatient diagnostic center.

3. A $1.4 billion Army hospital in El Paso, Texas, is slated to open next March. The William Beaumont Army Medical Center, originally slated to open in April 2017, is $629 million over budget.

4. Trustees approved Ohio State University Wexner Medical Center’s plan to build a $1.79 billion inpatient hospital in Columbus. The proposed 1.9-million-square-foot facility would be 26 stories and have as many as 820 beds.

6. Cleveland-based MetroHealth covered the steel frame of its new hospital tower Aug. 3. The tower, which will sit on a 52-acre campus, is part of a $1 billion campus transformation plan.

7. UC San Francisco said it plans to construct by 2030 a $1.5 billion replacement hospital on its Parnassus Heights campus. The hospital on July 7 selected the architects for the hospital.

8. Duarte, Calif.-based City of Hope purchased a 190,000-square-foot building and 11 acres of land as part of a $1 billion investment in a new hospital and cancer research center in Irvine, Calif.

9. Children’s Hospital of Philadelphia is planning to build a 22-story patient tower. The tower is expected to open in 2027 at a cost of $1.9 billion.

13. A planning group for Seattle-based Harborview Medical Center recommended $1.74 billion in upgrades for the hospital. Area residents are scheduled to vote on the proposed measure in November.

14. Louisville, Ky.-based Baptist Healthcare System said it plans to invest about $1 billion on upgrades and expansions to create the next-generation healthcare system.

15. Mass General Brigham in Boston, formerly Partners HealthCare, announced during the J.P. Morgan Healthcare Conference in San Francisco in January that it plans to spend $6.1 billion on capital projects to expand into New England and abroad in the next five years. Mass General Health said May 15 that management will cut its planned capital expenditures by about 50 percent in fiscal year 2020, a reduction of about $550 million in spending.