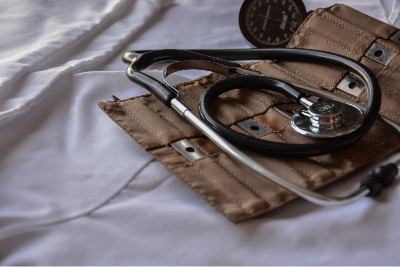 Cardiologist Gary Idelchik, MD, has filed a lawsuit against Clearwater, Fla.-based BayCare Health System, alleging he was fired for raising concerns about care quality at St. Joseph’s Hospital in Tampa, Fla., but the health system contends he was fired because while at work he spoke about using guns to shoot people, the Tampa Bay Times reports.

Dr. Idelchik joined BayCare in November 2018 to serve as medical director of the cardiac catheterization laboratory at St. Joseph’s Hospital. A news release from BayCare about his hiring does not mention his duties in the cardiac lab. He was fired in July.

Filed in Hillsborough County Circuit Court in July, the wrongful termination suit states that Dr. Idelchik was placed on administrative leave for talking about guns in the workplace. But Dr. Idelchik claims that though he asked for more information about the allegations, he was not interviewed or investigated by the health system administration.

While Dr. Idelchik was on administrative leave, he was asked to complete a fitness evaluation, but he refused, his suit claims. He was fired about one month after refusing to complete the evaluation, according to the suit.

Dr. Idelchik claims in the suit that he was fired for criticizing the working of the cardiac catheterization lab, stating in the suit, “among the practicing cardiologists, procedural expertise was low and complications were high and undocumented,” the Tampa Bay Times reports.

Dr. Idelchik said he previously filed a complaint against St. Joseph’s Hospital with the Florida Agency for Health Care Administration detailing his concerns regarding the complications and lack of documentation in the lab.

The lawsuit states that BayCare was aware of his complaint with the state, but the health system denied most of his claims and moved to dismiss the case.

The health system denies that he was responsible for improving patient care and overseeing surgeries and procedural practice in the lab, the Tampa Bay Times reports.

Becker’s has reached out to BayCare Health System for comment. The article will be updated when more information becomes available.